THE BIG ONE - the IWM, coming on 18-19 May 2019! Check the video then grab an info pack from www.ukwmpaintball.com

Reading Entity was the factory team of the NSPL. Competing in Millennium Division 1(SPL2) in 2009 and then competing in the Millennium SPL Division 2010/11

In 2013 we competed in the CPPS Elite division (7th overall)

In 2014 we placed 9th overall in the CPPS Elite division as we had to work our way back up from Division 1. We placed 5th in Elite at two events a

nd also got a podium 3rd place at the CPS in Rome. Entity officially paired up with team Ultraviolets this year to become brother & sister teams, supporting each other with training, networking and promotion.

2015 saw preservation of our Elite division spot and the creation of our sister team, Reading Entity Cribbs competing in Division 3 of the CPPS.

Any one else remember this classic league? http://www.nspl.co.uk/

Check out https://www.facebook.com/PaintballMag/ who took some great photos of us from the last cpps!

Paintball Magazine, Every quarter we hope to bring you unbiased reviews, covering all aspects of paintball, from new kit, tournaments and scenario games.

Looking for a div4 player for sunday. msg if you can play. 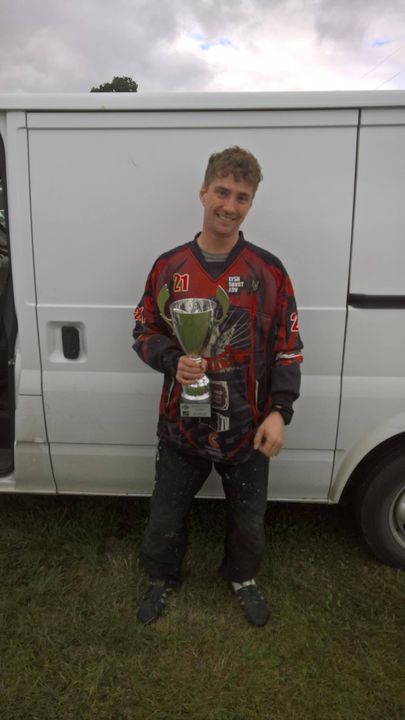 Reading Entity have won some silverware. We came 3rd in division 1. It was a hard day especially in the morning where we kept losing with lots of great games.

Thank you to all the teams we played against, Volatile, Fearless, Samurai, Topcats and warped for giving us great games. I would have said thank you to Tigers as well but they beat us 4-0... we didn't enjoy that.

Thank you to our main sponsor Laysick.

Calling all Entity players from the 1st, 2nd, 3rd, 4th etc generations. WE NEED YOU. Like we are running low on players, I mean we have your car keys, beer, wife... please contact us.

So it's been a long time since posting. So... This year is another rebuild year for both squads. We're always looking for players at any skill level. So drop us a message if you want to come play with us! 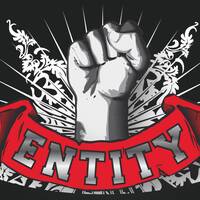 We hear at Reading Entity would like to say the M500 should make paintball more level and fun.

Also we would like to announce our new sponsors for loaders this year Gorila!!

So the Reading Entity 2015 season is over.
We are on paper the 10th best team in England! We would have liked higher but that's what next year is for!

Also well done to Reading Entity Cribbs who finished 6th in Division 3. It was there first year as a team and they have done us all proud!

Big thanks to the companies that have supported us.
Valken
Laysick
Cribbs Pro Paintball Centre

We'll be on a recruitment drive for for 2016 season. If you feel you're ready to play against the top players in the UK or want to play in a competitive league please PM us :D

So we are all back from our tour of the South East (Bricketwood and one 4 one).

We had a great weekend, playing a lot of paintball between the 10 guys who came away with us. We feel sharper and better than we have for the whole year.

Thanks all our sponsors for making this team run!
Laysick
Valken
Cribbs

So we are invading London! We will be down at Bricketwood today and 141 on Sunday.
Come down and play some paint ball with us :D

New team line up for CPPS this weekend featuring the ultimate player from Norton.

See you on the field

So who would be interested in playing Elite Division in the CPPS if they could?

The future of paintball?!? Maybe not but HK Army couldn't resist taking the self balancing 2-wheel "hoverboard" onto the paintball field!! Watch the fun as M...

Our old status creative direct has taken a back seat due to creative differences... He will be missed as he brought in over a 1,000 reaches each post.

So next weekend we will be playing MSPL at Campaign Pro Paintball Centre shooting Valken. Book in if you haven't already!

But it's okay as our boys in the REC (Reading Entity Cribbs Pro Paintball Centre) team got our back by actually winning a lot of their games.

Sunday games, Please feel free to tag and share, support our photographers by buying our magazine or hiring them to cover your teams at events!

We have been scouting for more talent to bolster the squad. Probably won't bother now.

theladbible.com Because they're always right

It was a long day bossing the CPPS scoring a massive 10 out of 12. But don't be fooled, we still managed to find time to innovate a new gun rack. If you want your own then it's just £20 from us direct. Message the page or speak to one of our players for a free test run.

Entity pro tip #42: If you can't put up netting without injuring yourself, you probably shouldn't be allowed to handle a gun.

Watch Dave Bains manage to get through an entire interview without even acknowledging the fact he has a beanie pulled over his sunglasses.

Entity Allstars are a hip hop, skip and a jump away from a golden buzzer!| Britain's Got Talent 2015

After ranking only 8th after the first two CPPS tournaments. We decided to follow the old adage;
"If at first you don't succeed. Start an entirely new hobby and perform for Simon Cowell and his has-been mates."

Naturally we got the gold.

See more from Britain's Got Talent at http://itv.com/talent Simon spots a familiar face when this 20-piece dance crew appear on stage. The trail-blazing trou...

We kept it on the down low but like all the other UK teams in Bitburg we also set out to compete this week.

On Thursday we decided to spoil our Millennium player passes as we don't believe in Europe.

Friday was gritty. Unfortunately after 5 years of training, Big Nige didn't cut it when we finally decided it was time to get him off the bench. Maybe he should have drank less pints and stopped calling the Romanian ref bad for our sport if he really wanted to make it.

Fortunately we knew where we went wrong in the first game and our Scottish counterpart really stepped up to pull back a win in the last minute in his home town.

With a poor point spread we knew we had to win our Saturday game by a large margin to pull through to Sunday. It was a very tight game, with only 1 point in it. Connor fought dirty by necking a married woman, however Dave did an incredible job in securing a win by pulling a slightly older bird.

Unfortunately we didn't seed high enough to make it through to Sunday. But we have learned from our mistakes and we will be back next time fighting for the podium.

We would like to thank our employers for sponsoring us this weekend. If it wasn't for you we would have had to spend the taxpayer's money to get the rounds in.

Busy few weeks for us... CPPS round 2 done and we even joined up with our sister team Ultraviolet Paintball Team at the Cribbs Cup, over at Cribbs Pro Paintball Centre.

Gotta say a big thank you to Laysick Subvert Advancements for the kit, it is looking immense out there on the field and to Valken Sports for the paint, seriously beautiful paint, we cannot praise enough

So our development team, REC, got a 4th place at the Cribbs cup, playing together for the first time under coach Harry, who learnt how to really get a banana down there.

Can't wait to see these guys test themselves at the CPPS this season.

We trained against ECI on Sunday, at Cribbs and it's important we share that information with you all. If we don't then it might as well not have ever happened. They challenged us on the field and we both beat each other quite a few times and I'm sure we can all agree that's generally a good thing.
Huzzah!

First scrim of 2015! Good days work against Reading Entity at Cribbs in Bristol.

Lots of points and different plays tried. Roll on 2015 and CPPS!

This Sunday at Cribbs Pro Paintball Centre it's going to be Eastside vs Westside as we bash heads against ECI Veterans for a scrim day!

Looking forward to training with these guys as they always give us a fight!

Other Amateur Sports Teams in Reading (show all)

Welcome to the home of the 2013 Reading and District League Division 3 West and J. Lusted Cup Double Champions.

Football club in Spencers Wood, Reading catering for all ages from Mini kickers to seniors and vets. Please get in touch if interested in joining.

We are a prosperous club with a long tradition of nurturing talented and aspiring young cricketers to be the best that they can be. Reading Cricket Club is a friendly, vibrant and progressive cricket club that features competitive and successful teams.

The Reading Knights are the University of Reading's American Football team who compete in the 1A South league of the BUCS competition.

Reading Ultimate is an Ultimate Frisbee team, based in Reading.