Sensational shines in ongoing Krad Premiere League as he took a fifer while conceding just 18 off his spell of 4 overs.
did this job in the famous SACS Krad for against 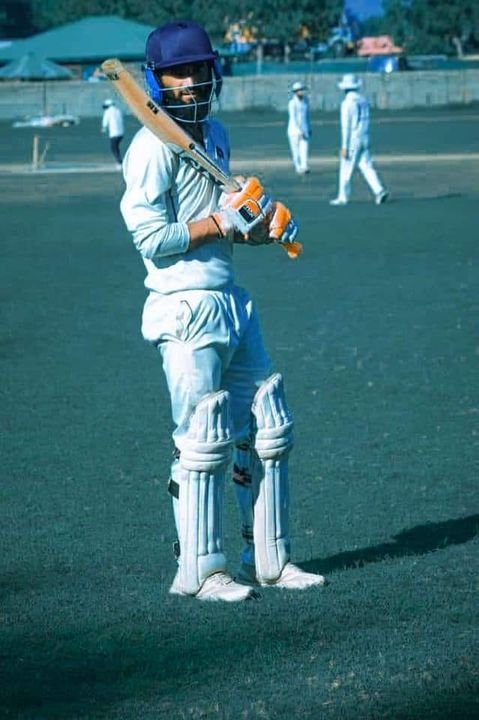 Mudasir ashraf played an incredible inning of 97 at trag ranipora,which led his team to success and at the end was awarded with trophy

Muzamil Abass | Muzamil mills ( Medium pace bowler )from Achabal undergoing treatment . He is in the ICU Request For everyone pray hard for his recovery.
Shukriya 💖

for whole Anantnag as a Young fast bowler who hails from got a trial call from SunRisers Hyderabad .
According to his family,he had gone for the 3 day trial camp in and performed very well and they are much happy to see their son on a big platform.
Buntooru Bluez. wishes a bright future.

Even Cristiano Ronaldo knows! Babar Azam in action on Sunday 👑🐐

Sad news for Pakistan and Pakistani fans.
While bowling in the nets Mohammad Wasim Jr reportedly has complained about the back pain and has been sent to Hospital for MRI scan.

Buntooru bluez defeated green galaxy sheikhpora by 146 runs in the ongoing Bontoru super league t20 EDITION 16 underway at Bontoru Anantnag, organized by BONTORU cricket association. At the end, #,sajad bhat was adjudged as man of The match for his brilliant and incredible knock of 75 runs and take 2 wickets

JAMMU, State Sports Live: Sensational Speedster from Jammu and Kashmir, Umran Malik has been named in India ‘A’ squad for 4-day matches against New Zealand ‘A’, begining in September.
The All-India Senior Selection Committee has picked India A squad for the four-day matches against New Zealand A starting next month. New Zealand A will tour India for three four-day matches and three one-day games.
As per the reports, the red-ball matches will be held in Bengaluru and Hubli in Karnataka, while
the squads for the white-ball games to be played in Chennai will be announced later.
Meanwhile, Umran has expressed happiness over his selection and is raring to go.
Umran said he will grab the opportunity with both the hands and will give his best to once again make it to Team India.
India A squad for four-day matches: Priyank Panchal (Captain), Abhimanyu Easwaran, Ruturaj Gaikwad, Rajat Patidar, Sarfaraaz Khan, Tilak Varma, KS Bharat (wk), Upendra Yadav (wk), Kuldeep Yadav, Saurabh Kumar, Rahul Chahar, Prasidh Krishna, Umran Malik, Mukesh Kumar, Yash Dayal, Arzan Nagwaswalla.

❤️😘
All players are busy with mobile phones but Muhammad Rizwan reciting the holy Qur'an in the bus from hotel to airport in Netherland.
Road to Victory, 𝗜𝗡𝗦𝗛𝗔𝗟𝗟𝗔𝗛 ❤️


BUNTOORU BLUEZ wishing you a happy Eid Mubarak .
May Allah SWT accept our prayers and fasting.May this Eid bring happiness and peace in our lives..
"Best wishes from

Legends vs kawarigam..
EG sports kawarigam batted first, post a target of 193.
The chase was held by Ramiz sheikh 45(44) and Suhail Ahmad (habibi) 77(41) who took the charge till the equation became 42 off 24. After Suhail's dismissal, But Abid Mushtaq can't stop his pure class brilliant hitting as the chase was done by sparing the last 4 balls.

Ahmad (habibi) was given MOM.

Today Buntooru Bluez defeated kawarigam xi by 6 wikets under the able leadership of Aqib lefty.All the players contributed which ultimately leaded the team blues to victory. continues to manage his form and scored 66 of 46 for which he was adjudged man of the match at the end.....

Buntooru Bluez defeated Malik sports Tanjimulla by 128 runs in the ongoing Winter Cup underway at SACS KRAD Anantnag, organized by krad cricket association. Mudasir Ashraf scored 50 runs of his brilliant know ... At the end, Lefty was adjudged as man of The match for his brilliant and incredible knock of 51* of 26 and take 1 crucial wicket for his Team ..

wani was given MoM in today's pre_quarter final played at Trag Ranipora against Tailwani sports
Bluez after batting first Post a target of 207 runs. Mudasir Ashraf scored 49 (30), Aqib lefty keeping his good form continue put a cool thirty and manage to finish his inning on 36 (21) In Death overs Irfan Ah scored quick Fire of 29(15)
Tailwani Sports failed to chase the target and could Post only 131 in return. The top order was uprooted in the first poweplay by Feroz sir(c) (2wkts) . Later in middle wani (6wkts), with the ball left Tailwani Sports hopeless. Although a late comeback from Saqib kaka 43(20) was not enough to save the scrambled ship of Tailwani sports.

COME AND SUPPORT US..

Crime of was same.

Here we present the List of 24 teams that have been registered for the Third Edition of . ( GPL)...


Today Reyaz one of the best wk batsman of kuthaar smashed another ton 118 of 68 and Ashraf with his consistent performance scored 62 of 29 against shahemdaan CC tailwani which helped the team to make place in finalz....

bluez deafeted friends xi Ranipora by 10 runs in the ongoing Ranipora T20 Priemere League underway at Ranipora Stadium Anantnag organized by Ranipora Cricket Association. Mr ramiz sheikh was adjudged as man of the match for his brilliant bowling as he took 4 wickets.

Squad for the first T20I:

edition 2nd
defeated ranipora sports by batting first B.blues scored 186 in alloted 18overs.mohd scored 68 scored quickfire 34,28 and 24 respectively in reply ranipora could only score and took 3wickets each at the end was adjusted man of the .