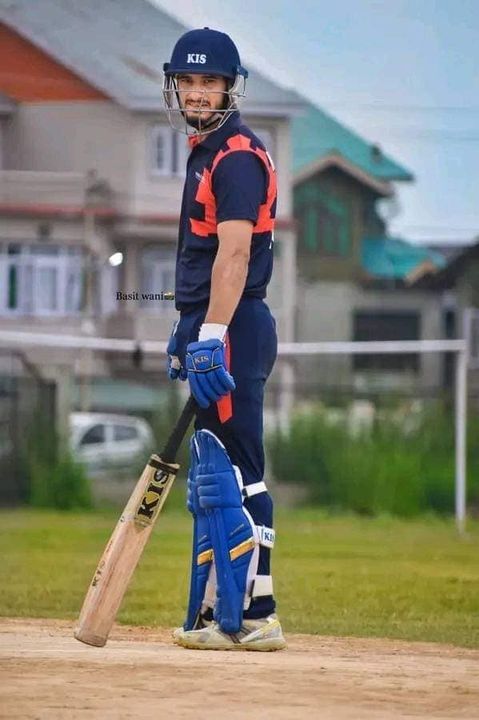 Alhamdulillah
For this Grand finale

Aasif Mughal shines in Khrew Premeire league.
Today a match was played between Jamia 11 and Star 11 Kashmir.
Batting first Jamia 11 put a decent score of 171 runs on board.
While chasing Star 11 Kashmir won the match in the 18th over for the loss of 7 wickets.
Aasif Mughal was sensational with the ball today as he took 5 wicket haul that lead Star 11 Kashmir to a great win.
Aasif Mughal also contributed with the bat too,
As he smashed 20 runs in just 6 balls.
In the End Aasif Mughul was awarded as Man of the match award for his brilliant all rounder performance.
bluez

Bright future cricket club beat Ahagam11 by 29 runs
was declared MOM for his bilistring innings of 122runs just 54balls and also took 3wickts with the ball.

Earlier toss won by ROYAL BLUES and they elected to BAT first.

Batting first they played very brilliantly right from the beginning of the innings and thus posted a very decent TARGET of 165 RUNS. SHAKIR BAROOD again played a brilliant knock of 66 Runs ❤️

RCC RESHIPORA while chasing this target had a very slow start and thus were in no position to chase this TARGET. Although they showed some intent to chase this TARGET in the middle but soon they lost their Lone Batter who was sent back in a Stylish way , MURSALEEN MUSHTAQ bagging a stunning catch,for which he was facilitated later on and thus ended the winning chamces of opposite team 🔥❤️📢

SHAKIR BAROOD for his brilliant Match Winning performance 66 RUNS and 2 WICKETS, was awarded Man Of The Match 🔥❤️

MURSALEEN MUSHTAQ was also facilitated for his stunning Catch 🔥🔥🔥

2ND match was played between RBA and WSC Batting FIRST RBA set the target of 165in 2O overs..Following the Target WSC lost their match in the 18.5BALLS .MOM was shared between IDREES and YAWAR for their brilliant performance 55runs by bat and 1 wickets also 4 wickets by yawar ...

Assalamu Ali k*m to everyone
This is to inform that New CHAMPIONS CRICKET TOURNAMENT is being played at Shamsiporap Stadium
One of the finest ground of District Anantnag
So,the intrested teams to play in the said ground Can contact the below mentioned ph no,s
7006318867,9622690701
SPL MANAGEMENT

Second match was played between United CC Hardpora vs JK Royal blues.
Batting First United CC Hardpora lost early wickets and were not able to put enough total on the board as they only managed to set a target of 105 runs,
Umer Alam who was playing for JK Royal blues took early wickets for his side and was very accurate with his first spell of bowling.
While Chasing the given target JK Royal blues chased it in only 6 overs and it was Gulzar who made 63 of 20 balls and got his team home.
Later Gulzar was given mom for his outstanding performance. 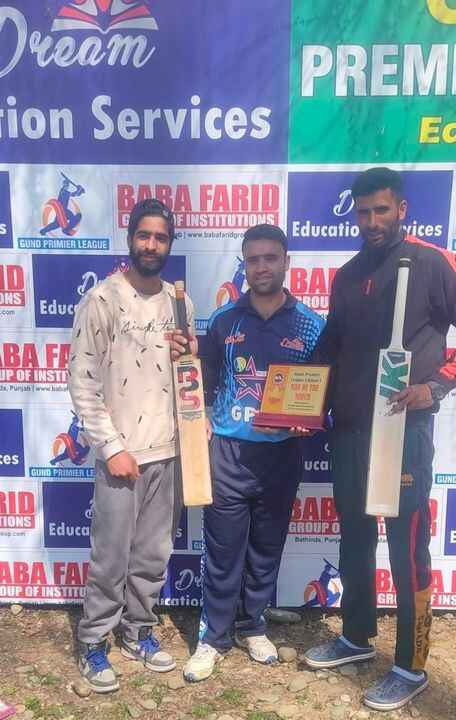 Gund Premier League edition 3 2022:
Asif Mogul shines in JkRoyal Blues Gund win against Larkipoora 11.He fired 98 runs.Batting ist.Royal Blues set a huge target of 260 .Following the target Larkipora failed to chase they only made 100 runs. Kachra was top class in his spell took 3 important wickets and gave 15 runs in his spell.Asif mogul for his outstanding inning of 98 was MOM

I am looking for 2 quality pacers 1 genuine finisher for KPL and other Leagues for Team (JK Royal blues).Help me to identify the talent once preferably in the age group of 20_29.

Today 2nd match in batapora premier league a very interesting one was played between tachloo and anzwala sports in which tachloo won the match by 5 wickets with three balls remang Arif ramzan played a very brilliant inning of 62 and he was awarded man of the match also he took 2 wickets.Earlier Anzwala win the toss and decided to bat first and they made 159 in 20 overs chasing a target of 160 tachloo made the score very easily in which all the recognised batsmen take their responsibly on their shoulders and reached the target very easily . The turning point of the match was fielding of tachloo sports especially Dilber Farooq when he was fielder at short mid on when he fielded a ball and throwed directly on wickets the batsman who was declared runout was the backbone of anzwala sports.