Are you ready to step out of your comfort zone? To network with people around the globe, to finally work on those self development goals of yours?

Well! Wait no more, for AIESEC in Sikkim is recruiting.
AIESEC is a youth run organization helping youngsters like you develop and become a better version of yourself.
And in return all we demand is your never ending enthusiasm to achieve the best.

I am glad to share this post that today this SMIT student of majhitar are on there mission Swacha Bharat Sarva Shiksha Abhiyan.
Let us all thank them for motivating and doing such a great job. 👍👏

Today I want to keep some few word about this man as we can see his live video every day .
His name is Mr Laten Sherpa .
I only want to ask you all is that is he really doing his job for society or the things is.........!
Please do comment 👍

Everything is okay at Salugara says local youth of Salugara. They claims tackling miscreants and disturbing factors who are involved in denying ration, goods towards Hill.

OMG this banks are killing us 😡😱
Interest rate very high
It's only highest 4.5 interest in USA

#GoodNews from #BBMotors in Sikkim
Deals in 2nd Hand Cars

9/7/2016 at 5:30 am my sister Tshering Doma Bhutia who was a cardiac patient admitted in the so called Intensive Cardiac Care Unit of STNM Hospital collapsed. At that instance five oxygen cylinders were brought, four cylinders were in the ward and one was brought from the emergency department. None of the oxygen cylinder had oxygen in it, it could supply oxygen to her for maximum of 1 minute only. We had to get involved in doing the active management of my sister in that situation right from doing CPR, drug administration till arrangement of oxygen cylinders due to insufficient staff in the ICCU. My sister was given critical 48 hours for observation and instead of the doctor being available there, he reaches the hospital 20 minutes after my sister collapsed inspite of being informed priorly. After he reached, to be in safer side he was busy explaining the condition of my sister to us and not taking his fault that the hospital was not able to give their 100% to save her.
I am her sister and being in medical profession I could make out the carelessness they are doing, but what about the innocent people who become the victim of their carelessness?
I just want to make all the people aware that today it's my sister who died but this incident may happen to any one because somebody's family member is dying every second due to the hospital's carelessness. So, we need to be alert and always fight for our right because we know the value of our dear one's life. 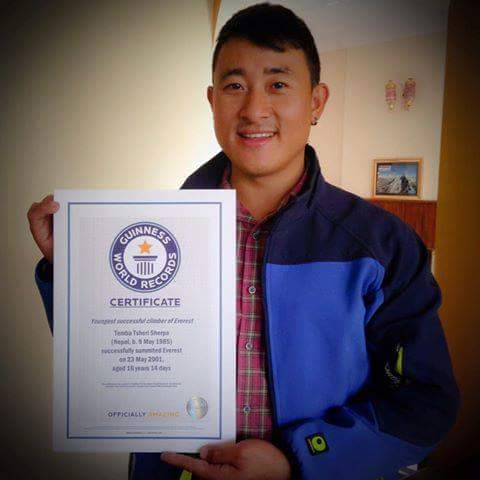 Hello sikkim this is to inform you that Mr zigmee tamang has been appointed as VHS all india president of sikkim he want to bring changes in our #society #village #town #state then after in our lovely #country all can join his party to help him for good things #Buddhist #muslim #christan #sikh etc all are well come in his party .
so any youth those who want to bring changes can join and do something for our mother land .
Soon they are having press conference in gangtok .

Good job "monastic school " we all are prowed of you we want more social workers like you all in our society to keep our sikkim clean and green ...
But small problem if you had tight that dust bin with wire instead of rope it would had been more lasting any way Good job ??
#forest #monasticschool #sikkim Electricity consumer questions on Electricity Bill
Despite announcement done by CM regarding 100 Units free electricity for rural area BPL family, the same thing has not been mentioned in the bill.
Interestingly, in my case the bill does not show Unit Consumed rather amount has been mentioned just like that.

Student during exam putting there full concentration on exam to get ........!!! Thanks
CE VOS
Voice Of Sikkim

Beware of this ...plez don't make your self fool

Is this not monopoly of such stockists? Can authority take unto action against them or can't dare to take action?? People/Consumers need Answer!!

VOS is getting numerous msgs regarding the shortage of water in and around gangtok area.

Public daily routine is hugely affected due irregularity and shortage of water supply.

'Rs 3 cr worth public web portal to be designed. Who will work on it is still suspense and how its going to help public is even more suspense. Interesting thing is that there are more than 100 state owned public portals which are lavishly occupying web space and are renewed each year unfortunately seem paralyzed when it comes to catering information.
Either those information are half done, 404 Page Not Found, or simple displays blank page.
Well, interesting what big bazooka is this new Rs 3 Cr web portal will do magical is awaited , applying thumb rule ..'

I am a professional GYM trainer. IRON BODY PUMP. 5th of car plaza. "be a first good news" let the people know by us the real meaning of life,, We are trying to promote dance as an art form, a boundless art form which will soon be free from the chains of dependence.