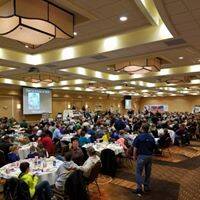 Last year was a sold out banquet and this year is on its way as well. Get tickets while they are available! We have additional space but tables are filling up fast! Over 30 guns, coolers, calls, home décor, hotel stays, guided fishing trips, decoys, blinds, safes, knives, and more! Bring the whole family, you do not want to miss this event! April 7th at the DEC!

The Aberdeen Delta Waterfowl Chapter brings their youth weekend to Flatland Flyways for a couple days of shooting and gun education!

This weekend is free admission & fishing at all South Dakota State Parks!

We will be giving away over 30 guns on Tuesday May 5th at the Eagles. Come and have some fun and support habitat!

BANQUET TONIGHT AT THE EAGLES CLUB

Please take 1 minute to fill out this survey in regards to using a hunting guide services.

surveymonkey.com Megan Sandmeier, Brady Lambert, Juyoung Kim Our topic is to research how individuals would select, purchase, and use a guide service in the hunting industry. Our goal is to find behaviors and attitudes that influence the consumption activities of hunters and huntresses.

rapidcityjournal.com Terry Weaver took advantage of Sunday’s summer-like weather to launch his boat and do some fishing at Angostura Reservoir southeast of Hot Springs.

mitchellrepublic.com The idea for the new flowering mix came in a joint effort by GF&P and Pheasants Forever biologists.

aberdeennews.com With warm temperatures and only remnants of snowdrifts dotting the countryside, the Aberdeen Gun Club is already working on improving its grounds in preparation for the upcoming trap league season. However, early maintenance on the existing equipment

aberdeennews.com A new ice fishing league in northeastern South Dakota will wrap up its inaugural season with two tournaments slated for later this month. The SODAK Ice Fishing League was formed last spring and held its first tournament in January. Its last open tour We are a local 12 inch softball team that plays in Aberdeen SD.