This is the official page for Lobo Men's Soccer Alumni.

Dear Alumni - This weekend is homecoming and there are a few events you are invited to. 1-Come join the Lobos for a 10 a.m. training session on Saturday at Robertson Field. (Please park in the Dirt Lot just South of the UNM Baseball field and let the parking attendant know that you are a UNM Soccer Alum. ) 2-Soccer Tailgate on Sunday 11 am -12:45 pm Parking Lot North of Soccer Complex
*Tailgate is open to the general public. Food and Beverage will be available. All present alumni will be recognized at halftime of Sunday's match. Hope to see you this weekend! 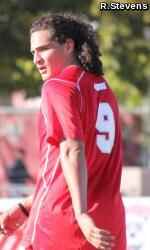 golobos.com The Jeremy Fishbein's Lobos might not roll out another undefeated season, but this 2012 pack should be one of the nation's finest. UNM opens the season Friday at UCLA. 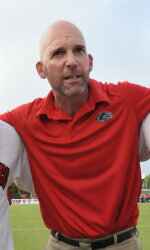 golobos.com The Lobos' opener at UCLA on Friday, August 24th will be featured on the newly-formed PAC-12 Network.

golobos.com Head Coach Jeremy Fishbein briefs the Lobo Faithful about the program as it prepares for exhibition season.

In case you missed it, alumnus Justin Sells was featured on GoLobos.com

golobos.com Justin Sells is one of the all-time greats of the Lobo men's soccer program with soccer still pumping through his veins.

You can watch the Lobo game live on the USF website. GO LOBOS!!!

Here is the recap from the Lobos last spring weekend in Las Vegas. http://www.golobos.com/sports/m-soccer/recaps/050311aaa.html

Lobo Alumni, if you are in Las Vegas this weekend come by and check out the team. We play 2 matches at UNLV vs Cal State Fullerton and UC Irvine. Kickoff is at 8am and 2pm.

Thanks for making this such a special event Lobo Alumni!
http://www.golobos.com/sports/m-soccer/recaps/042411aaa.html

Just a reminder to all of you coming to the festivities. The Alumni/Current team banquet will be April 22nd at 6:30pm.
The ALS All-Star Alumni game will take place April 23rd at 6:30pm with the gates opening at 5pm for the silent auction. Hope to see all of you there.

Any suggestions on how to best utilize this page would be great.

I'll have more pictures up later. Perhaps some in color in honor of our younger generations.

Some of you have indicated that you would like a Lobo Alumni page. I've put some pictures up to help get the site started and inserted a welcome tab you can check out too. Thank you to all of you who have sent in your updated contact information. Lets stay connected.

Official page We are a fabulous year-round swimming and water polo team based in Albuquerque. We have a long, rich history in New Mexico, including training some of the country's most successful athletes!

NM Punishers is team comprised of special kids and coaches from clubs throughout state of New Mexico!!!

TLC Development Team, is a Junior cycling, based out of Albuquerque New Mexico. We are here to win!!

Cycling team based in Albuquerque, NM. In the pursuit of personal records and camaraderie.

"It's not about being fast, It's about getting faster"

We are a basketball club located in Albuquerque, NM, playing in the Albuquerque Youth Basketball League as well as area tournaments.