You know how we do it. Competitive paintball team out of Albuquerque, New Mexico. Currently competing nationally in the PSP division 2.

In 2012 Duke City Coalition became the first team out of New Mexico to not only compete in a Division of 2 or higher, but they also went on to win the PSP Galveston event convincingly without loosing a single match. To learn more and to see some cool things visit our website http://www.DukeCityCoalition.com

went 1-1 on the day. Tomorrow is a fresh start. Thanks for all the support from our boys and fans!!

Check out the live webcast for our matches today here:

Cool video from one of our friends, check it out for some clips of us from World Cup. It was a Coalition/DST collab.

Heard some bad news that the team may be breaking up. So I didnt have enough to make a part 2 movie, so i decided to make a mix video. Video Includes all i s...

Had a rough sunday, lost to boom and ac402 and ended up 4th place. Thanks to all our supporters. Since we hit 300 likes maybe we'll give away some team swag

Just beat Leverage in the Ochos. Moving onto the next round

Rough day today but made it through. We play at 1 PM tomorrow.

2-0 today. On our way to bringing home the cup

World Cup is right around the corner. DCC will be playing D2 for the final event this year, stay tuned for more updates! 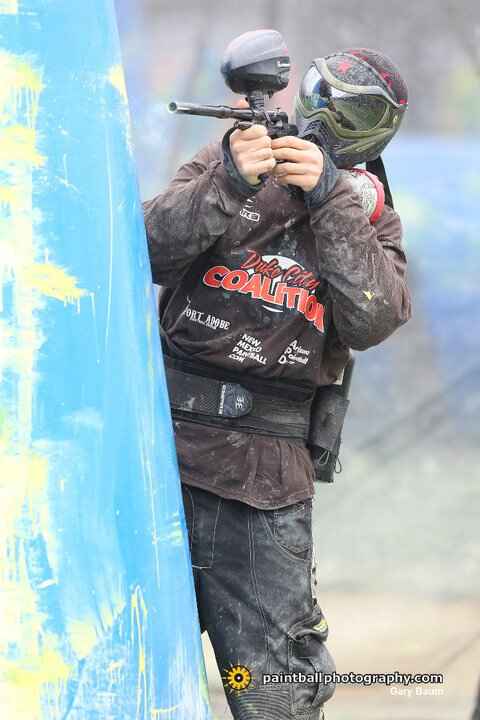 Everyone should try and pay their entry today for the tournament, it will things go alot smoother.

We'll be doing a charity tournament in honor of Connor Porter August 12th at Hinkle Family Fun Center Paintball. All proceeds will goto Connor's family. This will be a streetball style tournament with randomly drawn teams so don't worry if you don't have a team. Mark it on your calendars

Great turnout at the tournament today. 22 teams in all! Thanks to everyone who came out. If youre in ABQ make sure to watch the 10 oclock news on chn 7, they should b running a spot on the tournament.

Who's ready for some paintwarz??

Announcement for everyone playing in the tournament coming up. We will be running all the rookie games first in the morning then onto the open games. Open teams - We will have an open captain's meeting at 11 am so you don't have to show up before then unless you need to pay entry. Entry fee's are still due before 9 am, no exceptions.

Tournament is a little over a week away and there are only 3 spots in each division left! If you have been thinking about playing you better register fast!!

Almost tourney time! Has your team signed up yet??

Everyone should check out this video. All of it filmed locally

My final project for school... Thanks for everyone's help, couldn't have done it without you! Shot 100% with a GoPro Hero 2

Thank you to all of our sponsors for the help all year. We wouldn't be competing if it wasn't for you, time to shake off the bad event and get focused on Chicago.

Went 1-1 today. Thank you all for the support!

Our prelim matches for this weekend:

If you are in Pheonix come say hello!

Lunas is closed. Practice is cancelled.

Psp phoenix is a week away! Now would be a great time for you guys and gals to try out our donate button. Help support local paintball, any donation would be greatly appreciated!

Another limited run shirt. Only a few of these left for sale, purchase them either through us or at hinkle.