BearCanyonBarbell is Bear Canyon Crossfits Olympic weightlifting club. Our focus is strength through expression of technique.

In the sn**ch and clean (and pulls), the goal is to keep the shoulders at least slightly in front of the bar until the bar is around mid-thigh level.
.
This doesn't mean that the hips won't start opening a little earlier, but the shoulders should never be behind the bar before this approximate point.
.
#sn**ch #clean #pull #weightlifting #catalystathletics #garagemind #loudmindquietmouth #usaw #iwf @john_squats

When doing sn**ch or clean pulls, the bar should never move away from the body - use these as practice for creating the proper contact between the bar and body without causing or allowing the bar to swing forward in reaction.
.
#sn**ch #clean #pull #weightlifting #catalystathletics #garagemind #loudmindquietmouth #usaw #iwf @jessicalucero9

In the split jerk, ideally the front shin is vertical or even slightly behind (this photo shows a suboptimal position with the knee in front of the ankle).
.
This creates a stronger structure to maintain the position and prevent shifting forward in the split.
.
#jerk #splitjerk #weightlifting #catalystathletics #garagemind #loudmindquietmouth #usaw #iwf @chelsea.ryan

Planks are a valuable exercise for any athlete who needs to stabilize the trunk against unwanted movement (to be clear, every single athlete on earth). However, plank ex*****on is more often than not poor, which limits the effectiveness.
.
(Top photos) Keep the upper and mid back extended as well as possible - don’t hunch. The upper and mid back should be independent of the lower back, which should be held in neutral position with the abs.
.
(Bottom photos) When using weight, center the weight over the lower back, NOT over the upper back - you’re fooling yourself if the weight is being largely supported by the arms.
.
In general - create a straight line running through the ankle, hip and shoulder - don’t pike or sag.
.
Keep the lower back neutral rather than tucking the pelvis under (posterior rotation) - this will be the position you have to stabilize your trunk in when lifting.
.
#weightlifting #catalystathletics #garagemind #loudmindquietmouth #usaw #iwf #plank #stability 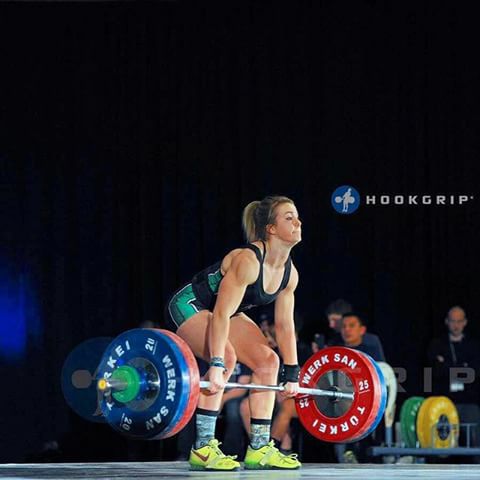 Dont forget new cycle starts today!!! Please bring a notebook or a way to track your weights for this cycle. Itll make your life easssier!!! All levels welcome!!

[02/21/17]   Hey Team! We will be starting a new cycle the week of the 6th. So if this is what youve been waiting for then dont waste no time. Come learn how to efficiently lift and get more practice with the olympic lifts. Big things in the future!!

[01/04/17]   If anyone wants to compete in an official Weightlifting Meet, this is your first opportunity of the year to do so. For women, there are new weight classes that have no records set, and any successful lifts completed in those categories will set the NM state records. Another local meet will be held in February, more details about that one coming soon.

Kayla with a PR 85lb Sn**ch last night! This was a number she had been chasing for the past few months and she conquered it pretty easily.

Sam hit new PRs last night! She's made a lot of progress in her lifting, and it shows in both lifts. Way to go Sam!!

Trent with a PR Clean last night. He missed the Jerk this time, but we're sure he will get it soon.

If you are interested in owning a pair of Weightlifting shoes, now is a good time to grab a pair.

Kayla with a Back Squat PR. Then another Back Squat PR with some encouragement from the squad! More Personal Records on the way.

"Too often I find athletes sustain injuries because they were more concerned with HOW MUCH weight was on the bar rather than how well they moved. This needs to change. Our training has become too sensitive for public approval. We bypass fundamental movement skills and instead place our emphasis on how many plates we can put on the bar. We place athletes in great danger and risk of injury by taking this strategy. Crawl, walk, RUN. Great athletes lift massive weight with amazing technique. Yes they are strong - but you can only reach your true potential in the iron game when you emphasize technique." - Dr. Aaron Horschig

A Weightlifting Etiquette Handbook for CrossFitters

Most sports have some form of etiquette, Weightlifting is one of those sports.

breakingmuscle.com Just because we may have pumped a little life into weightlifting, doesn’t mean we get to trample on its traditions. 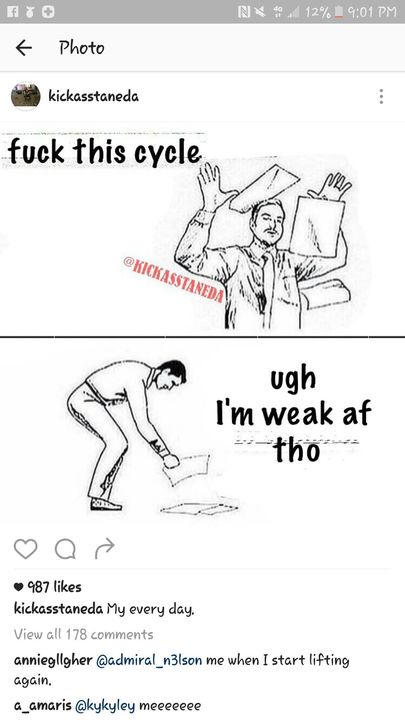 General feedback on the new cycle..

When they ask for music to squat to, you throw on Katy Perry. 😂 This group is killing the new squat program. All aboard thr #gaintrain

Bear Canyon Barbell a.k.a The House of Gainz!

Bear Canyon Barbell continues to help members improve their technique and strength. Matt with a 255lb (PR) Back Squat!

Janice working on improving her technique during Bear Canyon Barbell Club. A lot of people miss the contact during a lift, she showed improvement in just one class. This is 95lbs, her current 1RM.

barbend.com The World Championships returns to the United States in 2017, which also hosted the 2015 competition in Houston, Texas.

[10/15/16]   Good luck to Coach Mundo, while he lifts today at the miller weightlifting meet!! Also good luck to all the lifters participating! 🏋🏋🏋

Based off what coach mundo and i have seen, leg strength cycle is next. Time to get strong!! #bearlegs

Other Gyms in Albuquerque (show all) I have trained all ages and fitness levels. I feel that my workouts are challenging, effective, energy efficient and enticing. Come on, give them a try and exercise with me! Call me at 505-440-0447 or email: [email protected] Our mission is to change lives in a results-driven culture that makes working out convenient, affordable, and enjoyable. We are the first facility to combine the endless benefits of hot yoga with the innovated TRX training system. Feel better, balanced, and healthy now!