We are a Traditional Dojo that specializes in Okinawan Karate and Weapons as well as Chinese White Crane Boxing.

www.iflscience.com Those hands were made for punchin’. Well, that’s the conclusion of newly published research, which suggests that our hands didn’t evolve solely to improve manual dexterity, but also so that males could engage in games of fisticuffs over females. That would suggest, controversially, that the human fi…

A substitute for makiwara a heavy bag does not make

In Okinawa, there is a saying, "your mind does not get disturbed by being beaten up, but by (you) beating up others." -- Master Shoshin Nagamine 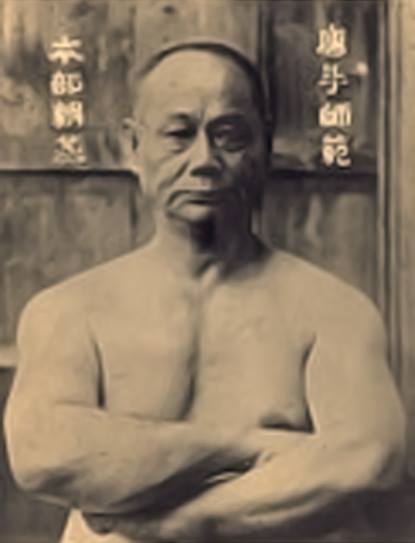 Squat Lower, Punch Harder....Motobu Sensei is unconvinced of your prowess

This holiday season give someone you love the gift of martial arts instruction. Not only is it truly a gift that keeps on giving. It might just save a life. Call 505-898-1313 for information on classes.

Nothing can replace a strong foundation. Bruce Lee would not have been the artist he was without a traditional upbringing in Wing Chun.

In battle, if you make your opponent flinch, you have already won - Miyamoto Musashi. The psychological aspects of combat are worth considering when training.

Understand that sparring and even fighting in a ring is not true combat. That said, you don't want the first time you get hit in the face to be in a street fight.

Strength can only exist in the presence of Resistance......

Martial Arts is (or should be) a striving towards a blend of self-perfection and self preservation. It is important to know the difference when training. Too often I hear criticism about the effectiveness of traditional martial arts, from practitioners of "reality-based" systems, both in the community and on youtube..."oh that looks cool but it will never work..." I'm sure you've heard similar things. In an age where we are obsessed with instant gratification and immediate returns, it is easy to overlook the the value of kata. It's value in the sphere of self-perfection is fairly obvious: we do these forms thousands of times to discipline our minds, develop mastery over our bodies, and honor the tradition of the dojo. It takes a little more critical thought to reveal the value of kata in the sphere of self-preservation. At face value, kata seems rigid and unbending and therefore impractical for the the dynamic and unpredictable nature of fighting. However, through training the kata, with attention to detail and the corrections from Sensei, you will begin to uncover basic principles of fighting in the kata that the author was trying to convey. As you move through rank and experience, more of these principles will make themselves more apparent. It is like peeling back the layers of an onion. But this can only come from training kata thousands of times, hours upon hours, and listening to the corrections Sensei gives. With experience then, you must learn to think critically about kata in practical application, through drills, and self defense, and to some extent Bunkai. Sensei does this all the time, and beautifully. In this sense, I feel that I can respond "Not only is karate, and kata, absolutely effective, it is downright lethal." If you have doubts about this, keep training the kata exhaustively, meditate reflectively, and hit makiwara ruthlessly. Martial arts a life path ----Much love from Washington DC, Sensei Matthew.

earthweareone.com Shaolin Kungfu practiced by monks from Shaolin Monastery takes martial arts to a brand new level. As Shaolin monks believe the strength comes only from the mind, there are almost no limits to what can be done with their bodies during the trainings. They practice techniques centered around

WING CHUN VS JEET KUNE DO

Addicted to the GYM

We are mind blown at this kid's motor skills and quickness with the nun chucks. Incredible potential!

See more at: Addicted to the GYM

What It's Like To Be A Woman At Night

Try two free classes...It might just save your life.
https://www.youtube.com/watch?v=NGW9UjCTjY0

When in doubt of your technique, put it on the post.

Remember, there are no good styles or bad styles....only good teachers and bad teachers, and we have a GREAT one! Happy Father's Day Sensei David! Thank you for being an awesome martial father.

In moment of violent combat, do not punish your enemy...kill him

This 7-Year-Old Blackbelt Can Totally Beat The Sh*t Out Of You | 9GAG.tv

groupon.com Local businesses like this one promote thriving, distinctive communities by offering a rich array of goods and services to locals like you

New Years resolutions fading in the rear view mirror? Come build a sound body and mind with us! Check out our Groupon Deal - $60 for a month of classes!! https://www.groupon.com/deals/david-erler-s-west-side-shorin-ryu-dojo

groupon.com Local businesses like this one promote thriving, distinctive communities by offering a rich array of goods and services to locals like you

Check out our Groupon Deal- $60 for a month of classes!!
https://www.groupon.com/deals/david-erler-s-west-side-shorin-ryu-dojo

Other Martial Arts Schools in Albuquerque (show all)

At Premier Martial Arts, we make sure that each student receives personal attention and encouragement while progressing at their own pace. We help instill discipline and respect, and boost confidence while helping them become physically and mentally fit.

From the living room to The War Room, we are a haven for BJJ practitioners to grow and learn.

We are located up to 5400 Sevilla Ave. NW. We offer martial arts and boxing. Good energy no negat