We use no chemicals, follow permaculture practices as closely as possible and welcome all visitors. We want you to have fun, relax, work, play, ask questions or just observe.

Clasped weft weaving. This is a scarf that was given as a Christmas present. 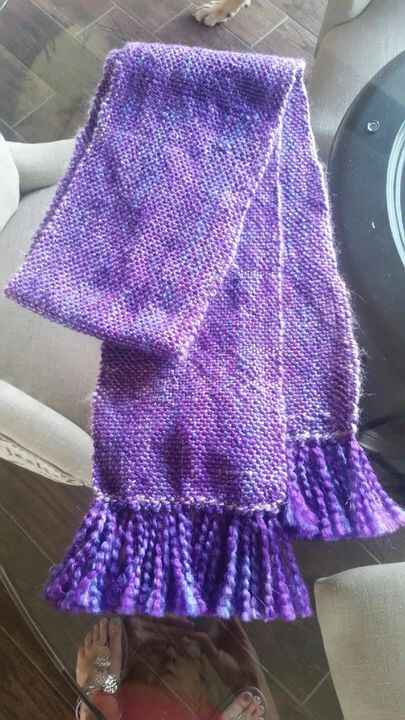 I could see setting up a Tiny House Village here on The Funny Farm. Plenty of room for 5 or 6 like this. People could garden and have animals and all work together!

countryliving.com A tribe of teeny houses may be headed to your neighborhood.

Decided to practice a bigger piece using some Red Heart yarn that I got at Walmart before I attempt to warp up the loom with the expensive stuff. Here's my first real project and I'm pretty happy with it. Right now it's finished off as a scarf, but I'm thinking that I could cut this piece in half and make a couple of bags out of it. :D

New "toy" for The Funny Farm! It's a 32" rigid heddle loom. I already have some special yarn to make some awesome things out of. I see LOTS of fun in my future. :D

Photos at www.flickr.com/andreaskay/sets/72157658179635954 from the Sumaco Volcano expedition in Ecuador with herpetologists Alejandro Arteaga, Konrad Mebert...

Blues, greens, lavender and a bit of burgundy 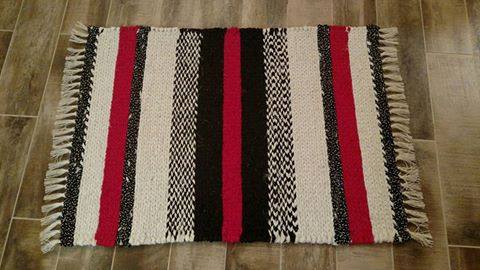 Rag rug made on a twining loom.

I've been making water kefir, using the special kefir grains, but I'm going to try this now also. Since I have a ton of frozen strawberries (and other fruit) in my freezer, I'm going to try flavoring some with those also.

Thank you for watching! If this was helpful please "LIKE" it and/or "SHARE". You may also "SUBSCRIBE" if you want to :) For more videos please see our playli...

Can You Build a House With Hemp?

Growing industrial hemp was illegal in the United States after 1970 because the industrial plant and marijuana were considered to be the same, when in fact t...

As I've said before, we do NOT have a "production" problem when it comes to being able to raise enough food for people. We have a distribution and WASTE problem. In many parts of the country - and in many other countries, having enough food for everyone is more of an economic issue. Meaning that the food is there but the majority can't afford it. :(

This is the 4th year for my Hansen cherry bushes. Only a few their second year and I didn't know what to expect so I think I missed them and/or the birds got them. Last year, there were quite a few more but I tried one and thought it was nasty. This year they are LOADED and taste great! So I went out and picked the smallest bush clean last night. There are at least 4 times this many left on the other two bushes. Can't wait to make some jam and see how it tastes!

Why You Should Be Eating More Rabbit (Recipes Included)

foodrepublic.com This unsung meat is high in calcium and low in cholesterol, fat and sodium.

I will NOT use poisons on my place. There are too many unintended effects. Other animals could be needlessly harmed because of poisons. Someone on a FB page that I am a member of lost a beloved pet because of rat poisons. :'(

wildcarebayarea.org Learn more about how rat poisons (rodenticides) impact wildlife, and WildCare's work to combat their use...

More babies! These are Rex, out of an opal doe and a black otter buck.

My very first litter hit 6 weeks of age on Sunday. They all seem to be doing well, getting big and making their mom's life miserable. LOL I rearranged everyone and sexed the kits. It appears that I have 4 bucks and 5 does. Mom looks MUCH more relaxed now and the kids are exploring the new living quarters. These are NZ/Rex crosses.

news.discovery.com Dogs are ingesting, inhaling and otherwise being exposed to garden and lawn chemicals that have been associated with bladder cancer. 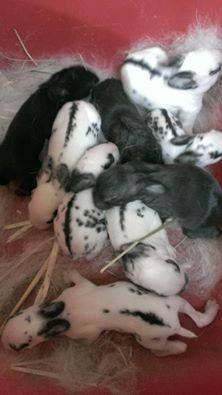 Second litter, now that they are 8 days old. 6 brokens, 2 steel and the other dark one might be black.

I did a quick inventory last night on what I've planted here since I moved onto my place in 2012. Here's the count so far. This is what is still "alive" at this point. ;-) Some of the newer plants may not make it but I'll just plant more next year and keep trying until they do (like the Beautyberry and Witch Hazel bushes):

Remember, this place was mostly a bare field with only fescue and various weeds when I first moved here. The west half especially. There are some quite large oak trees, lots and LOTS of cedar trees and hedge trees of various sizes on the east half.

Nobbi, the first-time momma who was "stashing" the other day, has a beautiful nest all ready! :D

Baby rabbits. They will be 3 weeks old tomorrow (Sunday)

I have baby apples! There are also baby peaches but I didn't take any pictures of those.

Welcome to the Official page for Bulldog Athletics! This page will have the most up to date information on school sports. See our MSHSAA page for full schedules.

We are a Veteran owned company pursuing the creation a local airsoft store, field, and training environment just south of Kansas City, MO. The location will provide a safe and fun experience that simulates the real feel of being "down range".

Kansas City's oldest & largest skydiving center. We'll take you higher, faster than any other facility in the Kansas City area!

This Page will tell you information on up coming events, game schedule, practice schedule.

Whether you are a novice taking the first steps toward fitness or a disciplined exercise fanatic, Get Fit Gym is here to assist you in achieving your ultimate goal. Stop by 5:30 am-9 pm M-F or Saturday 8 am-12 noon for a free tour of our facilities.