A team of professionals who have dedicated their lives to encouraging, supporting, strengthening, and teaching our youth the value in comittment and self-confidence on and off the baseball field.

WANT TO PLAY SPORTS IN COLLEGE? 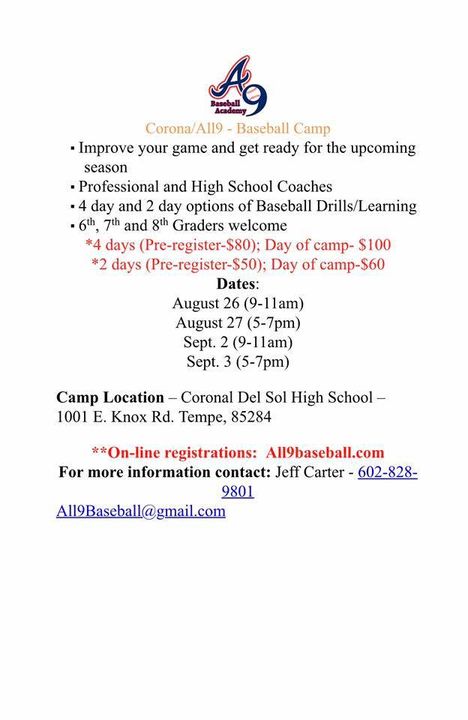 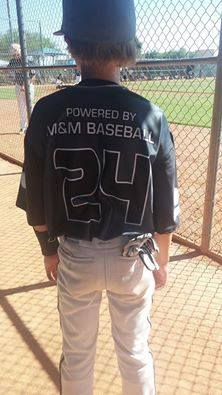 We are looking for pitchers who would like some professional instruction! We are taking reservations for Sunday's and Monday's right now. There are discounts for more than 1 player. Contact 480-414-1911 or email [email protected] for details! 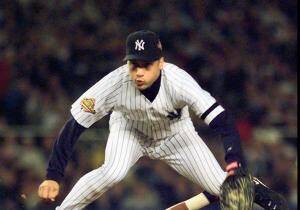 Derek Jeter - The Cooperstown Collection: Memorabilia from the Yankees Captain already in the...

Derek Jeter - The Cooperstown Collection: Memorabilia from the Yankees Captain already in the... With Derek Jeter’s playing days officially over, the wait has begun for his eligibility for the Baseball Hall of Fame. But in a way Jeter is already in Cooperstown, where a number of artifacts tell the story of his celebrated career.

Red Sox fans give Derek Jeter warm goodbye after booing him for two decades They booed him for two decades, but Red Sox fans, and even one of the team’s newest additions, jumped on the Derek Jeter bandwagon Sunday. The perennial Jeter haters threw a 2-faced lovefest for the Captain in the last game of his illustrious career, giving the unfriendly confines of Fenway Park the… 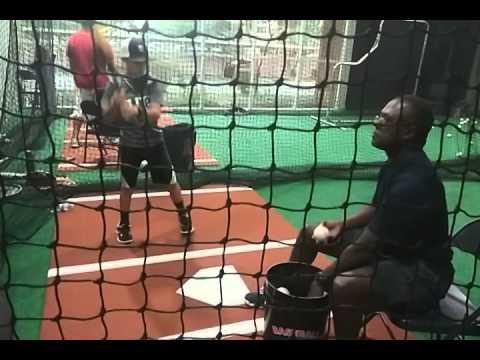 Jeff Carter, of All 9 Baseball, training one of the hardest-working young men you will ever meet! 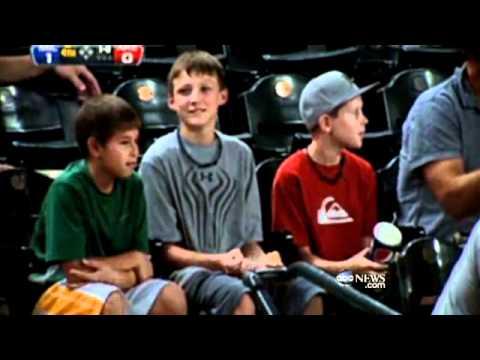 One cool young man with a lesson for all of us... 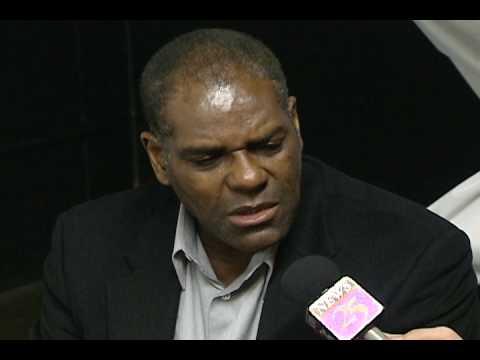 I'll bet it was pretty tough to relax in the box when Bob Gibson was on the mound throwing tic-tacs at you...

Cardinals Bob Gibson Interview on 2.6.10 Here is the raw interview with St. Louis Cardinals Hall of Fame pitcher Bob Gibson. I have interviewed many great athletes, but I admit I was intimidated int...

Mo'ne to give historic jersey to Hall of Fame

Stewart reportedly D-backs' choice to be general manager MINNEAPOLIS -- The D-backs have selected Dave Stewart to be their general manager, according to a report Wednesday by CBSSports.com. Club officials have not confirmed the report. The report said that it was not clear if the D-backs had made an offer to Stewart or if a deal was in place, only that th… 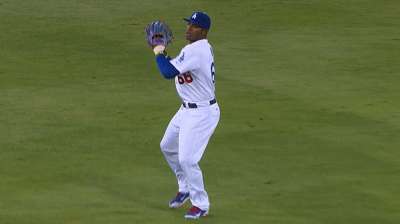 A strike all the way from centerfield...

Must C: Cannon 9/22/14: Yasiel Puig makes a great throw to nail Brandon Belt at the plate and keep the game tied at two in the 11th inning

This is a great story...

It was an honor to watch this man work...one of the sweetest swings you will ever see!

Griffey Jr.'s tape-measure SkyDome blast 4/12/96: Ken Griffey Jr. blasts his second homer of the game, a tape-measure three-run shot that goes over the Hard Rock Cafe at the SkyDome Check out http:/...

Big Papi launched this one...

Every time I watch this one, I get pumped! This is a great guy who made this grab, to save a perfect game! Anybody that has ever really watched him play, wouldn't be surprised!

Robert Coello's forkball. So nasty even the ump called it a ball :/

If you are a fan of the game and great people, this one will touch you... 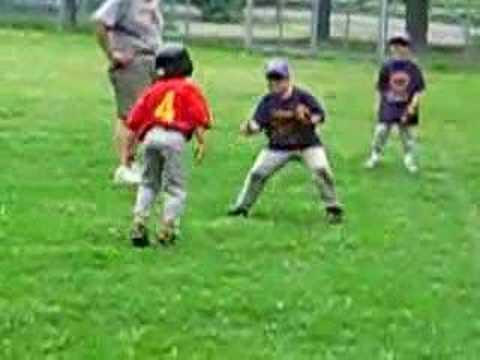 omg you gotta see this

Gatorade | Made in New York ft. Derek Jeter Ahead of his final playing days, Derek Jeter soaks in the atmosphere on a walk in the Bronx.

Pirates' Harrison Has Risen from Unknown to MVP Candidate

A great story about a man who plays the game the right way!

Pirates' Harrison Has Risen from Unknown to MVP Candidate Utility men are not supposed to garner MVP consideration, no matter how super. Josh Harrison, however, is changing that thinking. And it is not in spite of him being the best utility man in baseball... 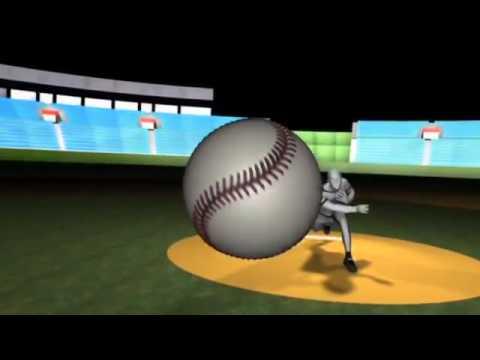 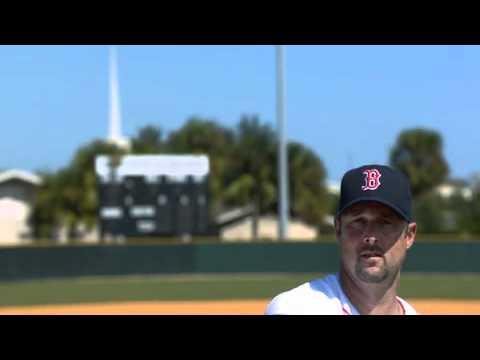 Knuckleball! "Throwing the Pitch" - NOW ON DVD AND VOD

I asked Tim Wakefield to throw this to me once, so that I could see it. Well, he did, and evidently I still didn't see it because it hit me right in the stomach!

Please visit my new website when you can. I am sincerely thankful for all of my family and friends, and for your genuine support. It means a lot to me!

Greg Maddux - The Art of Command

Listen to this extremely important pitching lesson in the words of one of the greatest pitchers to ever toe the rubber...

Greg Maddux - The Art of Command Greg Maddux talks about the art of command and learning the importance of ball movement, location, and the ability to change speeds as a pitcher. Watch more ...

M&M BASEBLOG Effort is defined as "a vigorous or determined attempt." I believe determination is found within, and the level of determination is purely a choice.  At times, I have taken situations and opportunities for granted.  As a result, I did not always put in the effort that I should have, or that was nece…

This is not normal...

Hamilton avoids the tag, reaches on bunt hit 7/11/14: Billy Hamilton lays down a bunt and jumps out of the way of Gaby Sanchez's tag to reach first base safely Check out http://m.mlb.com/video for our f...

Other Sports & Fitness Instruction in Chandler (show all)

F45 is one of the fastest-growing fitness concepts in the world that boasts innovative technology as well as motivation through our nationally certified trainers and dedicated members.

CR Sports is a community youth sports program that exists to provide Chandler, Gilbert & the surrounding areas with a fun, safe place for kids to participate in sports activities!

This is my separate page dedicated to my work at Barre3 Chandler! I’ll post info about Barre3 events!

Fun yet Effective Tennis Lessons with an Experienced Instructor