We use the Hi-Pod telescopic camera system to capture the best view. For coaches, we have the ability to use the Hudl program for game analysis. These tools together allow for excellent teaching tools!

We're here in Hawaiii! The AZ Arsenal 01 girls are doing well at Regionals winning their first two games 1-0 against Washington and Utah! They are in the Quarter Finals Friday!!! Until then.... Aloha!

Well here we are in Hawaii! The Az Arsenal 01 girls are doing exceptionally well here at Regionals! The won their first to games 1-0 beating Utah and Washington! They will be in the Quarter finals Friday! For now.....Aloha from Hawaii!

Well the Az Arsenal 01 girls fought hard against SC Del Sol, but fell 2-0! Great job, but lets get them back in Hawaii!

Today is the day for the Arizona Soccer Championship Games! A few have made it, many have not! After 3 long weekends, it down to just Two! Good luck to all!

What an AMAZING year for the AZ Arsenal! Out of our 9 teams that made the Semi-Finals, 6 have made it to the CHAMPIONSHIP GAME TOMORROW! Out of those 6, 4 had wildcard slots and are already packing their bags for Regionals in Hawaii! Great Job Arsenal! Lets have an AMAZING day tomorrow and show them who dominates!!!!!

Congratulations to Makayla and the AZ Arsenal 01 Premier Girls! You are Going to Regionals in Hawaii, after your 3-0 Win this morning! Now to beat Del Sol and win the State Championship!!!!

Tomorrow morning is the big game! If the 01 girls win, the are bound for regionals in Hawaii! Game time 9:55 @ Francisco Grande Soccer complex in Casa Grande! Congrats to the 96 Girls wo won their Semi Final Round and are packing their bags for Hawaii!

Well, AZ Arsenal still has 9 teams left in the AZ State Cup Championships. These teams are all now going to be playing in the Semi-Finals next Saturday with the hope of surviving on to the Championships on Sunday. Good luck to all those teams!!!!

My daughter just got invited to the Regional Camp for the Olympic Development Program! Great job Makayla, we are so proud of you! Hope Solo watch out!

Well this weekend is another big one! Don't forget to come out and support your AZ Arsenal Teams! We will be out at Scottsdale Sports Park filming the 01 girls tomorrow and Sunday and the 01 Boys on Sunday in their Quarter Finals! Good luck to all the teams!!! 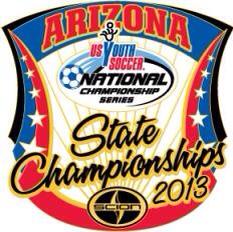 Good luck to all the Az Arsenal! Lets have a great weekend, and get every Arsenal team into the Semi-Finals!!!

Congrats to the AZ Arsenal 00 Premier Girls who with two 1-0 wins, Move onto the Semi-Finals! Great Job Girls! Keep it going!!!!

Tryouts | AZ Arsenal SC Tryouts*SCHEDULES POSTED BELOW*Are you interested in joining an Arsenal Club team? Here is your chance.Club soccer teams practice 2-3 times per week depending on the age of the player and the coach. Arsenal club teams play in competitive soccer leagues on weekends and in competitive tournaments from...

Congrats to the AZ Arsenal 01 Girls who survived their first weekend of state Cup, winning 1-0 and 4-0! All of the Arsenal teams are representing the Arsenal family well! Lets keep it up the next two weekends so we can all celebrate together in Hawaii!

Congrats to the 01 premier girls who pulled off a 1-0 win over the San Tan Legacy! Now on to tomorrow's game!!!!

Congrats to the AZ Arsenal 00 Boys for Starting of the 2013 State Cup in style, beating AZ Inferno 1-0! Now for the rest of Az Arsenal to follow in their footsteps tomorrow! Good Luck to All!!!!

Tryouts | AZ Arsenal SC Tryouts*SCHEDULES POSTED BELOW*Are you interested in joining an Arsenal Club team? Here is your chance.Club soccer teams practice 2-3 times per week depending on the age of the player and the coach. Arsenal club teams play in competitive soccer leagues on weekends and in competitive tournaments from...

Well, the Arizona State Cup Schedules are out! Good Luck to all the Az Arsenal Teams! Now the road to Hawaii really begins! 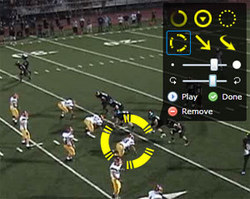 Hudl's High-Tech Recruiting Changing the Game This Wednesday's National Letter of Intent signing day will be different from past years. High-tech recruiting advancements have shortened the time it takes for college recruiters to evaluate high school prospects. At the forefront of this shift to high-tech recruiting are websites like Hudl.com...

Highwinds Streams Professional and Collegiate Sports Video to Hudl Users - The Sacramento Bee /PRNewswire/ -- Highwinds today announced that it is the primary streaming provider for Hudl, the industry's most advanced and affordable solution for online sports video analysis. Coaches, athletes and scouts use Hudl to upload and view game, practice and recruiting video in web browsers and on mob...

Kickin it at the Arizona Arsenal 3v3 Community Games!

An Overseas Push for Video Software for Sports Teams

An Overseas Push for Video Software for Sports Teams Students turned Jeffrey S. Raikes’s idea for football coaching technology into software with 200,000 users in the U.S. Now they’re trying to make it appealing for sports that are popular abroad

Hudl software changing the way football coaches break down film Due to the find-any-information-in-seconds abilities of Internet search engines, it’s common to hear how kids these days just have it so easy.

Congratulations to the Arsenal 01 Premier Girls, who with a second place finish in Las Vegas, moved to First Place in the State of Arizona, and to number 27 in the Country!!!! Now to win State and secure those tickets to Hawaii!

Watch Makayla Stun the Opposing Team during a round of PK's To advance to the Championship!
http://youtu.be/X3E2WWrbMNI

Come one, Come All! Hi-View Sports Videos will be at the Gilbert Arsenal Community Games this Friday at 6pm and all day Sat! The Community Games will be held at Paloma Fields, on Sossaman between Guadalupe and Elliot! There will be video presentations, coaches game, and a DJ and dance! See you There!!!!

Makayla in PK's vs. the Las Vegas Heat during the LV Premier Invitational!

Makayla in PK's against the LV O1 Heat during the Las Vegas Premier Invitational!

Other Sports Teams in Chandler (show all)

We're excited to introduce the UBUNTU Warriors Baseball Club to Arizona. Being the new team on the b

The place to find all details about FMR.

NYS tackle youth football and Cheer program with teams at the following levels:6U, 8U, 10U, 12U, 14U

Fingers Crossed Racing is a team that's based on just a little luck. With fingers crossed, these young drivers are taking chances and making their dreams come true. @goFCR