Federal Fi****ms Licensed Dealer. I can custom order for you from wholesale distributors throughout

I've got a couple used pumps available. A Savage Series B, 12 Ga, 3" modified vent rib and a 20 Ga. Hit me up if you're needing something for ducks and geese.

I've got a pretty nice Savage 39 Series B, vent rib, Mod choke, 3" chamber. Someone needs this for the up coming bird seasons. 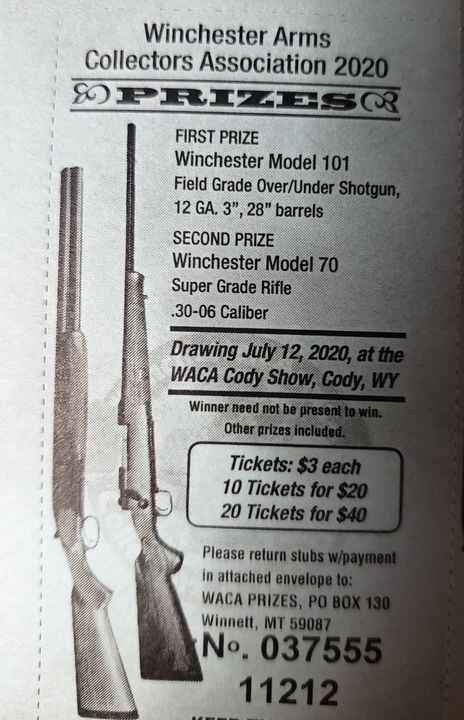 Who would like some of these? Let me know.

I would like to let everyone that buys stuff on Gun Broker, Buds Guns and other online sites know how that works. You buy the gun, then pay 3% for credit card use, then pay $30-40 for shipping, then you pay me (or another FFL) $20 or more to receive it and do the transfer. I can usually save you some money if you would just give me a chance. Call me or send a PM and see what I can do for you on the same gun. At least let me try, if I can't beat the deal then I will be happy to receive it for you and charge a transfer fee. Just an FYI.

AR-10 chambered in 6.5 Creedmoor at 1000 yards. Not too bad for an old guy with an AR. 29 minutes high, 3 minutes left windage. (Pic taken through a spotting scope with my cell phone.)

This is an FFL sale, all paperwork, and background checks required. You CAN'T BEAT THIS DEAL! Thompson Center Compass, bolt action in 308 Win, or 6.5 Creedmoor. Brand new, in the box, never fired for $280 (out the door.) 22" threaded (5/8x24) free floated barrel, 5 round detachable magazine, adjustable trigger, pillar bedded. Your choice of caliber for $280 (includes sales tax.) In Douglas. I'm getting pretty excited to see how our new administration in DC is gonna be. Won't be long now!!

The Man Room, LLC's motto is: "Arm the RED States" and yours should be too. Molon Labe, let em come. Armed to the core!! Keep your powder dry folks. It's about to get real.

I've noticed some unexpected activity on The Man Room, LLC page lately. I will try to pay a little more attention. Thanks for your interest.

Oh yeah...suppose this shut down means no money for DHS to buy up all the ammunition in America? If we can keep it shut down for a while, maybe the ammo people can catch up. Just sayin...

BREAKING: Anti-Gun Colorado Senator Concedes... He is RECALLED Colorado just successfully recalled the anti-gun president of their senate because of his anti-gun positions. This is a massive success. Please SHARE: 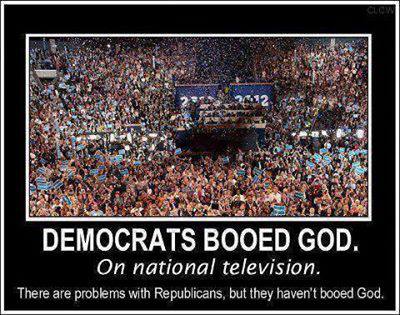 In late March 2013, 17 year old De’Marquis Elkins shot and killed a 13 month old baby who was sitting in a stroller.
Elkins shot the infant in the face after the mother refused to give him money.
He also shot the mother in the leg and the neck in Brunswick, GA.
De’Marquis Elkins is not a member of the NRA.
He did not use an assault rifle.
He did not get his stolen pistol from a gun show.
He did not attend Christian school, nor was he home schooled.
He did attend multicultural public education,
He already has a record for violent crimes.
He never earned his hunter safety card, nor did he shoot CMP, Junior NRA, or 4H Air Rifle Competitions.
He was never instructed in gun safety from his father or grandfather.
It is said that he;
His favorite music is rap.
He did attend multicultural public education,
His Momma was on welfare, got food stamps, and lived in public housing.
His daddy was not around, and his two brothers have a different daddy.
He already has a record for violent crimes.
He is a gang member.
He has no plans on getting married, but does have a Baby Momma, and no, he is not supporting her baby.
He smokes dope.
He does respect Kayne West.
While he has no job, nor is looking for one, he is well fed.
He has no skills outside of crime.
He speaks Ebonics, and is not capable of doing a professional interview, even though he spent 11 years in public education.
He is one of millions.
This is what we are up against. Make no mistake that people like Elkins will have their guns. There are people wanting to deny you the right to arm yourself. Your tax dollars are paying for the continuation of a system that breeds pieces of s**t like this one.

exempt the 57,795 military technicians from furlough - the only military members to suffer the cuts.

exempt the 57,795 military technicians from furlough - the only military members to suffer the cuts. Due to the sequestration and subsequent furlough of Government Service Employees - the National Guard and Reserves are being placed in a dangerous position of unreadiness. More than half of the uniformed service members that support the guard and reserve are Federal Technicians - responsible for rea...

For my friends that are consumers of Budweiser beer here is a little reading material for you. After reading please make another choice in malt beverages for your drinking pleasure.

Please help this private school in Gillette, Wyoming earn playground equipment for their kids. Thanks and feel free to share. 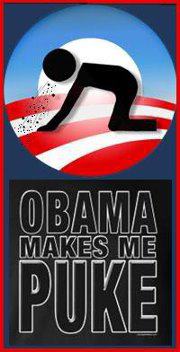 Please take not Wyoming gun owners. John Barrasso isn't doing us any favors or working on issues in our best interest. See below:
HE BETTER NOT SIGN ANYTHING THAT HAS TO DO WITH ANY GUN CONTROL OR REGISTRATION!!!! I got this in an email this morning. Please react! Thanks

The showdown over this anti-gun nightmare in the U.S. Senate will likely be decided within the next several days.

As I write, Democrat Leader Harry Reid is laboring on a deal with weak-kneed Republican Senators like Pennsylvania’s Pat Toomey and Oklahoma’s Tom Coburn to dramatically expand the federal Brady gun registration system.

But Capitol Hill insiders report this is nothing more than a vehicle bill for the rest of Obama’s agenda.

Sadly, it appears that Senator John Barrasso may be lining up with Toomey, Coburn and Reid in this dirty deal.

And anti-gun Senators Chuck Schumer and Diane Feinstein can hardly contain their excitement.

They are ready with a raft of amendments to ban magazines, crack-down on gun and ammo sales and permanently strip millions of law-abiding Americans of their gun rights.

Even the so-called “assault weapons” ban could be back on the table.

But first they must have a vehicle bill, and they must clear the 60-vote filibuster hurdle. Only then can they use their thin Democrat majority to pass new gun control.

Senator Reid’s plan is to bring an innocent-sounding gun-related bill (currently S. 649) to the floor to overcome this obstacle.

Then it’s off to the races with as much gun control as they can pile on. It’s an old trick play, used many times in the past.

The good news is pro-gun Senator Rand Paul has pledged to filibuster any gun legislation Senator Harry Reid plans to move to the Senate floor for “debate.”

If Senator Paul can get 40 Senators to stand with him, the fight is over and no gun bill will be able to break through this logjam.

The bad news is Senator Barrasso has not signed on to help stop Reid’s anti-gun scheme!

Instead, he's riding the fence, possibly so he can cut deals and “horse-trade" on amendments with the likes of Reid, Toomey and Coburn.

Never mind the fact that you and I are about to get kicked in the teeth with one of the worst anti-gun bills America has seen in decades.

That’s why I’m asking you to call and leave a message for Senator John Barrasso at one of the numbers below.

Tell him to stand with Senator Paul against ALL of Obama’s gun control agenda, and INSIST he stop trying to cut deals that will almost certainly end in a loss of freedom.

If you can’t get through on these lines, please click here to email Senator John Barrasso.

Our gun rights are too important to bargain away in a back-room deal.

exempt the 57,795 military technicians from furlough - the only military members to suffer the cuts.

exempt the 57,795 military technicians from furlough - the only military members to suffer the cuts. Due to the sequestration and subsequent furlough of Government Service Employees - the National Guard and Reserves are being placed in a dangerous position of unreadiness. More than half of the uniformed service members that support the guard and reserve are Federal Technicians - responsible for rea... 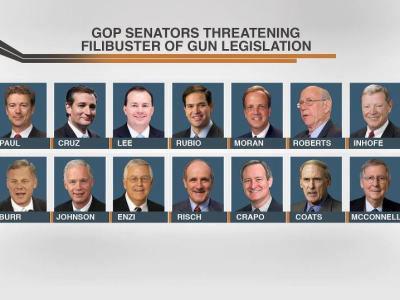 No Gun for You! - Serbu Tells NYPD to Find Another .50 Cal

No Gun for You! - Serbu Tells NYPD to Find Another .50 Cal We've been tracking - on and off - the growing number of gun makers and related companies that have decided to tell New York State law enforcement and other government entities to stick their business where the sun don't shine since the SAFE Act was ...

ATHEIST ARE NON BELIEVERS IN THE GENTLE HAND OF GOD OUR LORD.
BUT THEY BELIEVE IN THE EVIL HAND OF ISLAM, AND ARE AFRAID TO GET THEM UPSET.
CCL

Other Sport & Recreation in Douglas (show all)

We are a small tackle and live bait dealer in the state of Wyoming. We will carry live bait of vario

Kidz-n-Motion is a sports and early education provider serving the youth and families of Douglas, WY

The Werner ranch is located in the heart of Wyoming’s antelope population. We specialize in Archery Antelope Hunting and limited Elk and Mule Deer.

Other Sport & Recreation in Douglas (show all)