The team is comprised of a Shooting Team and a Competition Squad with approximately 20+ shooters from around the world.

Last weekend Rangelog was at the beautiful Peacemaker Ranges in West Virginia for the DMR (Designated Marksman Rifle) Challenge. If you've never shot a DMR match you are missing out. Semi-auto rifles only at distances out to 600yds from various complex shooting positions. After 14 stages Rangelog shooter Keith Bourgeois finished in the top half of the field and Army Marksmanship shooter Tyler Payne took home first place.

If you have the opportunity get out there and try a Precision Rifle Series (PRS) Match and record your result in Rangelog!

Team RangeLog at the Armalite 3 Man 3 Gun this past weekend in Topton, PA. Beep Kielkowicz, Keith Bourgeois and Jon Unruh finished in the top 20% of the 112 teams (336 shooters) which showed up from as far away as Brazil! The sport of 3 Gun gets bigger every year. 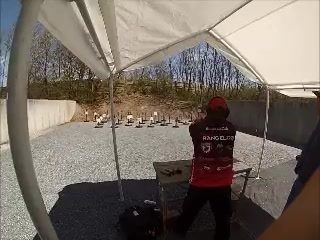 The PSA Shootout (one of the largest all steel matches in the country) was held this past weekend in Palmyra, PA and team shooter Keith Bourgeois finished in the top ten out of 332 shooters in Stock Auto and Open Revolver divisions!

rangelog.com RANGELOG.com members have added hundreds of drills, thousands of ranges around the world, and tracked more than 4,000,000 rounds fired.

Our own Ravin Perry graces the cover of 3 GUN NATION magazine this month.

If you are into 3 GUN at all, you need to subscribe to this magazine. Great articles from the top shooters as well as tips and gear reviews to improve your game.

3-Gun Nation Magazine Issue #6 is shipping out next week.

Head over to www.3gunnation.com/subscribe to make sure you and your loved ones receive 3-Gun Nation Magazine in 2014.

Team RangeLog would like to thank those who have served or are currently serving in our nation's military for their dedication and sacrifices for our country.

Team RangeLog Shooters Excel at the 2013 IDPA US National Championship

outdoorhub.com Over 340 shooters from around the world competed in IDPA’s crowning event, the 2013 IDPA National Championship, on September 17-21, 2013. Team Range...

Vertx was well represented at this past weekend's AR15.com Rockcastle ProAm 3-Gun Championship. The largest 3-Gun match in the nation.
Wear what the pros wear! VERTX!
http://www.wearvertx.com/

This photo was sent in from a RangeLog fan in Afghanistan from an undisclosed location. They propped up one of our stickers on an IDF (Indirect Fire) bunker. On this July 4th weekend please take the time to remember those continuing to fight in far off lands. Thank you for your service (and the picture)!

Congratulations to Morgan Allen and Colleen Vaccaro on their performance at this year's Carolina Cup. http://www.shootingwire.com/story/291345

Team RangeLog Shooters Allen and Vaccaro Win at the 2013 Ala. IDPA State Championship : The Tactica

Team RangeLog will be making their first appearance in the 2013 3-GUN NATION Tour this weekend at Peacemaker National Training center in WV as Pro Series Event #1 gets underway! http://3gunnation.com/the_series/tour

Watch for Team RangeLog this year on the 3-GUN NATION Pro tour! http://3gunnation.com/

Please join us in welcoming our newest junior competitor onto the official RangeLog Shooting team for 2013, Colleen Vaccaro!

Colleen is quite a girl and will be flying the RangeLog colors this year at a match near you.
To learn more about Colleen and Team Rangelog make sure to visit the Team tab at: http://www.rangelog.com 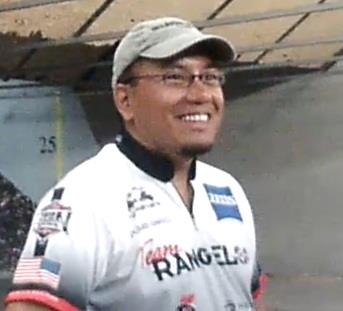 Team RangeLog would like to congratulate Gerard Gingco on his appointment onto our Shooting Team for the 2013 season!
Gerard's friendliness on the range and work ethic off the range is an inspiration to us here at RangeLog. Congrats Gerard!

To learn more about Gerard and Team Rangelog make sure to visit the Team tab at: http://www.rangelog.com

A great start to the 2013 shooting season.

Congrats to the winners and special thanks to Smith & Wesson for their generosity in hosting this world class match again!

[02/20/13]   Congrats to Team Rangelog's Rob Tate for winning the fist of four matches in the Tarheel Versamax Series this past weekend!!

We are pleased to announce that VERTX has joined as a co-sponsor of Team RangeLog.

Apparel and gear for the modern warrior.

"Who is this Ravin guy, and where did he come from?"
http://www.thetacticalwire.com/story/279969

[02/11/13]   Two Team Rangelog Shooters Qualify for the 3 Gun Nation Pro Series!!!
We would like to congratulate Ravin Perry and Rob Tate for shooting their way to the Pro-Series in yesterdays Qualifier.

predatortactical.com This single-stage, non-adjustable, drop-in trigger boasts a solid 4.5-pound pull weight and is pre-assembled in Hardcoat Anodized aluminum housing (complete with rubber urethane feet) for immediate competition, hunting, and tactical applications right out of the box. Carved from American A2 steel, ...

If you have an Smith & Wesson M&P Pistol this is the place to send it for the ultimate trigger: http://burwellguns.com/ Team RangeLog does!

burwellguns.com We are committed to providing you our customer with top quality craftsmanship and service while keeping our turn around times the fastest in the business.

VETERAN'S DAY - Sign up as a premium member and get 50% off your first year of RangeLog.com by entering "IServed" in the promo field.

Morgan Allen shooting from the trunk at the 2012 IDPA National Championship. Photography by Yamil Sued.

Wanna be the cool kid at the range? Get all your RangeLog gear at the official RangeLog gear headquarters: http://store.rangelog.com/

Want to build your own .308 caliber AR style rifle for Heavy Metal Division? Start out with the Predator Tactical PT-10! They are machined from a billet of 6061 Aircraft aluminum and are Hard Anodized to Military Type 3 specifications. Check out this and all the other cool stuff offered over at http://www.predatortactical.com!

Make sure you check out Hodgdon Powder's page. USL League Two is the leader in pre-professional soccer in the U.S. and Canada. The League holds a vital role as it continues to provide the elite platform for those pursuing professional careers domestically and internationally.