Is there a problem with the Rangelog website? I've tried 3 different browsers to "Add New..." on the Log Book tab, but nothing happens when I either click or hover over the button.
I really hate to see so much inactivity with Rangelog. It is the best electronic range log I have ever used. I hope you continue.

RangeLog LLC provides products that are used by shooting enthusiasts for tracking personal performance, membership management for organized shooting sports and clubs, classification management system for competitive shooters, event management for matches and more. Found in the United States in 2009 by shooting enthusiasts who met while working for a well known Private Military Contractor, this privately owned company is trusted by over 30,000 members world wide. For more details visit http://www.rangelog.com

[12/05/14]   3-GUN NATION registration update: We were prepared this year with double the server capacity we had for last year's registration. However, at 8:15 PM EST tonight the servers were getting over 40,000 requests per second –which is unlikely due to legitimate members trying to conduct business, but more likely related to 3rd parties attacking the servers. RANGELOG is doing their very best to address the issues and sincerely apologize for the inconvenience this caused. The servers were back online at approximately 9:10 PM EST, and have accepted over 700 registrants in that time. All matches are still open - feel free to register if you haven't processed yours yet.

[11/26/14]   Apple application owners, the RANGELOG application will not work with phones using the ios8 update.We are working on updates to address the changes made by Apple and will keep you posted on our progress, Thank you for your patience.

Happy Veteran's Day to all our men and women in uniform, past and present.

rangelog.com RANGELOG.com members have added hundreds of drills, thousands of ranges around the world, and tracked more than 4,000,000 rounds fired.

How 3-Gun Nation Makes it Easy to Get Involved in Competition - from Guns & Ammo
http://www.gunsandammo.com/competition/3-gun-nation-making-easy-compete/

gunsandammo.com Find out why 3-Gun Nation is making it easier than ever to get out and compete in the shooting sports.

Congratulations to Team RANGELOG’s Ashley Rheuark for winning the titles of High Lady, High Junior and Most Accurate at the 2014 VA State IDPA match! For more information on the match, please visit http://www.idpa.com/compete/competitiondetails/13610

idpa.com IDPA is a shooting sport that simulates self-defense scenarios and real life encounters. Founded in 1996 in response to the desires of shooters worldwide to train and compete in real-world scenrios.

Vertx is offering up to 50% off on some merchandise. See "Men's Sale" for details.

Congratulations to Morgan Allen of Team RANGELOG, who finished third for second Master at the IDPA Republic of Texas Championship. Held Memorial Day weekend at the ImpactZone Range, the popular match drew over 200 shooters.

Team Colt’s Maggie Reese held a slight lead over Leupold sponsored shooters Jessie Duff and Tiffany Piper as the match moved to the Mover stage, but it was Duff who would come out victorious, winning the Women’s title.

twitter.com Instantly connect to what's most important to you. Follow your friends, experts, favorite celebrities, and breaking news.

Visit our support page at http://support.rangelog.com/ for live chat options, FAQ’s, video tutorials and more. Or, email your questions to [email protected]

support.rangelog.com Whether you are a competitor of a shooting sport that uses Member Services or you are a member of RangeLog.com, this site was created to help you get familiar with our products and get the support you need. Please choose from one of the product lines below to get started.

3gunnation.com NEW BERLIN, WI - To honor and recognize U.S. servicemen and women who protect and serve the citizens of America and world, Sportsman Channel continues its ne…

[05/21/14]   Congratulations to #TEAMRANGELOG's Morgan Allen for winning High Overall at the Great Lakes Regional IDPA Match this past weekend!

[05/19/14]   RANGELOG would like to wish the best of luck to all of the competitors at the 2014 35th Anniversary MidwayUSA & NRA Bianchi Cup, held this week at the Green Valley Rifle & Pistol Club in Missouri. RANGELOG is proud to be a Gold Sponsor of the prestigious match, also known as the NRA National Action Pistol Championship, and to support NRA Shooting Sports and competitors. #bianchicup 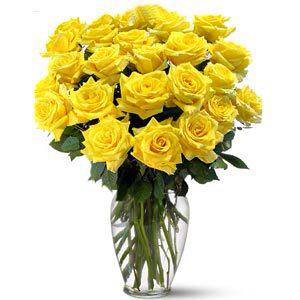 Rheuark won both High Lady and High Junior at the 2014 Alabama State IDPA Championship. Team Captain Allen finished as First Master in the ESP division, and Martin won CDP division champion at the April match. For more on the team, visit our team page at http://rangelog.com/Team/tabid/595/Default.aspx

[03/14/14]   Have a great weekend everyone. Best of luck to all those competing at this weekend's 3-Gun Nation Pro Series match in Tulsa.

RANGELOG is offering special webinars on Wednesdays at Noon (EST) in the month of March. Join us online for support or to ask questions about our solutions. Visit our support pages at http://support.rangelog.com/ for webinar details, access information and more.

support.rangelog.com Whether you are a competitor of a shooting sport that uses Member Services or you are a member of RangeLog.com, this site was created to help you get familiar with our products and get the support you need. Please choose from one of the product lines below to get started.

Our Apple mobile application update is now available. Sorry for the delay in getting this posted. More features to come..

RANGELOG is proud to be a sponsor of the 17th Annual Smith & Wesson IDPA Indoor National Championship.

“RangeLog is proud to be a sponsor of the 17th Annual Smith & Wesson Corp. IDPA Indoor National Championship. As the shooting season begins, we are excited to see the field of new and returning IDPA competitors shooting at IDPA matches around the world,” said Rob Tate, director of shooting sports and an IDPA competitor.

[12/31/13]   As 2013 winds to a close, it is heartening to take a look back at how much RANGELOG has grown in the past year. As we ring in 2014, RANGELOG is looking forward to launching new and innovative products that help get competitors to the range.

Happy Veteran's Day and thank you for your service.

Team RangeLog would like to thank those who have served or are currently serving in our nation's military for their dedication and sacrifices for our country.

Team RangeLog in the news...

Brandon Wright... NOT just an instructor and world champion competitor - but is also a great writer!!

Team RangeLog cleaned up at the 2013 GA State IDPA Championship. Morgan Allen and Deon Martin both placed 2nd in their divisions, and our newest team member, Ashley Rheuark, won both HIGH LADY and HIGH JUNIOR.

outdoorhub.com RANGELOG is pleased to announce that 15 year-old Ashley Rheuark, the newest and youngest member of Team RANGELOG, was awarded both High Lady and High ...

outdoorhub.com Over 340 shooters from around the world competed in IDPA’s crowning event, the 2013 IDPA National Championship, on September 17-21, 2013. Team Range...