Composed of raw talent, bravado and a healthy dose of dodgeball domination, this team was forged for It's also a really awesome dodgeball team in LA.

A merkin is a p***c wig, originally worn by prostitutes (1617) after shaving their genitalia to eliminate lice or disguise the marks of syphilis.

There's a bounty that needs to be collected tonight... 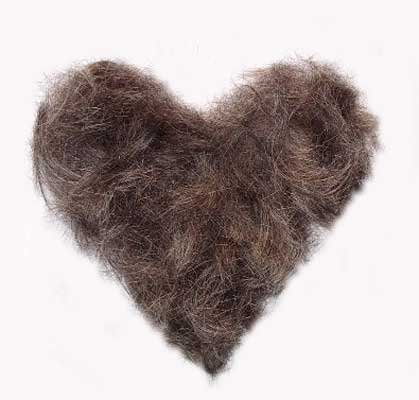 Nothing but Merkin Love for the playoffs tonight.

Regular season champs, with a 7-0 record. Playoffs start this week. Fear the Merkin. Respect the M**f.

9pm battle with REIGNBALLS DODGEBALL FORCE tonight. Two teams enter 6-0 ... only one will walk out with the regular season crown.

8pm battle with What Would Jesus Dodge tonight at Poinsettia Rec. I wonder if Jesus wore a merkin or if he favored the m**f? Thoughts?

After several seasons of hibernation, the sleeping giant awakens to take on the best the LA Dodgeball Society has to offer. Fear the Merkin. Respect the M**f.

The Merkin vs M**f dodgeball dynasty makes it return to Melrose Advanced league this upcoming season after a 2 season hiatus. Break out your p***c combs -- s**t is gonna get hairy.

Tight Pants Cause Lowered S***m Count For about one-half of couples with fertility problems, experts say low s***m count is the cause. But maybe something as simple as changing the kind of underwear a man wears can make a difference.

Merkin OG, Daniel Touchette, was spotted reppin' his Merkin pride over in Seoul, South Korea. As you can tell from boyish good looks and novelty sized cup of alcohol, things are going well across the Pacific.

New season kicks off at 9pm tomorrow night with the Melrose -A- League Jamboree. Meet the team.

War Geaux loaded up on the protein and carbs during lunch for tonight's playoff showdown.

Carstache, the official sponsor of Merkin Dodgeball is now online and open for business. Don't let your car be naked any longer. Share with your friends.

Carstache™ | Glorious mustaches for cars and trucks A Carstache™ is a powerful mustache that attaches to your car grille. It is stunning. What color 'stache will you rock?

I wore my dodgeball shoes to work today so everytime I look down at my feet I am reminded of the pain I am going to inflict on the opponent and the glory I will be rewarded with. -Christopher War Geaux

Playoffs begin tonight with a 9pm match-up versus Big In Japan.

Valiant fight vs Sissy Girl Cry Party tonight in a 4-3 loss. Lifetime record 25-1... even Michael Jordon lost a few. We'll see you guys in the championship!

Another Wednesday night, another Merkin victory. Our curly M**fs go out to the Tight Supremacists for a hard fought 3-1 battle.

3 Traitors Down... Next up: Benny Toth and Christina Wu. Fear the Merkin. Respect the M**f.

In response to Vince Marchbanks' slanderous photo against the beloved Merkin, we give to you this M**f'd rendition.

Chiara Triska would like everyone to know that when not making obscene gestures on the dodgeball court, she is a highly professional and respectable lady. That is all.

Team photo after last night's 6-2 victory. It's hard being beautiful AND talented but somehow we make it work.

Melrose A League - Standings and Schedule

Standings are updated from last night's games. And they've got a spiffy, cleaner look-and-feel thanks to some Merkin web-nerdery.

Melrose A League - Standings and Schedule Updated scores, standings and schedules for the Spring 2010 season.

First match of the 2010 Spring season. Defending champions Merkin vs M**f against Big in Japan.

Last night's 12-0 victory over Rubber Facial in the first round of playoffs sets up an epic semi-finals match vs the defending WeHo champs: REIGNBALLS DODGEBALL FORCE. It's gonna be a bloodbath :)

Other Amateur Sports Teams in Los Angeles (show all)

The Los Angeles Black Storm will be part of (8) inaugural season teams competing in the X League. Black Storm home games will be played at Toyota Arena in Ontario, California, kicking-off April 2020.

Home of Pama Labeda Golden Knights and all its divisions. Please check our webpage at .... Coming s

We love curling. Other stuff too, but mostly curling.

We are a co-ed team established in 1999 and based out of Southern California (Los Angeles area).

Each LeMons race is for cars purchased, fixed up, and track-prepped for a total of 500 dollars. "In

Come join us for some laughs, a little exercise and some after-game libations!