While the Jet Setters haven't competed as a tag team in several years, be sure to catch Darling Dustin Heritage in action starting on February 4th! Be sure to go like the Darling One's page while you're at it! Booyah!!!

We found some of these Jett Setters shirts in storage. We have adult sizes in small, large, XL, and 2XL. If you want to buy one, message us. They will be $5 if you buy it in person, $8 if we have to ship. We will also throw in an Excellence Personified team picture or two with each purchase.

The Jet Setters page on Genickbruch.com

This Friday in the Steel Cage, The Jet Setters will reunite to take on EP brother Michael Barry and a mystery partner. Don't miss it!!!

Due to transportation issues, Handsome Jack was unable to make it to the WLW show last night and sends his apologies to all Jet Setters fans. The Jet Setters will reunite on Friday at MWA in Spavinaw in a Steel Cage Match.

Although we have never really split up, The Jet Setters will reunite on April 8th at the World League Wrestling event in Sand Springs, OK. Opponents have yet to be announced.

Darling Dustin Heritage will be in Harrison, AR, this coming Saturday, February 19th. Ladies, get the champagne ready 'cause the Darling One is ready to PARTY!

We defend our Compound Pro Tag Titles this Saturday in Tulsa in a Triple Threat Match. What makes those other two teams think they can hang with us?

Two years ago today, the Jet Setters won our first of two Southern Tag Team Championship. That was just the tip of the iceberg, as we've gone on to win multiple tag championships in promotions all over. Booyah!

This Saturday, The Jet Setters make their Texas debut at the New Millennium Wrestling show in Balch Springs. We are taking on The Big Time Playas. They better bring their A game because we ALWAYS bring ours.

Your Compound Tag Team Champions will be in action this Saturday in Tulsa. And to be honest, it doesn't matter who our opponents are. We are the best tag team in this region.

Harrison, Arkansas The Jet Setters are on their way to town.

We are the new Compound Pro Tag Team Champions. We are already the Southern Tag Team Champions, and have been for almost a year now. Plus we each are co-holders of the TAP Tag Team Titles and we each hold a singles title in MWA. We are the best tag team in this region.

We have been Southern Tag Team Champions for almost a year now. We have each won singles gold recently. This Saturday we take the Compound Pro Tag Team Titles from those punks, Legion 13. Shine them up Dutch & Jesus because they are coming home to The Jet Setters.

Since ArkPro cancelled, The Ridge Runners get spared embarrassment by defeat.

July 24th in Lincoln, AR at the Arkansas Pro Wrestling show, we take on The Ridge Runners, Bubba Hall & Adrian Steel. You two redneck idiots are in for the fight of your lives. 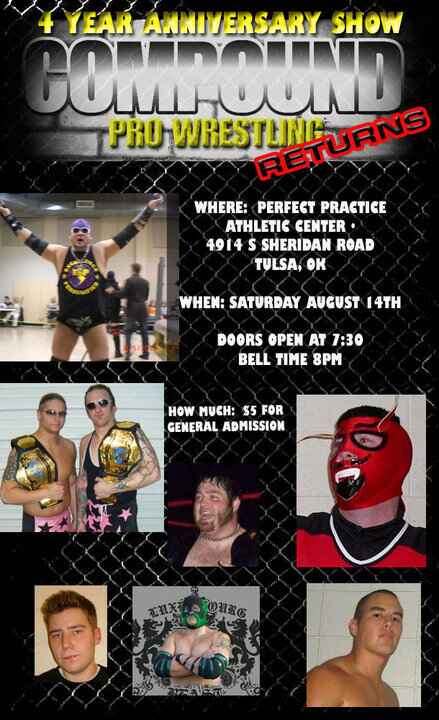 You put the Jet Setters on the poster and you increase your chance of a sell out crowd.

On Saturday night, we beat ComPro Tag Team Champs Legion 13 in a non-title match. On August 14th, we win the tag titles from those 2 goofs. Shine up the titles boys. 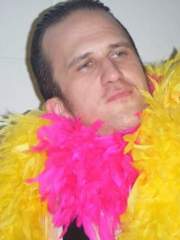 In JW McGillicutty's MWA mid-year report, Handsome Jack was ranked #1 and Darling Dustin was ranked #2. The Jet Setters are at the top of the charts like they always should be.

July 10th at Compound Pro in Tulsa, OK. We come to town to wrestle and party like rock stars. It will also be your first chance to purchase one of the new Jet Setters T-shirts. Don't miss it!!!

The new Jet Setters T-shirt available for purchase. No the shirt is not incorrect. Sometimes we spell the team name with 1 T and sometimes with 2 T's. On the shirt we put 2 T's because there are two of us. BOOYAH!!!

The Kingpin interviews The Jet Setters about the Mid-States Wrestling 7th Anniversary show.

mswinterviewsjune2010one.wmv Interview with Mike Iles and the Jet Setters for MSW's Live Event on June 12th in Harrison, AR

Highlights from the MWA show in Spavinaw, OK and just a typical night in the life of The Jet Setters. Darling Dustin won the MAX-Division Title and Handsome Jack won the Heavyweight Title. It's great to be a Jet Setter and a member of Excellence Personified.

We took the mask of Dutch Hagen and yet Compound Pro Wrestling still has his masked mug on their June 5th event poster. At least Handsome Jack is pictured.

We are now the #1 contenders to the ComPro Tag Team Titles. Legion 13, we took Dutch's mask, now we are coming for the belts. See ya on June 5th.

The Gramercy Refs is a co-ed team of current and former referees for modern roller derby. The Gramercy Refs are looking forward to their next bout...are you woman or man enough to take us on? (do******gs need not apply) REFS! YEAH RIGHT!