The Nostalgia League is a is an American sketch and improvisational vaudeville comedy troupe from Orange County, California. Created by Matt Ammar in 2012, the team originally operated under the name The Anything Show before changing their name in July 2013. The show’s sketches consist of various types of humor and subject matter, parodying temporary events, nostalgia, and politics, while using a

Check out our new podcast!

Incompetent Talkies: (2/20/17) The Future of the DCEU Jeremy, Matt, and Josh discuss the sudden departure of Matt Reeves from The Batman, and the DCEU as a whole, among other stories. The Captain America trailer...

Can we just take a moment to appreciate the fact that we TOTALLY F*CKING CALLED IT.

Need even FURTHER proof that we're not dead?! Well, here you have it! Here's a promo for a new movie review show starring The Nostalgia League's very own Joshua Wilburn and Matt Ammar! Our first video is almost finished editing as we're posting this, so stay tuned. And, don't worry, we're returning to the stage sometime soon this Summer! (Negotiations pending.) Hope y'all enjoy, and we'll see you all soon!

JaM Reviews Promo! Promo for The JaM! A new review show from comedians Josh Wilburn and Matt Ammar of the Nostalgia League!

UPDATE: RUMORS OF OUR DEMISE HAVE BEEN GREATLY EXAGGERATED... AGAIN!

There's been some strange sayings the past week or so, that the Nostalgia League will no longer be performing, and that the team has died. However, we are pleased to report that that is NOT THE CASE, and we haven't died at all! So, why a "back from the dead" poster? Well, there's really no popular saying for "Hey! We haven't died!" Although, we could've made a poster featuring Abe Vigoda... Regardless, we just wanted to hammer the point home!

Stay tuned for more updates, and we'll see you all A-LIVE in July!

Just in case tomorrow can't come too soon, and/or you're not too busy watching Marvel's Daredevil, here's the entirety of THE NOSTALGIA LEAGUE'S February show at STAGEStheatre, for your viewing pleasure on YouTube! Enjoy, and we hope to see you all tomorrow night at the Starlight Theater!

The Nostalgia League LIVE! (February 27th, 2015) All of THE NOSTALGIA LEAGUE'S COMEDY SKETCHES from the FEBRUARY 27th, 2015 show at the STAGESTheater in FULLTERON!

Thank you so much to everyone who came out to our debut at STAGES in Fullerton last night for making it a huge success! We look forward to performing there again in May, but in the meantime we hope to see you all at our LUCKY THIRTEENTH SHOW on April 11th at our home for the last two years, the Starlight Theater in Costa Mesa! Event page forthcoming.

House is open at STAGES Fullerton!

In case you missed it, here's a playlist to last weekend's The Nostalgia League show, all on YouTube! We hope you all enjoy, and hope to see you all at Stages Theater on the 27th!

The Nostalgia League LIVE! (January 31st, 2015) All of THE NOSTALGIA LEAGUE'S COMEDY SKETCHES from the JANUARY 31ST, 2015 show at the STARLIGHT THEATER in COSTA MESA!

Thank you everyone who came out to the show last night! We got a lot of great feedback and we are really happy that you all enjoyed the show! Our next show will be at Stages in Fullerton on February 27th! We hope to see you all there! 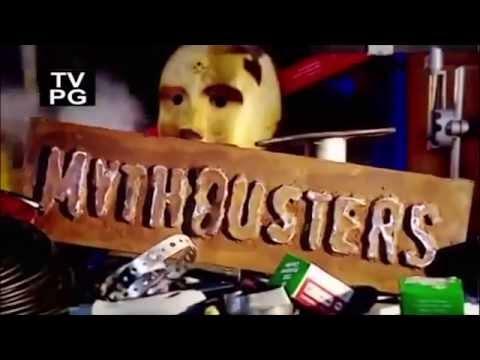 Little less than a week before The Nostalgia League takes the stage once again at the Starlight Theater! To tide you over until then, here's a promo featuring Adam and Jamie from Mythbusters!

Just want to congratulate our friends and colleagues at Burnt Luggage for a successful first show last Saturday! Looking forward to seeing them - and all other local live sketch teams - as they continue to grow and improve in the future!

2014 was a year full of changes for The Nostalgia League. We've lost members and welcomed new members Brittani Prenger, Ray Mau, and Kathy Eubanks, performed less than we'd prefer but found our stride in show quality.

But none of that compares to what we have planned for 2015.

About an hour and a half until showtime! All the information is listed below! Hope to see all of you there!

Just a friendly reminder that we, The Nostalgia League, have our spic TENTH sketch conedy show tomorrow night, at 9pm! There will be chances to win prizes, and a whole lotta laughs to go around! Hope to see you all there!

In case you missed it, here's a teaser for our show this Saturday! The event page is listed below with additional information. Hope to see you all there!

Check out our new video advertising our next Nostalgia League show! It's sure to be a BLAST from the past!

Unfortunately, due to unforeseen circumstances, we'll have to cancel tonights show. Well... cancel isn't a good word because technically we'll just be moving to a later date. We just have to wait and see when that date will be. Thanks for all the support and he hope we'll see you at our show next month!

It has come to our attention that at the last show, our preshow performer made the decision to make his game pay-to-play. We want to make it absolutely clear that we did NOT authorize this, and that had he asked us, we would not have given approval. We sincerely apologize to anyone who felt inconvenienced or cheated by these actions, and promise that it will not happen again.

Yesterday has been a very sad day for all of us. Yesterday, we were all caught off guard in a world of disbelief in hearing about the passing of comedian, and all around, wonderful person, Robin Williams. Today, it almost feels like a hangover, with everything sinking in, almost feeling worse. But, Robin Williams would want us to laugh and be happy again. That's why, for our next Nostalgia League show on August 29th, we will open our show with a tribute to Robin Williams, not only to celebrate the man, but to celebrate everything he brought into this world. For most, if not, all of us here at the Nostalgia League, Williams was a large part of our past, and helped shaped us into the performers we strive to be today. More updates are pending, but for now, stay strong, guys. Our love goes out to all of you.

I hope you're having an awesome Wednesday! We over here at the Nostalgia League and the Improv Collective have been hard at work to bring you some new material before the month's end! Videos, blogs, memes, and a stage show are all of what you can expect for July! Be sure to check back daily for more updates. Until the next one, enjoy our new logo and poster, and follow us on Facebook and Twitter! Until next time, take care!

No Jokes Policy (formerly The Nostalgia League) is a is an American sketch comedy troupe from Los Angeles, California. Created by Matt Ammar in 2012, the team originally operated under the name The Anything Show, then The Nostalgia League before changing their name in July 2013 and September 2018, respectively. The show’s sketches consist of various types of humor and subject matter, parodying temporary events, nostalgia, and politics, while using an array of stylings, from dark humor to slapstick. Originally conceived as a viral comedy, No Jokes Policy now mostly operates weekly on stage, while producing an occasional video on YouTube.
The current cast line-up consists of:
Matt Ammar
Greg Weinreich
Jeremy Alvarez
Michael Mendez
Matt Tabor
& Rebecca Frechette
with Victoria Scott