When you work with a True Warrior Fitness Personal Trainer, you’ll benefit from a program that’s personalized and custom-built to your fitness and martial arts goals. Whether you want to lose weight, build muscle, learn practical self defense, or just look and feel better than you ever have, your TWF Personal Trainer will take through both a spiritual and physical journey that will change the course of your life!

Eugene Cacho is the 1st Son of two Honduran immigrants and 1st generation American born and raised in Los Angeles, California. He grew up in an Downtown L.A. and lost many of his closest friends to gang violence, drugs, and alcohol. Eugene attended Los Angeles High School, a public High School located in L.A.

He got the nickname "Verdadero Guerrero" as a result of his success as an Undefeated Professional Mixed Martial Arts Fighter with a reputation for overwhelming and overpowering his opponents. A very Bright student Eugene is very well spoken and surprises many people when they find out his first language is Spanish.

Eugene's passion for success is fueled by his duty to provide the needed care for his mother who suffered a severe stroke in April of 2014 leaving her in a very bad physical condition at the young age of 60. When not in the gym or on set Eugene provides his Mother with the much needed assistance and support to help her heal as she is in and out of the hospital and in need of a kidney transplant.

Mixed Martial Arts Fighting and Boxing provides Eugene with the opportunity to support his mother in her fight to get healthy and his dream to finish College. MMA also provides him the opportunity to inspire other young black youths to succeed and have a positive impact on their community.

When you work with a True Warrior Fitness Personal Trainer, you'll benefit from a program that's personalized and custom-built to your fitness and martial ar...

I have some of the most amazing students! I am so proud to share this Journey with them as we learn so much from eachother as Teacher and Student #TeachOnceLearnTwice #Yelp

"Allow your Passion to become your Purpose, and it will one day become your Profession." - Gabrielle Bernstein

Back in the ring MARCH 11TH! I will be fighting #MuayThai at the Sportsmen's Lodge in Studio City! Tickets are only $30 and all the support is greatly appreciated!

Happy Tuesday everyone work hard and get closer to your dreams

See what the UFC looks like by going to ufcstore.com to get your UFC Fight Kit by Reebok.

WE WANT YOUR HELP!
Qualify to WIN 3 One HOUR Personal training sessions Valued at over $250. SIMPLY "LIKE" your favorite HEADSHOTS of Eugene "Verdadero Guerrero" Cacho and winners will be chosen randomly! 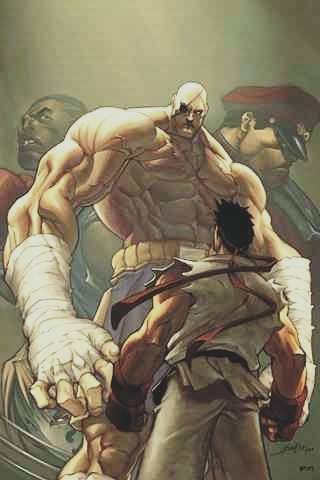 Enemies come in all shapes and sizes

December 5 it's going down grind mode

It's reppin time
Represent the environment that raised you

The only control you have is in your attitude

Difference between happiness and sadness is perspective control and conquer it

With no challenges there is no room for growth

Special thanks to Melaleuca for the Protein, Amino Boost, and Creatine to help me get stronger and recover faster!
THE American DREAM: Boxing Debut http://gofund.me/4AmericanDream?pc=14_tw_up

gofundme.com Eugene "Verdadero Guerrero" Cacho My PASSION for SUCCESS is fueled by providing the needed care for my mother who suffered a severe stroke in April of 2014 leaving her in a very bad physical condition at the young age of 60. When not in the gym working or training I am providing my Mother with t...

Thank you for the support! With your generous support & donations got my 1st pair of Boxing Shoes from my boy Mike at Pro Fight Shop!

I am very proud to announce that I will be representing Wild Card Boxing November 29th! Thank you for the donations and support! www.gofundme.com/4AmericanDream

gofundme.com Eugene "Verdadero Guerrero" Cacho My PASSION for SUCCESS is fueled by providing the needed care for my mother who suffered a severe stroke in April of 2014 leaving her in a very bad physical condition at the young age of 60. When not in the gym working or training I am providing my Mother with t...

Personal Trainer available for one-on-one training in Los Angeles. Mobile for in-home training sessions and can train at private gyms in West LA.

HIIT, an exercise strategy with alternating periods of short intense exercises. Get personal training attention (& results) without the price tag! Join us

Most gyms are merely warehouses with equipment. There’s no guidance on exercise, nutrition and motivation.

Each Body is different. Therefore the workout must be unique to the individual. This is personal training, Designed Specifically for Your Body.

ABATES is the leading provider in personal fitness training, athletic training, and ergonomic solutions for Los Angeles and the surrounding area.

I strive to help my family, friends, and community become healthier individuals. With love and support from many, I am thankful for the ability and encouragement to reach thousands more.

Show Up Fitness Where Great Trainers Are Made

Available for one on one personal training in the hollywood area or online training and coaching across the country. Stuck in a fitness rut? looking for a change? have nutrition questions? get in touch and lets get started today!