Hello everyone! In addition to running the studio, I also produce and am currently casting a commercial shooting this weekend 1/15.

Watch longtime client VyVy Nguyen in the hilarious new Netflix animated series “dogs in space”! I’ve seen how hard VyVy has worked over the years and it’s amazing to see the success she’s having 😊😊

Watch longtime client VyVy Nguyen in the hilarious new Netflix animated series “dogs in space”! I’ve seen how hard VV has worked over the years and it’s amazing to see the success she’s having 😊😊

Congrats to client David Huynh, who you can currently watch on this season of THE SINNER. It all started with a self-tape we recorded together at the studio!

Congrats to client Julian Works for his incredible work on Hulu's Into The Dark! 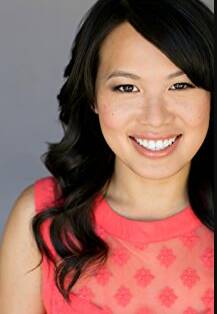 Congrats to Just Tape It regular client Vyvy Nguyen on booking her guest star for Chicago PD that she shot on tape at the studio! Vyvy just spent a week in Chicago playing a translator that helps break a case!

Attention actors! We are open on Labor day! head on over to justtapeitstudio.com and schedule your appointment!

From Stupid to Starstruck: a milennial accepts a job that changes her attitude towards “old movies”

Do you like classic movies? Or could you care less? Have you ever heard the saying the "best actors are cinephiles"? Just Tape It Owner Tory Taranova shares her thoughts on why she has now become a fan of the black and white http://wp.me/p8C7Zo-j

From Stupid to Starstruck: a milennial accepts a job that changes her attitude towards “old movies” “Here’s looking at you kid.” “I coulda’ been a contender.” “Frankly, my dear, I don’t give a damn.” I say these quotes on the regular. We all do. They’re part of the American vernacular. But until …

Calling all talent agents, managers, and acting coaches. Send us a client/student from your roster and we will tape the first one for free! (in exchange for how the session went). Call 7137255804

Pilot season is upon us! | Home | Just Tape It

Pilot season is here! Don't be home alone. Let us be your taping family ;)

Pilot season is upon us! | Home | Just Tape It Pilot season is here! And that means you are going to be putting yourself on tape a lot. This could be your year you book that series regular, you're just one a...

Cbs diversity showcase deadline is Friday! What is it? Read here. https://www.cbscorporation.com/diversity/cbs-drama-diversity-casting-initiative/ We have slots available to record your monologue from 2:30 to 5:30 Thursday and Friday 8 am-12:30 pm Call or text me ASAP to schedule! 7137255804

JTI Client Jumarcus Mason books lead in film! Happy to announce Just Tape It Client JuMarcus Mason booked the lead in the short film "Short Report!" which he recently taped at the studio. JuMarcus moved to ... 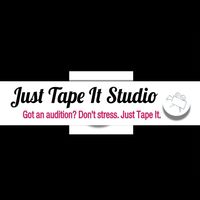 So excited to launch the brand new JUST TAPE IT website. You can now book online! Plus extra services are now offered like rehearsal space, character slates, and personality videos. Check it www.justtapeitstudio.com

Just Tape it client Hossein killed it for his audition for Vikings today! I'd cast you as the king of the desert any day!

Our Client Kristian shooting his campaign at the studio for Project Greenlight to raise funds for his documentary Project "A Punk Daydream" about punk culture in Indonesia. Who can say no to that smile? 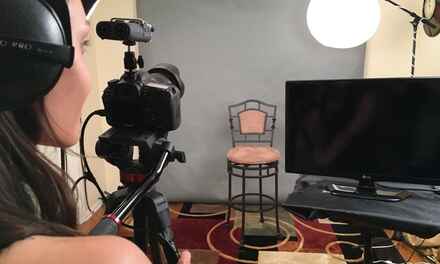 Running a Groupon deal for a limited time! Book an hour of recording time at the studio for just $30 ($60 Worth of Services) Get that character reel done, tape 2 scenes, possibilities are endless! Share with friends! https://www.groupon.com/deals/just-tape-it-studio?utm_campaign=UserReferral&utm_medium=twitter&utm_source=deal_ita

$30 for $60 Worth of Services — Just Tape It Studio From the merchant: Self taping and post production services for actors for auditions, character slates, blogs, and monologues.

Congrats to my client Carolyn Carrie Anne Deskin for her callback today! We taped her initial audition for this particular project, and we were happy again to tape her for her callback with a brand new scene from the film. You slayed it Carrie!

Just Tape It owner Tory Taranova is a fellow actor. So no more robotic readers!

Need to tape an audition this week? Special this week $30 for 30 minutes. Let's do this, pilot season!

Now offering the 30 30 split. 1) Rehearse the script with us at the studio for 30 min 2) go home, practice it on your own and get the lines down 3) come back the next day tape it for 30 min. Hit us up if that sounds good to you!

Happy win it Wednesday! Congrats Leo on winning the Oscar! If one of you wins an Oscar after booking and rocking a role you tape with us, we would love a shout out ;) Dream big.

Hey guys! This is Tory, and I'm excited to introduce my studio Just Tape It, an audition taping facility based in Sherman Oaks. Check out our client Carrie Deskin's audition for the NBC Diversity Showcase! https://www.youtube.com/watch?v=eNzB19ZR2s4&feature=youtu.be

Other Coaches in Los Angeles (show all)

Libby Gill is an executive coach and leadership expert. An international speaker, she has addressed audiences on three continents and is the award-winning author of five books.

Vijessna Ferkic -artist, author, healer Vijessna started acting infront of the camera for film and television at the age of nine.Today she pursues her love for healing art forms through acting, painting, writing poetry and music. Instagram @vijessnaferkic

Focus Self Defense + Culver City Crossfit is the place to go for high intensity training and self defense. Our motto is "Safer + Stronger".

This is the official Legends Poll Fan Page for John Robinson. The Legends Poll staff is working with Coach Robinson to connect him with his fans!

This is the official Legends Poll Fan Page for Terry Donahue. The Legends Poll staff is working with Coach Donahue to connect him with his fans!

Mind Body Spirit one-on-one COACH - OFFERINGS: "The I AM Everything Project" - Mindset and Life Transformation Course and "Upgrade to Raw" 8-Week program to elevate your wellness, for the rest of your life!!

Helping young people achieve their goals and pursue thier dreams.