Just watched hour Goalcast video about being a warrior. OMG! Thank you so much for sharing your story. And thank you for the reminder and motivation to be that warrior!
At Mia St. John's Annual Charity Event. with Mia St. John, George Hamilton, & Thomas Hitman Hearns.
I have been watching a lot of videos about you on Youtube the past few days. I never knew your complete story, or exactly how you were involved with the Shamrocks. I too was from an abusive, physically, home growing up. My path lead me to boys home after boys home until 91 when the courts got sick of me and I was going to a hearing to determine if I should just be sent to CYA until I turned 18. My hearing was at 1pm, and at 11am I was pulled from class and sent to a little office with this yoked up MF'r that had a Steven Segall haircut, also a short balding gentleman. I thought for sure this was it. The conversation went like this, " My name is Bob Shamrock and this is my son Ken. I am getting ready to open up a new home in Lockford, would you like to join?" I was like uhhh, ya but I have a hearing today. He said don't worry about that, go pack up your stuff we are leaving. Just like that! He took me to the courthouse and told them he was taking me home. I went to a home in Susanville while Bob got the new home ready. Don and JerryAnne Mamburg, you probably know them. We obviously never met, but I answered and accepted several of your collect calls, that was the rule, and went to Costco with Bob to get you care packages. Rolls of chew stands out in my mind. I saw your prison photos. I spent a lot of time with Ken because I only went to school for a few hours a day and he would pick me up and we would go to the health club until the other kids got out of school. Bob and Ken instilled a lot of life changing/saving values in me. Unfortunately, they were time released because I still got into trouble and eventually went to prison also, but that is when all of the things they taught me started taking effect on me. Ken especially. He would mess with me so much and I would get so pi**ed at him and he would just keep it going giving me work hours. I worked those off when Ken bought the house across the street. The back yard was full of about 2ft tall sticker bushes, I had to remove them.... Then Ken pulled me aside and told me why he messed with me so much. Because it was easy, I held up a red flag that said mess with me, and that if I didn't fix that I would have problems the rest of my life. He was right, I instantly fixed that and to this day I can see right through people who are just trying to get my riled up, and I laugh. Those two are great people, and feel like I can say this, but I KNOW Bob is looking down to you and proud as hell that in a sense, you have carried on his tradition of making a difference in peoples lives. BTW, the reason I left that home was me and another kid snuck out and took the car of a new counselor ( He had just moved to town so he was crashing on the couch until he got his own place) and I was messing around and hit a tree with it. I dropped the other guy off by the house to let him get settled in and then I showed up and told Bob what I did first then the counselor. The car insurance company is who pressed charges on me. That was early 93 and the last time I saw Bob. I did pop in 1 time and saw Ken at his 1st Lions Den in Lodi. Anyways, keep up the good work and thanks for sharing your experiences to help make a difference.
https://www.facebook.com/goalcast/videos/157206882885470/
Helo
https://m.facebook.com/story.php?story_fbid=638924466977095&id=100025786433190&sfnsn=mo&d=n&vh=i
https://m.sherdog.com/news/articles/Frank-Shamrock-From-Failure-to-Greatest-Ever-in-Two-Years-174067
Please even 5$ will help and with a well known name donating I think I can reach my goal
my real name is curt , im currently watching your youtube video,,i need help bro. im 50 and a mental and physical wreck,,i was inspired by your story,,contact me please..
https://www.youtube.com/channel/UCVpc_ch1VzeX5U9bSC2BsrA subscribe to chanal
+ (Plus) - (minus) = (Equal)

If you haven’t listened to this podcast take some time to give it a listen. I’ve been a fan of Frank Shamrock since the 90s this interview provided some cool insights into not only Frank Shamrock the fighter but also Frank Shamrock the man and everything that brought him to this point. I especially love the concept of + - = life changing philosophy

I watched the Movie about Frank's life. It was very emotional and I was happy to see Ken and Frank make up in the end. I am also an MMA instructor and I was fortunate enough to meet Frank at an MMA event. It's a blurry photo but I am the one that Frank has his left arm around. He's a class act both during his fighting days and now with all the help he provides for others.

Frank Shamrock is a Legend of combat sports. He is a visionary entrepreneur, ex-con, author, star at

The is happening right now. Bonnie is looking to take this belt home tonight. She doesn’t know that we have another one for the live auction.

The OG - BiPolarRock N’ Roller is headed to Brooklyn for our event!!

Fresh off the ppv, the voice of combat sports w be announcing the bowling challenges at the & supporting - 2 donate

We love you Mauro!

Repost from
•
It’s such an honor to serve veterans & their families. Can’t wait for our next BiPolar RocknBowler - join us on 11/1/22

We are less than a week away from our event on 11/1 - if you are in , love to bowl, live music, help people, socialize & party - you won’t want to miss it. Pics from our last event!

Bagel shop wisdom. Words have power - use them for good.

End of the rainbow

The real Martin on Kauai 🏖️

Don’t chase money or $ things. Chase dreams & friendships; they are worth a fortune. AND, streamline ur wallet & life.

Friday Night Fights in ! Can’t wait to see some battles. Come join me 2 enjoy a legendary night of MMA action. 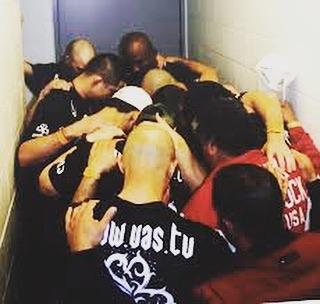 Happy Birthday dad! Thank you adopting me. Gone but never forgotten, remembered each day, honored by my actions. I owe my life to your kindness and love. Miss you so much

Happy Sunday - hope you are with family 2day.

When 2 of ur besties come to ur new town & you have meetings scheduled all day = friendships 1st.

Friendships are the key to a long happy healthy life.

No rules, no expectations, a silent agreement based solely on love for each other.

Reach out to a friend today - tell them you love their friendship.

8 letters are the key to happiness and peace.

I called 10 places in Carlsbad & Oceanside for bike repair - no one had time repair or didn’t repair my kind of ebike, most people never even called back.

Beyond frustrating, until I found Dan the man. Prompt professional courteous & back on the road in 15 mins.

If you need an ebike repaired or serviced - this is ur guy. 100%

I am finally getting settled in Carlsbad & loving the beach life. This one of my most treasured items - love you

Last day in Poland - we visited . Nearly 1 million Jews killed here in less than 13 months. Remote forests hid these atrocities from the world.

Made it to Warsaw Poland. We are helping Ukrainian families and volunteers today. join us:

helping out at Przemysl Humanitarian Center - anyone can help

Today is a special day. I love being a dad, this is next level.

This is a house of champions guided by incredible leadership.

Honored to be amongst these warriors. Thank you Greg & Team. 🙏🏽

Deeply honored & proud of the growth of martial arts - 23 years ago we kicked off a new era of sports & fitness.

When ur supposed to be helping people & ur stuck in the airport. This looks like an abduction moment…

Long before we used kids games to create champions. Leap frog 🐸 - over the back, through the legs back to start as fast as possible - repeat until dead - or try 10 & then switch sides.

Here we share focus each day, to remind True Voice dedication to every day action. Let us join inten

Three Generations of Safe Experts for over 40 years