Beast Fighting
We represent even on road trips!
Steven Gagnon doing some cardio with a 50lb weight on. Getting ready for April 12th
V3s in 2 days... Bring the good stuff!

INSPIRE MOTIVATE DOMINATE! Next Generation Sports Apparel. We want you to be better than your best. Achieving your full potential is the ultimate victory.

Clothing for the modern day athlete and those who want to distinguish themselves from the rest. We also HELP by donating 10% of our sales to support our military families and heroes and sponsoring and supporting athletes. Don't be a rookie, BE A BEAST!

BE A BEAST Apparel representing at the V3 MMA Fights in Memphis, TN last night. Where all the BEASTS of the octagon do battle! A huge shoutout to V3Fights for an awesome show, they are one of the best outfits in the country!

Are you tough enough to win a BE A BEAST APPAREL sponsorship? The search is on for 2015 PRO-TEAM athletes! Submit your bio to [email protected] Looking for athletes from various sports! *To be eligible you must compete at a national or professional level.* Good, better, best, BEAST!

Apparently even Santa is trying to BE A BEAST! Lol. Merry Christmas to all the members of the Beast Family. We look forward to sharing an awesome 2015 with you! (We also hope Santa made it safely to your house! Lol!)

Current rising pro tennis player, a Beast at 6'6" Amrit Narasimhan and Peter Lundgren one of the top coaches in the world representing the brand! Peter has worked with previous world number one ranked players Roger Federer, Marat Safin and Marcelo Rios as well as Stanislas Wawrinka and a host of other top players. Lundgren who also played professionally himself was a Beast achieving a career high ranking of 25 in the world. During his career he defeated 5 players who achieved a world number one ranking. These include the likes of Pete Sampras, Ivan Lendl, Mats Wilander, Thomas Muster and Jim Courier. We don't just like it, WE LOVE IT!

The opportunities are endless! There's a big world waiting for you to get out there and BE A BEAST!

DISCIPLINE and RESPECT, two key words! Without respecting a teacher you will not listen and learn. Once you do acquire the knowledge it takes discipline to practice what you have learned. No excuses! BE A BEAST!

The pathway to becoming a Beast is a tough one! There will be many tests along the way, ups and downs, happy moments, sad moments, painful moments, moments of elation, all character building experiences that serve to strengthen you and help you become what you are destined to be. To all the Beasts in training: We hope there is always a caring, helping hand to lift you up when you are down and to support you on your journey.

Give back to the sport you love. Become a mentor or teacher and make a difference in someone's life! All the little Beasts in training need you to teach them how to become a true BEAST!

Once inspired, you are unstoppable!

V3Fights this weekend in Nashville! We will be there! Will you?

Our brand new two tone BE A BEAST Premium Fitted Cap! Top quality! Only at beastuniverse.com

Fresh! The awesome new BE A BEAST Flexfit Premium Fitted Cap! Top of the line quality. Grab one before they're gone!

Tomorrow night BE A BEAST Apparel will be at Minglewood Hall for V3Fights Make sure you get some tickets and come and support the Beasts of the octagon! Stop by our booth and check out the awesome new MADE IN THE USA line of clothing!

Remember who keeps you safe? The real Beasts of our world. Remember them, honor them, thank them. 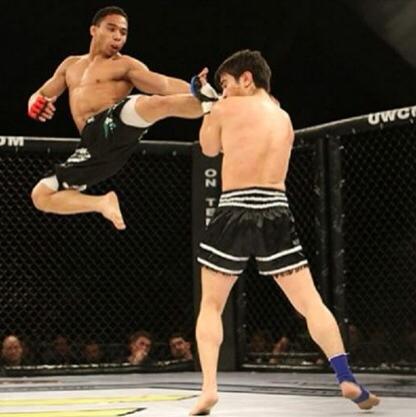 BEING A BEAST takes guts! No risk, no reward! Do what you love, do it 100% and enjoy the results of your efforts! Love it!

Becoming the strongest man in the world is no cake walk! Don't be a rookie, BE A BEAST! No excuses!

"Sportsmanship" the one word you have to adhere to and represent if you want to call yourself a true Beast! Takes guts! BE A BEAST!

If it was easy, we would all be good! Getting to the top is a struggle that involves many sacrifices and lots of pain, both physical and emotional. No excuses! BE A BEAST and rise to the occasion!

Whatever you do, make sure you do it 100%(adding a bit of style to the process doesn't hurt either!) Get out there and BE A BEAST!

Enjoy the journey and savor the moment. Being a Beast is tough. Sometimes you just have to pause and enjoy the fruits of your hard work and effort.

Weekend tip: Talk is cheap, get out there and lead from the front. Less talk = more doing. The rest will follow. Don't follow the trend, be the trend! BE A BEAST!

Practice makes perfect! Anything is possible. It only takes hard work and dedication! BE A BEAST!

Gotta be able to take some hard knocks in life! The question is: are you Beast enough to come back for more? Don't be a rookie, BE A BEAST!

Be glad you are not in their cross hairs, they don't miss! Let us remember and honor the "true Beasts" of our world, those who risk all for those they do not even know. We support them by donating a percentage of every sale to the Navy Seal Foundation and Special Operations Warrior Foundation

It's about the look in your eye and the sweat on your brow! The more sweat, the BETTER, the more determination in your eyes, the BETTER! Get out there and put some sweat on that brow! BE A BEAST!

Skill alone ain't gonna get the job done! Gotta put in the hours! Gotta BE A BEAST!

The winning recipe for the grind! Apply this to anything you do in life and it will be a success! BE A BEAST!

Weekends are meant for rest, at least for the average folk. This is how members of the Beast Family choose to enjoy their weekends! BE A BEAST!

The first WINNER in our FREE T-Shirt giveaway celebrating the launch of our new site is: Jonathan Towles! CONGRATS!
**Two more shirts are up for grabs! Like our BEAST UNIVERSE page or follow our Instagram account and you might be a WINNER!

FREE T-SHIRT GIVEAWAY as part of our new site launch celebration!! Simply "Like" our BEAST UNIVERSE page and you could win a free shirt! It's just that easy!
Starting today for this weekend only! DAILY WINNERS! Like us now and check to see if you are a WINNER!!

Weekend tip: HARD WORK! It's also called sweat equity and it's the best investment you can make in yourself!

Other Outdoor & Sporting Goods Companies in Memphis (show all)

Backwoodz ATV Rentals & Attractions is a mobile rental company based in the Memphis, Tn area. We offer adventurous off road tours on Atvs. Please call or Text 901-801-8718 for more info. Thanks!

Buck Gardner Calls was founded in 1996 with the mission of providing quality duck calls to the everyday duck hunter. 2021 marks the 25th year of BGC and we are excited for what is to come in the future. Let us know if we can help in any way!

Our shop has been in the Memphis area for over 17 years providing great quality live bait and fishing tackle for our MidSouth anglers.

Wilder Gunsmithing is a full service shop offering everything from general repairs and modifications to full restorations. (Open: Tues-Sat, 9am-5pm)

We are a full service archery shop with an indoor 30 yard range.

KnifeJoy.biz is born from a passion for Medford Knives and the desire to share them with the world! High quality knives made in the USA. MKT USA

We are family owned for over 25 years. We offer top quality bait at very affordable prices.