Forest Service Says “No Evidence Bike Use Would Degrade Trails”.

Triathletes, plan your training correctly, use the following info to help. http://running.competitor.com/2014/05/recovery/swimming-for-post-run-recovery_22631

Want To Recover Faster From Running? Start Swimming | Competitor.com A new study shows that swimming for recovery, rather than idle rest, enhanced performance in a subsequent run by attenuating muscle tissue inflammation resulting from the first run. 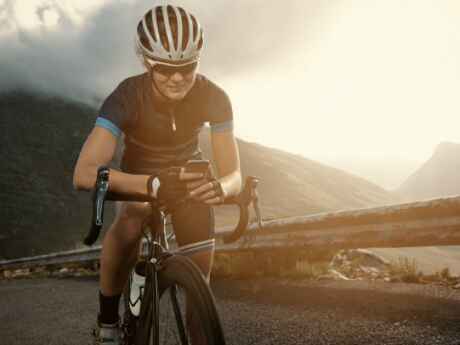 3 Exercises to Train Your Mind

3 Exercises to Train Your Mind You can't expect to have a positive mental dialogue during a race unless you've practiced the same dialogue in training.

The Rise of the NFL Cycling Nerd

Pretty cool. Who would have thought football players would take up cycling.

The Rise of the NFL Cycling Nerd Minnesota Vikings linebacker Chad Greenway is one of the growing number of NFL players using hard-core bicycling to train for football.

T2 Aquatics athletes are about to kick off the "2015 Winter Junior Nationals -- East" Swimming Championships. T2 athletes have earned the right to compete in this competition by racing to FAST qualifying times over the last year. Our Team members are: Shawn Lemarie, Rip Lyster, Jack Scanlon, Kayla Tennant, Bean Faunce, Emma Feehery, Kaitlyn Hauser, Matthew Limbacher, Paolo Sunyak, and Wyatt Kellett. We start the competition this evening at 6pm with our Men's 800 Free Relay (schedule for just after 7:00pm), and then we get into our prelim/final format from Thursday through Saturday. Let's go T2!!

Is triathlon elitist? Interesting read and POV. Triathlon has certainly changed in the 30 years I've been competing.
http://www.outsideonline.com/2035616/rip-vineman-1990-2015?utm_source=twitter&utm_medium=social&utm_campaign=tweet

RIP Vineman 1990-2015 The spirit of long-distance triathlons is being swallowed by behemoths like the World Triathlon Corporation. And it's our own fault.

5 Off-Season Triathlon Training Tips Triathlon training isn’t just necessary for the competition season. You should be training during the off-season, too. Use these tips.

3 Secrets of Legendary Coach Arthur Lydiard - Competitor.com Apply these top tips from one of the world's best coaches to make your next big breakthrough as a runner. 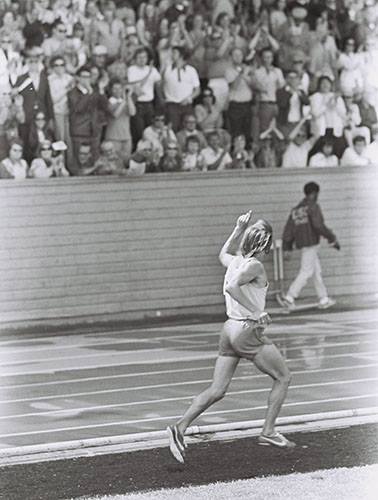 Athletics can be beautiful!

“Some people create with words, or with music, or with a brush and paints. I like to make something beautiful when I run." —Steve Prefontaine

Why bike riding is being prescribed for kids diagnosed with ADHD

Why bike riding is being prescribed for kids diagnosed with ADHD Nearly six million children in the United States have been diagnosed as having attention deficit hyperactivity disorder, or ADHD. Many parents worry about the medications often prescribed to help the kids, what they might not know is that, help may be as close as their garage. TODAY's Harry Smith re…

Failure doesn’t erase success but it can make you start over in your thinking. Never become so entrenched that you can't evaluate what you are doing

Thanks Tyler for the fit. A proper fit will have you and your bike riding as one.

New Bike Laws Might Make It Legal to Roll Through Stop Signs San Francisco, Montreal, and Washington, DC, are all looking to adopt the “Idaho Stop.”

The Man. No other words to describe him.
https://m.youtube.com/watch?v=PtnaAfWxhik&feature=youtu.be

Big congrats to these student athletes!

Congrats to all T2 athletes on a great Day 2 of Sectionals! Special congrats to Rip Lyster and Shawn Lemarie, who each posted their first Summer Junior National qualifying time at this evening's Finals session. Rip's 4:33.2 400M IM put him .50 under the cut, and Shawn's 1:54.69 made the cut to the one hundredth. Rip and Shawn join Matt Limbacher, Kayla Tennant, and Kaitlyn Hauser on our T2 Junior National Team, which travels to San Antonio later this month. We have two more days to go and we are all pumped to keep it going!

So deserving. We've posted about Lucky's before. If you are ever in the Orlando area and want to try a cool, fun event, I'd recommend Lucky's Lake Swim.

Hey, Athletes! Get in the Zone with These 3 Steps | Outside Online

Scientists are discovering ways to find your "zone." Here are a few.

Foresee It, Believe It, Achieve It: The Power Of Visualization For Runners - Competitor.com

An often overlooked part of training and racing.

Foresee It, Believe It, Achieve It: The Power Of Visualization For Runners - Competitor.com Visualization is a mental strategy that can be a powerful tool in getting the very most out of yourself.

Who's excited for Boston on Monday?

Even though your body and ego may disagree...train with people better than you. You'll be better for it!

A Few Words About Running from the Great Larry Bird

Awesome article! People never believed me when I would tell them that the Sunday Velo group passed Larry Bird running on Crayton.

A Few Words About Running from the Great Larry Bird At age 58, the Boston Celtics legend is now president of the Indiana Pacers and still a runner at heart. Here, he reveals his lifelong passion for the sport and the unique way he manages to get his run in four times a week. I always ran when I played. Before games. After games. Didn't matter. I just…

This will get you fired up for the Boston Marathon.

Tough track session planned and the heat is back. Get yourself mentally prepared.

Qualifications do make you a good coach | sports coach UK

Please ensure that your coach is properly qualified. It does matter! http://www.sportscoachuk.org/blog/qualifications-do-make-you-good-coach

4 Ways to Improve Your Cornering Skills

4 Ways to Improve Your Cornering Skills In the U.S., the bike racing season is centered around the criterium, or crit. Featuring fast racing, high speed corners, and aggressive tactics, having good cornering skills are vital to staying safe and racing well. Coach O’brien Forbes gives you tips on how to improve your ability to corner at hi…

3 Tips for Running Faster Off the Bike

Great advice and more reasons to have a certified coach create your training plans.

3 Tips for Running Faster Off the Bike The ability to run well after a swim and bike is critical for success in triathlon. Nick Radkewich, a member of the 2000 U.S. Olympic Triathlon Team and current Head Coach of the Endicott College Men's Cross Country team, gives you three ways to improve your ability to run well off the bike.

The Runner's Guide To Bounding - Competitor.com

Here's a way to build strength for faster running.

The Runner's Guide To Bounding - Competitor.com The more power one has to sprint, the faster he or she can run a marathon. Distance runners are learning that they must also hone their

FCA challenges coaches & athletes in Collier, Lee, Hendry and Glades counties to make an impact and a difference for Christ. www.swfloridafca.org

This page was created to share the trials and tribulations of the RedStarr Gang. You can also see u

Join WW Studio Naples and become inspired by people like you who are losing weight and creating healthier, happier lives . Visit our website for the latest time and address information.

Official Page of the Naples Pickleball Center in Naples, Florida — the Pickleball Capital of the W