Hole In The Wall Golf Club

Eagle Academy now trains in Golden Gate "Aaron Lutz Park" At the request of several parents academia now have practices on Mondays and Wednesdays at Aaron Lutz Park for children 7-12 at 6pm and 13-17 at 7pm.

Quieres ser arbitro certificado?
Do you want to be a Certificate Referee?
Call us or send an eamil to us:
Llamanos or escribemos a:

Would like to be a certified referee? You just need to take a certification course and are already part of the select group of referees Futsal / Indoor Soccer Florida State .

Ricardo Pedriel sign for "Bolivar" soccer club The Bolivian Ricardo Pedriel professional football player who lived with his family in the city of Naples after finishing his contract with Sivaspor i...

Futsal Regionals will be played in Southwest Florida

Futsal Regionals will be played in Southwest Florida Futsal federation of the United States for its acronym in English ( USYF ) has chosen the city of Naples to host the regional tournament the South Wes...

Eagle Academy champions and unbeaten in the U17

Eagle Academy champions and unbeaten in the U17 On Friday, the end of the sub division 17 of the fall season where Eagle Naples Futsal Academy was crowned champion after defeating AC United 3x1 club... 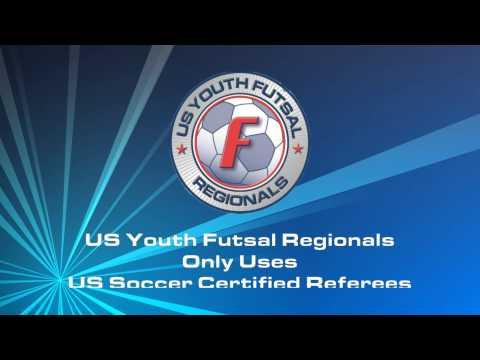 The 2014 US Youth Futsal Regionals Is Coming Soon!

Registration are open for the 2014 Southeast Regional Tournament:

Top 2 team in each division qualify to play in the National Futsal Tournament in Kansas for President Day.

2014 Southeast Regional Tournament I understand that in addition to the tournament team fees, each player must register with United States Youth Futsal (USYF). The $8.50 per player fee and player releases are completed and paid online by the player/parent/guardian (P/P/G). Players will not be eligible to participate unless payment…

Eagle Fc got their first victory against Atletico Peru

Eagle Fc got their first victory against Atletico Peru Newly promoted FC Eagle luxury gave on Sunday to defeat one of the strongest in the Naples Futsal Premier A " Atl�tico Peru " which has a very good tour in the first division two championships and five runners-up .

Eagle Academy is the new champion of the Premier B

Eagle Academy is the new champion of the Premier B Eagle Academy was the surprise of the tournament in the second division of Naples Futsal to remain as champion in his first participation in an adult division since players are under 16 and even a couple of sub 14.

USA will be hosting the Intercontinental Cup

Eagle Academy U16 winning every game and champion of the Naples 3v3 The sub 16 Eagle Academy participated in the regional tournament held in Naples 3v3 which gives two national quotas for the same type of 3v3 in Orland...

Do you want to improve your soccer skills?

Do you want to improve your soccer skills? Advertisement by Bonita Futsal.

Eagle academy won the first friendly cup in Naples This month was held the 1st. Friendship Cup Futsal in the city of Naples organized by Naples Futsal which counted with the participation of four clubs...

Would you like to be a Futsal or Indoor soccer referee, Naples Futsal will be offering courses

Would you like to be a Futsal or Indoor soccer referee, Naples Futsal will be offering courses The Florida State Association (FFA) via Florida States interim relief (FSR) the certifying entity of football referees, Futsal and Indoor Soccer Flori...

Other Sports Venues & Stadiums in Naples (show all)

You’ve never seen a facility like this! Collier County is making a substantial investment to deliver the most comprehensive sporting and entertainment facility in the country. Phase 1 and Phase 2 are now open and booking events. Come #PlayParadise!

This trail is no longer available to ride.

This is a sport page soccer, football, tennis, base ball etc.

HI, , Rc Enthusiasts We offer an opportunity to bring remote controlled Kaos to you! Contact me and contract me to set up where ever you would like! We have a large selection of Traxxas hobby grade remote controlled Cars and Trucks.

Providing a tennis program as an enjoyable sport for residents of all ages and abilities, while enhancing the lives of all VW residents.