Hi, SMASH! My group is looking for part-time referees and coaches. We play a game that is similar to volleyball but a little different. Please PM me if you might be interested or know of a good lead. Thank you!

For 20+ years SMASH has consistently maintained a position at the top of age-group performance performance results at the New England level and beyond. Each team practices at least twice a week and competes in NE Region USAV Juniors competition, with some teams having the ability to play outside New England. We have competitive tryouts and practice twice a week from January through June, with Sund

ay practices being 4-5 hours. SMASH athletes train and compete in their age groups. Teams are created on the basis of performance at the competitive tryouts. Details of cost and schedule vary according to the exact team's schedule of practice and competition.

5'10 sophmore outside hitter Riley James led the Barnstable Red Raiders to a 26-1 record and the Division 1 state championship this past season. James tallied 518 kills, 217 digs and 42 service aces while posting a kill percentage of .471 and a hitting percentage of .347. She concluded her sophomore year with 811 total kills in her prep volleyball career.

Riley maintains an A average in the classroom, is a member of the Spanish National Honor Society, and volunteers locally with the Special Olympics and as a youth volleyball coach.

Prep Volleyball also noted SMASH 16's semi-final match as the most entertaining of the tournament:

"Most Entertaining Match: This one belongs to the Charleston Juniors-SMASH 16s 17 Open semifinal contest that was looking like it would never end — and helped set the day’s schedule back another 30 minutes! SMASH won the opening set 25-23, Charleston Juniors forced the tiebreaker after a 25-16 second set. Once the contest got to 14-13, the teams started trading points until Charleston finally won 21-19."

Why young athletes are flocking to volleyball, not basketball, in record numbers

"Redan High School (Georgia) freshman Takaira Flemons discovered the game at a summer camp at Georgia State. Her high school coach wanted her to try out; now she's working toward a volleyball scholarship.

"Volleyball is a game of the mind," the 5-foot-11 Flemons said. "It takes strategy. It's not easy, but it's not hard. I don't like basketball. Basketball seems like the same thing every time. I don't like to stand under the goal. I don't like running at all. It's the same repetitive thing. In volleyball, it's something new, every set, every game.""

espn.com More girls are choosing to play volleyball instead of basketball, according to an NFHS survey. Officials, coaches and players have a variety of theories on the allure of volleyball. 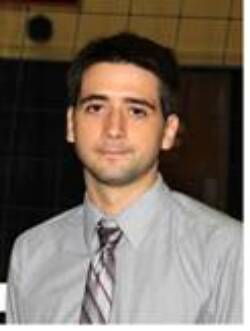 The American Volleyball Coaches Association created this award to honor up-and-coming coaching talent at all levels of the sport nationally,

As Director of SMASH Boys Volleyball, Dimov has built the fledgling program into the region's top club in just a few short years of existence. SMASH top 18s team earned a national bid in 2015, and is currently ranked 20th nationally.

Under the leadership of head coach Richard Barton, Dimov has proven to be an integral part of Newton North High School's winning volleyball culture: his junior varsity record in the last three years being an impressive 35-4.

Dimov is currently the head coach of SMASH's top 18s teams for both boys and girls.

SMASH 16s are the undefeated Champions of 16 Open Division, without dropping even a single set! The 16s won the Open Gold finals with scores 25-12, 25-13.

SMASH 18s are the undefeated Champions of 18 Open Division, not losing a set until the Open Gold finals. "All weekend we talked about treating each match like it was a championship. That way, we would not have to try to elevate our game under pressure," said Asst. Coach Eric Neely. "We could just be ourselves and trust in each other." The 18s bounced back from a 19-25 first set with a convincing 25-16 second set, before taking home the Gold with a 15-10 victory in the deciding third set.

The next stop for 11 of the SMASH travel teams is the NERVA Open Qualifier in Springfield, MA February 3-5

SMASH 14s are the Champions of the 14 Open Division, with an undefeated record!
The only team from Massachusetts to win a division at Winterfest I, the 14s battled through multiple 3-set matches to emerge victorious. Asst. Coach Chris Flouton-Barnes was pleasantly surprised by his teams' resilience and composure, "At this stage of the season, in the very first matches we have played together, it is challenging enough to stay organized and maintain focus. It was impressive to see these young athletes navigate a weekend on the road and so many close matches with such confidence and determination." 7 of the team's 15 sets played were decided by a 2 point margin - with SMASH 14s winning 6 of them.

Both SMASH 15s and 15s Power came in the top two of their opening day pools, making the Gold Bracket of the Open Division. SMASH 15s placed 3rd, with 15s Power winning 5th.

Playing in 12 USA, SMASH 12s finished with the second best overall record, and became the first SMASH 12s team to ever attend an overnight tournament!

January tournament action continues next weekend at Winterfest II, with eight more SMASH travel teams taking the court in their first event of the season!

LEAGUE & SKILLS PROGRAM
1/8 to 4/9, 10am to 12:30pm at Newton North High School
*Start your Sunday mornings off right with this 14 week program!*
Female athletes grades 7 through 12.
All experience levels are welcome.
The areas top volleyball coaches will provide instruction and feedback in a safe, fun, active and competitive setting. Emphasis will be on gaining many high-quality game-realistic repetitions, with lots of competitive play in an array of formats.

YOUNG ATHLETE PROGRAM
1/21 to 2/25, 1pm to 3pm at Newton North High School
*Saturday afternoons just got a lot more exciting with this 6 week program!*
Boy and girl athletes ages 6 to 12.
All experience levels are welcome.
Introductory instruction of fundamental volleyball skills. Emphasis will be on scientifically-proven effective sport specific motor programs, with fun, active, engaging play in a variety of formats. 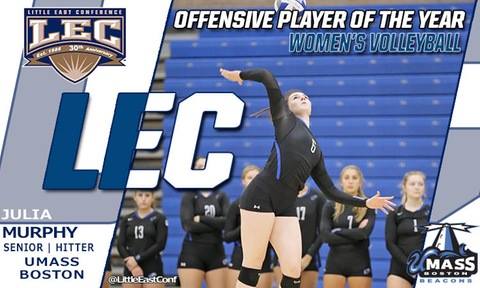 #SMASHAlum Julia Murphy wrapped up an amazing four years for UMass Boston, becoming the first player in the program's history to ever be named a Second Team All-American. A four-time Little East Conference Offensive Player of the Year, she also ends her college career as the program's all-time blocking leader.

Graduated from Canton High School in 2013, Murphy was named a Boston Globe, Patriot Ledger, and Boston Herald All-Scholastic Honoree. She helped her SMASH team to a 18's NERVA Championship of the 18 Open Gold and The Great Nor'Easter 18's Gold Championship. 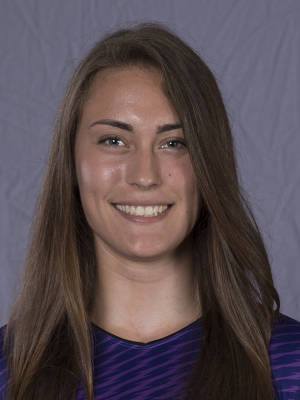 #SMASHalum Mandy Sifferlen set a program record with 497 kills this season at Holy Cross. She ended the year averaging 4.97 kills per set, the most ever by a Crusader in a single season.

Her 4.97 kills per set were sixth in the nation and first in the Patriot League, while her 5.41 points per set were ranked 11th nationally.

SMASH won FIVE tournaments, including top 18's, 16's, and 14's Tournaments and had the strongest showing of any club at this year's NERVA Championships!

-SMASH 16's played in 18's Open all year, finishing tied for the 5th ranked 18 and under team in the region. This is an unprecedented mark for a 16's team in New England.

With the above three results, SMASH has 3 of the top 4 16 and under teams in New England. There are 55+ clubs and 160+ teams competing at this age group.

-SMASH 14's finished as the Champions of 16's Open Copper

SMASH 18's traveled to Los Angeles to compete in the Southern California National Qualifier. They finished with an impressive 9-1 record and won the Silver Bracket!

SMASH wins 5 tournaments at NERVA III, and finished top three in five others!

SMASH 15's made SMASH history as the first ever SMASH 15's team to finish first at NERVA 16's Open Gold!!

Congratulations to all SMASH teams for a well played tournament.

NERVA I has concluded!

SMASH is the Champion of 18's Open Gold and Champions of 12's A!

In the 18U level, SMASH finished with two of the top four teams in New England and four of the top twenty-eight teams.

In the 16U level, SMASH finished with two of top four teams and five of the top twenty-six teams in New England.

SMASH also finished with two of the top four 14U teams in New England.

Over the course of the past two weekends, SMASH Boys have won two tournaments at NERVA II and had three teams place in the top fifteen at the Rochester Can-Am.

The Rochester Can-Am is an international tournament with many of the strongest teams in the USA and Canada attending. Six SMASH teams attended, with SMASH 18's and SMASH 16's both finishing fifth in the Gold Bracket. This was the strongest showing of any club from New England.

[01/19/16]   Congratulations to SMASH 18s for their second place finish at Winterfest this year, as well as SMASH 14s and 15s on their third place finish, each in their own divisions.

A special congratulations to SMASH 16s' third place finish in the 17Open Division!

Player of the year: Gianna Scioletti

telegram.com The repeat choice as Hometeam Player of the Year, Scioletti earned the honor again after another stellar season for the Rangers. The 6-foot-3 senior

This weekend we're welcoming 2,500 athletes to Connecticut's capital region for the New England Region Volleyball Winterfest tournament! This is going to be an incredible weekend at the Convention Center! #CtConventions #HartfordHasIt

Outside Hitter for SMASH 18s in their 5th place finish at the 2015 USAV U-18 National Championship in New Orleans, Paulina was recently named the MassLive 2014-15 Female Athlete of the Year.

A three-sport star for the Minnechaug Falcons in volleyball, basketball and softball, Paulina is a two-time All-State volleyball selection and the back-to-back Western Massachusetts Volleyball Player of the Year.

Congratulations, and best of luck at University of Hartford!

Primarily designed for high school players, League & Skills strives to give young, inexperienced volleyball players solid training in all skills, as well as many days of competitions. Coaches are chosen for their coaching ability, knowledge, and most importantly their positive influence with young players.

League & Skills program alternates sessions of rigorous, focused volleyball drills, with competitive competition. Each player receives regular playing time, and can form their own teams (can all be from the same school!) We are a no-cut program, and have a two-week 'try us out' period for a small fee.

If you have any questions, or are younger than high school age and would still like to participate, please contact League & Skills Head Coach Stephanie Lefever - [email protected] 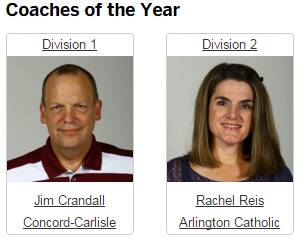 Jim Crandall and Rachel Reis, both long time SMASH coaches, were honored by the Boston Globe as the Division I and Division II Coaches of the Year, respectively. 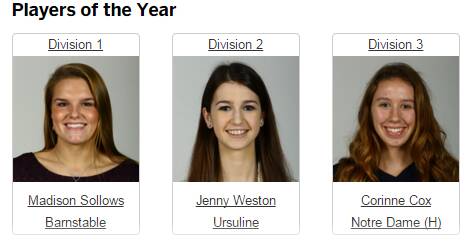