Happy Holidays--This book quickly became one of my all time favorites and I'm helping spread the word! Thanks
https://www.facebook.com/K9RockyBook/posts/450135632048557:0

ForceK9 is a specialized design and gear manufacturing company located outside Phoenix, Arizona. ForceK9 vests are designed, custom built to order, high quality K9 vests designed to withstand rugged use. Made in America using mil-spec quality components ForceK9 vests are semi-tailored to fit your working dog allowing for ease of wear and comfort and peace of mind for you, the handler. Preferred by

Remembering those who have sacrificed everything for our freedom...Thank you!

Just finished up a prototype Tracking vest for my dog Koda. It's loosely based on the COMVest, but for smaller dogs. We'll be training for the next couple months, so it will be a good opportunity to work out any bugs before we offer a version of it on the website.

A heartfelt thank you, to all military personnel for the sacrifices you and your families have made for our freedoms.

Brandon Holiday is looking for help via his RallyMe crowdfunding page to compete and represent the United States in international competitions as a sprint para-kayaker.

Brandon and his lovely Labrador Dyson are featured on our web site under "Our K9 Pack". http://www.forcek9.com/forcek9_photos.html

Let's see if we can all help Brandon with his goal of competing for a spot on the 2016 Paralympic Team. For more info check out the link below. 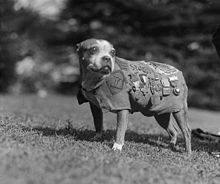 I was forwarded this and thought you all would enjoy.

Sergeant Stubby (1916 or 1917 – April 4, 1926), was the most decorated war dog of World War I and the only dog to be promoted to sergeant through combat. America's first war dog, Stubby, served 18 months 'over there' and participated in seventeen battles on the Western Front. He saved his regiment from surprise mustard gas attacks, found and comforted the wounded, and even once caught a German spy by the seat of his pants (holding him there til American Soldiers found him).

Thank you to all who have served. We truly appreciate your service!

Here's a great book by Ron Burns that celebrates the dogs of 911.

Get the book here:
http://www.ronburns.com/book/index.html

The book is filled with great stories of dogs and the roles they played on September 11th.

Check out this link for more info:
http://www.ronburns.com/tribute/dogs/index.html

[07/04/14]   From all of us at ForceK9, we wish you and your families a wonderful and meaningful Independence Day!

Dog sees Dad after being gone over 6 months

Great example of the bond between an owner and their dog...

After being gone for over six months overseas, my daddy's girl of a puppy is finally reunited with her daddy. As far as people commenting on the credits at t...

Thanks to all of you who stopped by to say hello at the 2014 Overland Expo...It was great meeting you and talking dogs! We sponsored the K9 Water Stations around the show so our 4-legged friends had a place to hang out and cool off!

This is an interesting technique...

Shmulik B. a professional dog trainer and an AKBAN academy veteran, http://www.akban.org - shows how to get an assaulting dog to release its bite. This will ...

Also now adding photos of our K9 clients sporting their new vests, so if you haven't sent yours in...time to do it now.

We really appreciate your sharing such great stories and photos with us over this last year and we love hearing how you and your dogs are enjoying our products. Thank you for letting us share in the special bond you have with your furry best friends!

In Memory of Moka

The idea for ForceK9 started shortly after making a vest for Moka. He was certainly the best little buddy to have around when designing and sewing…he didn't mind me hanging fabric and webbing on him so he quickly became the official "dog model" when building small dog vests. His spirit was strong and is woven though out my family and this company.

We lost him due to a vicious attack with coyotes while protecting his kennel mate Cowboy in the yard. He had a spirit greater than himself and in true warrior fashion demonstrated that spirit Sunday night. He was going to protect his family from these invaders no matter what happened. He fought a valiant battle that night and he made sure he came home to us…there was no way he would let those damn coyotes take him away.

We all worked very hard to save him that night and for a time at the Vet hospital we thought he'd pull through. He was one strong, tough SOB and had survived many tough scrapes. Sadly in the end his injuries were far too great and that big heart and spirit became tired…he just wanted to go home, curl up on his favorite chair and rest from the big fight and be with the family he loved.

And in the end isn't that what we all want...To go home...it's really all about family. We will truly miss his big heart and spirit.

Tanner all decked out and ready for action in his new ForceK9 vest. 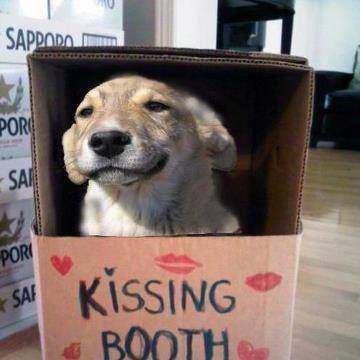 A Compact Trauma System designed and developed
specifically for the field Operator/Handler and their K9
partner for high-speed treatment of major hemorrhaging
due to gunshot, blast or stab wounds.

Now you can provide lifesaving field treatment when
Veterinary care is not immediately available when
operating in Military or Law Enforcement environments.

The second is a larger Medical Kit for the operator/handler
for use with Wound Treatment, Immobilization and Environmental Management and Personal Protection.

Both pieces of kit meet the highest standards and most demanding needs for every day missions and many of it's pieces are designed to be interchangeable between the Operator and the trusted K9 partner.

What would you like to see included in a K9 Trauma Kit? 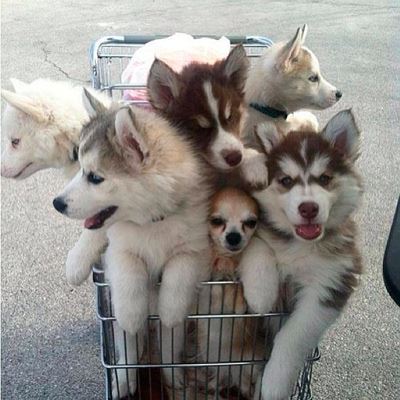 This is one of those photos that just makes you laugh!

Sunday trip to the market?! We'd like treats, toys, and uh...more treats!

Hanging out with Kristi and Dan at the Prescott Arizona Survivalist / Prepper Expo. Thanks again Dan for letting me use some of Copper State Tactical's table space.

Yes...We build Custom Vests. Zorro's vest is one example...go to ForceK9.com and order yours.

Here's a informative chart on animal CPR...One of those emergencies you can train for, but hope you never have to perform.

The guys over at Laymen's Tactical just completed a great review on the new ForceK9 TACVest which some of you got a chance to see at the Arizona Survivalist/Prepper Expo in Prescott last month. Here's the review below...Check it out!

Other Outdoor & Sporting Goods Companies in Phoenix (show all) A small , friendly place to maintain and repair your bicycle. We specialize in fat-tire , coaster brake cruiser bicycles. We ride 'em too. The Glove Box is a multipurpose traveling case and multimedia training tool for baseball/softball players and their equipment. Secondhand Grunt Surplus is a Phoenix, AZ based surplus business. We sell US and foreign military surplus and survival gear. Please like and follow!

It’s our mission to provide only the best gear available from the the best brands in the industry to the best customers anywhere. We will review products and trips as we begin the adventure as backpacking as a family. We are a fa Drop-in Trigger Systems and Performance Parts for the AR Platform Because the market is limited, it is often a trial to find knock offs of high quality. This frustration has lead me to offer other fishermen an on-line store where they can find high quality blanks that mirror some of the most popular brands trending.