Our academy boasts four top 20 nationally ranked players as well as numerous players who are ranked in the top 20 in Southern California with more to come. By emphasizing education, integrity, and a strong work ethic our players will be equipped with the skills needed to succeed not just on the tennis court but in life.

Another great couple of weekends for these kids. Matthew Sah took the singles title at the J.P. Yamasaki 14s. Matthew Mu won the 16s in the Todd Short Memorial. Congrats!

Congrats again to Timmy Sah winner of singles and doubles at the ITF in the Dominican Republic. He went an amazing 20-0 during the last two weeks.

Congrats to Timmy Sah! Winner of singles and doubles in the ITF Puerto Rico tournament. What a first tournament back after nine months off.🏆

Last week of the Academy Summer Training Program. Everyone was working hard before going back to school.

Another great training day at the Academy. Thanks so much to Chris Tontz (USTA Carson coach) for helping these top juniors from San Diego. What a great bunch of kids! 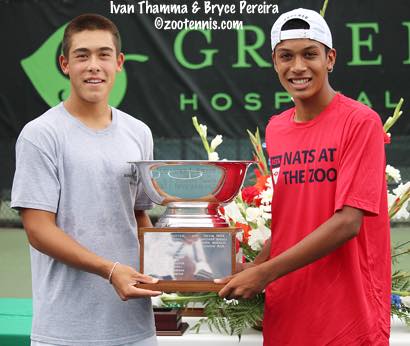 Congratulations Ivan Thamma for winning the 16's doubles at Kalamazoo! You deserve it. You are a great kid.

Congratulations to Derek Wong on being a finalist in Matchpoint Summer Junior Open.

[08/03/15]   Help Wanted!! We are looking for someone to work in the pro shop at the Pacific Beach Tennis Club on weekday evenings and weekend shifts. Contact us via FB ASAP!

Timmy is BACK! Oh yeah!! 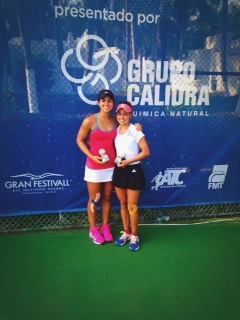 Great job to Timmy and Robert for winning the So Cal Sectional Doubles Championships!

http://straightsets.blogs.nytimes.com/2013/09/06/top-coaches-evaluate-trends-at-junior-tournament/
STEVE ADAMSON AT THE US OPEN AS PART OF THE USTA HIGH PERFORMANCE COACHING PROGRAM

[08/20/13]   Great job to Matt Miller who made the Hot 100 list and front page of the tennis recruiting website! Your hard work paid off this summer!

tennisrecruiting.net Today we announce the August edition of the Prince Hot 100. The Prince Hot 100 features 100 boys and 100 girls who have been playing outstanding tennis. These players have substantially improved their rankings over the past month.

News this summer from the SATA!! Zoe Scandalis won an ITF $10,000 future tournament in doubles in Cancun, Mexico. Timmy Sah had a third place finish in the Southern Cal Sectionals in the Boys 14 & under. Matthew Mu won the USTA Regional Segment in Sacramento, CA winning 6-0,6-1 in the final. Great job to everyone!!

We are so proud of you! Congratulations to Robert Liu and Timmy Sah for winning the Esme Pearson Memorial D14 doubles!

Nice job Greg Garcia for winning the boy's 18 doubles! Way to make the academy proud! Greg pictured on the left

When things get tough on the tennis court just remember this guy.........

news.yahoo.com Surfing big waves in the ocean is a skill that takes a lot of practice, technique, balance, and talent. In fact, even experienced surfers have the occasional wipeout and sustain injuries in their pursuit of the big waves. The combination of skill and danger makes Brazilian surfer Derek Rabelo's stor...

Oliver Welsh won the Rancho Penasquito's Junior Open tournament for boy's U18. Great job Oliver! Another great win at the Balboa Junior Open U18! Really proud of you!

Zoe Scandalis won the doubles $10,000 pro event in New Orleans, LA and got to the quarters in singles. Congratulations! Great job playing in the WTA La Costa 2012 qualifying rounds!