Filipino Martial Arts is a versatile and unique style of martial arts that incorporates many aspects of self defense that include the use of weapons, empty hand techniques, submissions and grappling to name a few. Learn Muay Thai from certified Black Tiger Muay Thai Kru, 6th Khan, Mario Gajo. Certified by World Renowned Muay Champion, Ajarn Vince Soberano of Black Tiger Muay Thai. 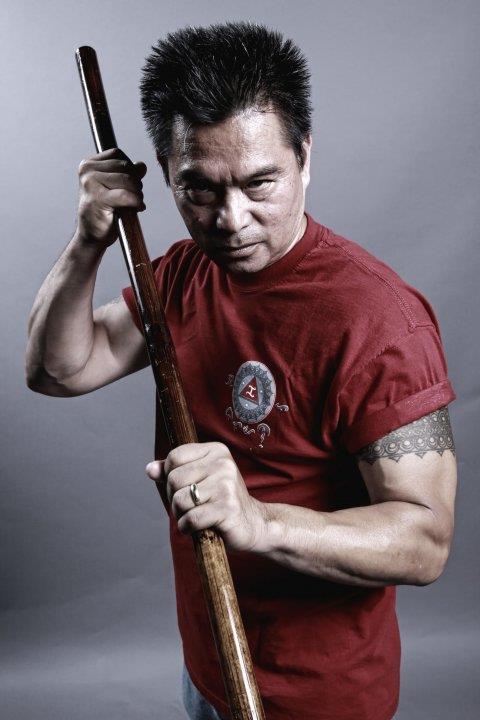 Well now it's time I say Good Morning Martial Artists in this life we following the Martial path HAVE to know there IS NO such thing as a fair fight it's a survival thing so hope u ALL have a Blessed an Great day be back sometime later!!!!
J.D.

Attention: To all martial arts students and instructors please remember to like and share the @tangsoodokarateapparel page.

gk-usa.org HomeSuper typhoon Haiyan flattens many parts of central PhilippinesPhoto Credit: Romeo Renoco / ReutersThe immediate goal is to send 200,000 food packs for the flood relief victims. These food packs which will only cost $5 each will allow typhoon victims the ability to feed their families for 3-4 da...

GM Momoy Canete was well into his 80's when this was filmed in Cebu. He is the founder of his system named San Miguel Eskrima. In memory of his legacy - Mabu...

I met a gentleman today who has made his ministry feeding the homeless in downtown San Diego. Every other Thursday he packs sandwiches, water, cookies or chips loads the bags into his car and heads downtown to feed the homeless on the street. He takes a collapsible wagon given to him by his daughter, walks the streets pulling the wagon behind him. As he is handing out meals he asks if he can say a prayer for those men, women and yes, sometimes children whose bed more often than not is the hard concrete of an alley or sidewalk. At times he may have companions to help him however many evenings he does not complete his evening's mission until 10:30 at night since he is alone. He lends his ear and gives nourishment not only to the body, also to the spirit. Thank you Mr. Paul Lee for being such an inspiration. may God Bless you and keep you. I pray we can gather some of our congregation and/or youth to assist you on this oh so worthy ministry and to remain as committed as you are to any ministry we are called to perform with or without assistance.

Here are clips from the Filipino Martial Arts & Culture Celebration held at We Love Kempo in Sabre Springs on July 21st, 2012. Special thanks to all who part...

welovekempo.com Seminars We Love Kempo is proud to host seminars with world renowned Martial Arts Masters and Grandmasters at our Sabre Springs facility. We work hard to bring you authentic instruction in systems such as Chen Tai Chi, Choy Lai Fut Kun

Filipino Kali isn't just weapons-work. Suntukan, the art of Filipino Boxing, derives it's methods straight from the knife. This video demonstrates the transl...

Is this dagger from the Philippines?

youtube.com Boxeo vs muay thai, who will win?. Pure fight.

Shot in 2 days, the above is a test shoot shot ahead of Mixed Martial Arts (MMA) feature film "Spirit of Fight" in tribute to the 70th Birth Anniversary of o...

worldstarhiphop.com |fight has a weight difference of 431lbs. The most ever in an MMA fight.|

youtube.com Getting ready for his mpl fight

Part 1 of 2 How to use Maori weaponry

Part 1 of 2 How to use Maori weaponry Waka Huia TVNZ 28 Aug 2011 - In this episode of Waka Huia - Māori weaponry are seen through Māori performing arts, war,...

Part 2 of 2 How to use Maori weaponry

Part 2 of 2 How to use Maori weaponry Waka Huia TVNZ 28 Aug 2011 - In this episode of Waka Huia - Māori weaponry are seen through Māori performing arts, war,...

youtube.com I own nothing. Credits to GMA Network for the video.

i'm the psionics btw lol check it out at http://www.freestyleforum.net/index.php?board=31.0

Edited by Gian Autenrieth Multiple camera angle flying the crack. I already know the exit was horrible but the flight made up for it :) cameras by http://www...

Yes the blade is sharp and it will cut you...

This Martial Online Arts Network is open to everyone that wishes to share their love and passion for the martial arts world.

Other Martial Arts Schools in San Diego (show all)

Evolutionary martial arts training for adults and mature teens since 2000.

The mission of the United States Karate Academy is to develop children and adults to be their best through the martial arts by being physically fit, mentally sharp, emotionally stable, and spiritually sound to have productive members of society.

Helping students of all ages learn to be strong on the inside and out since 1984.

Founded in 1978, Pacific Martial Arts is the most prestigious martial arts school in San Diego, California. Our members enjoy training in a positive atmosphere with classes designed to enhance their fitness and well-being. http://www.pmakarate.com

Creating tomorrow's leaders one black belt at a time.