For several years, each of us have supported various programs and events that work to make our homes and lives a better and stronger. In 2011 we came together to combine that passion to make a bigger impact with the hope to inspire others to make a positive difference in their local communities. Since 2011 we have raised funds and collected items to support Big Brothers and Sisters of Thurston and

King Counties, Supported Dan Kinley’s 3 day Walk for a Cure, The Alzheimer’s Foundation, and YWCA’s Passage Point. All with the support and energy from the best fan’s in the world!

It's been awhile since we have posted. A few years ago two soldiers stationed at JBLM recieved tickets for a Seahawks game. They came up early to see if there were any pregame activities. They found themselves walking down Hawk Alley where they were greeted with boos, rightfully so, they had Saint's gear on. We invited them to share drinks and food with us. To our surprise they returned a year later and presented our tailgate with an American flag they flew in a Blackhawk while stationed in Afghanistan. We we're honored beyond belief.

Now the retired commanding pilot, Victor Soler, needs your help. His young son is battling cancer at Saint Judes hospital. His wife and Victor are both on unpaid medical leave to be with their son.

We are hoping the 12's and our tailgate supporters can come through one more time to help this family, even if its a few dollars. Please share!

espn.com Chargers defensive tackle Brandon Mebane intends to play Sunday against the Patriots as he and his family mourn the death of his daughter Makenna, who died Thursday at 7 weeks old.

R.I.P to Joe Cahn, the Commissioner of Tailgating. He spent years traveling the country showcasing the top tailgates and the charity work that they do. Blue Line Express had the opportunity to meet and talk to Joe on several occasions when he visited Seattle and Hawk Alley. Enjoy the ultimate tailgate up in the heavens.

It's not too late to Play. Blue Line Express annual March Madness bracket is free for anyone to play. Winner gets either two tickets to a Mariners or Sounders game. Good Luck!

hawkalley.mayhem.cbssports.com Click on the link to join my group.

espn.com Star Texans rookie quarterback Deshaun Watson tore his ACL in practice Thursday and will miss the rest of the season, a source told ESPN's Adam Schefter. NFL Network first reported that the Texans feared such an injury. Marshawn Lynch agrees to a deal with the Oakland Raiders.

si.com Marshawn Lynch has reportedly agreed to terms with the Oakland Raiders.

[04/12/17]   Congratulations to Julie Watson for the winning the Blue Line Express March Madness Basketball Tourney. She will be receiving two tickets to an upcoming Mariners or Sounders game!

Washington Huskies fire Men's basketball coach Romar after 15 years. I understand why, but it appears the number 3 recruiting class and number 1 HS basketball player Michael Porter will ask for his release from the Huskies.

espn.com Washington has dismissed Lorenzo Romar, multiple sources told ESPN, after his 15th season as coach of the Huskies, who finished 9-22 and 2-16 in the Pac-12.

UPDATE: For some reason we cannot set the league to Public anymore. If you have played before, you can just log in and do your bracket. If you haven't played before and want to, PLEASE MSG us your email address before 9pm tonight and we will send you a direct invite.

It's that time of year again, March Madness! The Blue Line Express Basketball bracket is ready to go! Winner gets EITHER a pair of Mariners Tickets or a pair of Seattle Sounders Tickets. If you live out of the area and win, we can also provide two tickets to a team in your city, I.E. Arizona Diamondbacks, LA Dodgers, etc. We use CBS Sports for our bracket and it's all FREE to play and register. OPEN to ALL! Can two-time winner Karen Erdmann make it three?!!!

It appears that you do not need a password to enter the bracket, but please let us know if you have any issues.

It's that time of year again, March Madness! The Blue Line Express Basketball bracket is ready to go! Winner gets EITHER a pair of Mariners Tickets or a pair of Seattle Sounders Tickets. We use CBS Sports for our bracket and it's all FREE to play and register. OPEN to ALL! Can two-time winner Karen Erdmann make it three?!!!

It appears that you do not need a password to enter the bracket, but please let us know if you have any issues.

In non-political news, if you are a fan of the NFL Draft, today is the college version, National Signing Day. Check out the latest Offensive players to commit to the U of Washington.

If you can't make it to the tailgate today, you can still make a difference.

Mr Paul G. Allen is generously matching all donations to Cocoon House! You can give by texting 91999, at the Cocoon House website or via Hawk Alley Tailgate PayPal.

Mr Paul G. Allen is generously matching all donations to Cocoon House! You can give by texting 91999, at the Cocoon House website or via Hawk Alley Tailgate PayPal.

Please help us spread the word!

We are very disappointed that this happened and would love your help in spreading the word.

If the person or persons who took the safe are out there, we would love to get it back so that we can move on and support those in need. The safe can returned no questions asked and we will be very grateful.

[11/15/16]   This Sunday for the Seahawks vs Eagles Tailgate, the Hawk Alley Tailgate will be hosting the annual Thanksgiving Tailgate. We will be serving turkey (both smoked and deep fried), ham & stuffing. Please feel free to bring your favorite thanksgiving food or dessert.

We look forward to seeing everyone in Hawk Alley!

I don't believe that the elections are rigged, but there is something fishy going with the College Football Playoff Committee.

I don't believe that the elections are rigged, but there is something fishy going with the College Football Playoff Committee.

espn.com Alabama, Clemson and Michigan are the top three teams in the first College Football Playoff rankings with one-loss Texas A&M taking the fourth spot ahead of unbeaten Washington.

Football fan inspired gear for women of all sizes. Owned and operated by wife of former NFL player. We live and play locally & do our best to support the community. Lady12® is a registered brand of Lady 12 Inc. and in no way affiliated with the NFL.

Perfect way to support our sponsor and make a loved one happy this year.

heritagedistilling.com Countdown to the holidays with 24 days of vodkas, gins, and whiskeys!

Once again, 9 years ago tailgating in Hawk Alley at 10am! Look how clean the alley is! Not much has really changed since then...

If you didn't make it today, here is a little of what you missed.

Season Opener Vs. The Miami Dolphins. Our Busiest Event ever. Thanks to WHO is DANE Photography for capturing these great Pics. Please feel free to Tag, download and share all these photos.

Today was amazing! We made a huge difference today! It truly touches my heart what a group of Seattle Seahawks fans can do!

We look forward to seeing everyone in 2 weeks.

The generosity of Seahawks fans joining us at Hawk Alley Tailgate continues to Amaze.

Today you donated $7,189 to the organizations Hawk Alley Tailgate supports - Bens's Fund, Vision House, Justice and Soul Foundation and Passage Point YWCA! Thanks to all the amazing local businesses that help make the tailgate possible!

See you all in two weeks at Hawk Alley! #BeastBus #TailgatingWithAPurpose

Any tailgaters out there looking for a new rig?
http://seattle.craigslist.org/tac/cto/5735589307.html

seattle.craigslist.org 2003 E450 7.3L Diesel Ford tailgate Bus $8,000 What we have here is a perfect Tailgate Bus ready for this upcoming Season. Its currently located in Tacoma, WA. More Pictures to follow this...

If you are looking to help a local family, a friend of Blue Line has recently experienced a stroke at 48 years old. He has been in ICU for more than a week and his family will need our help.

gofundme.com We are part of the Pulse Heart Institute family and we are raising money to help one of our own. Marcy's husband Eron suffered a stroke this weekend and is currently at Harbor View medical center. He has an AVM, less than 1 percent of the population are born with this congentital defect. As o...

espn.go.com The Seahawks' original Legion of Boom secondary is reunited, as cornerback Brandon Browner will sign a one-year deal to return to Seattle, a source told ESPN.

Congratulations to the WNBA's Seattle Storm for selecting Breanna Stewart as the #1 overall pick. Some consider her the best female basketball player EVER. Here is her dunking, sure it's not real fancy, but how many us were actually dunking in high school, male or female!

Check out one of the top GIRLS basketball players in the nation, UCONN Commit 6'3" Breanna Stewart putting down 2 dunks in the 2012 McDonald's All American d...

Thoughts and Prayers to the Baltimore Ravens organization and the Walker Family. 23 year old Cornerback Tray Walker passes away after an accident. Doesn't matter what uniform players wear, we are all part of the NFL family.

espn.go.com Ravens cornerback Tray Walker died Friday, less than 24 hours after a dirt bike accident in Florida left him critically injured. He was 23.

[03/15/16]   MARCH MADNESS REMINDER: Don't forget to play! If you don't, then you can't have the great feeling of when a 12th seed takes out your 5th seed! FREE TO PLAY. Winner gets Two Tickets to an upcoming Seattle Mariners game. Please let me know if you have issues logging in. OPEN TO ALL.
Link: http://hawkalley.mayhem.cbssports.com
Password: Password123 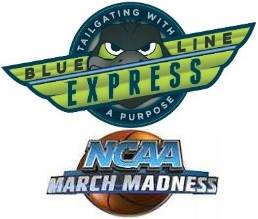 Blue Line Express March Madness Basketball Bracket is Back! Winner gets Two Tickets to an upcoming Seattle Mariners game. Please let me know if you have issues logging in. OPEN TO ALL.

A group of avid sports fans who love and support all Seattle Area Sports: Seahawks, Sounders, Storm, Mariners, and yes, the SEATTLE Super Sonics. You can find us tailgating at every home Seahawks game on football Sundays and at a handful of Sounders and Mariners games as well through spring and summer. We keep an open invitation to all, so look out for our event invites and let us know if you want to come! Thank you again Fletchers Fine Food for supporting us in 2013! Please give them a like to say thank you for supporting their community through the 12th Man! You can also fiind us on Twitter @BlueLineExpress!
Other Sports Venues & Stadiums in Seattle (show all) You can't imagine your life without extreme? You're in the right place whether you're a professional sportsman or do extreme just for fun. To hold an annual soccer tournament that will provide a time of quality soccer, showcasing a variety of talent from many ethnic backgrounds. Home to the Seattle Seahawks and Seattle Sounders FC. T-Mobile Park is the home of the Seattle Mariners, located in Seattle, Washington. Open year-round for tours.