Pedalheads Bike Camps is currently hiring Site Managers, Site Supervisors, and Instructors for the summer to take charge of our multi-sport camps at our Seattle, Shoreline, Bothell, Redmond, Bellevue, and Mercer Island locations!

At Pedalheads® Bike Camps, every child experiences the challenge of learning new skills and the thrill of mastering them. By creating safe, fun and supportive environments, we enable kids to explore their abilities and potential.

We are looking for people with lots of experience with kids, preferably in a camp or sporting environment. This job is great for high school students, those who have or are working towards physical education or recreation degrees/diplomas, and anyone looking to gain valuable work experience all while making a difference.

If you love working with kids, then this is the perfect job for you!

COMMITMENT
Contract position from middle of June to August 31, 2018.

COMPENSATION - Manager
(Salary + Bonus)
Salary: $650.00+/week depending on site size, with eligibility for an $800 - $1,200 bonus at the end of summer.
Mandatory paid training in May, full-time during contract

You can apply online at:
https://www.pedalheads.com/about/join-the-team/Pedalheads 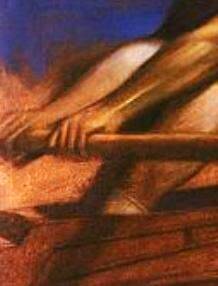 It is with certain sadness that I announce that the University has relieved me of my duties as Head Rowing Coach as of June 30, citing "a new direction." Of subsequent and heavier news is that the University has recently announced the elimination of men's varsity rowing. This is difficult news for sure for many, but it is with many great victories, relationships, championships, growth, and experiences however, that we can all continue to celebrate Falcon rowing.

Many perhaps don't know that when I took the position 26 years ago I was told a month later that they were dropping the entire rowing program. Well five Athletics directors, five University presidents, and over two and half decades later, we not only survived we thrived. Since that time we have accomplished many amazing things with so many great people that I'm proud and humbled to have been affiliated with all of you. Just a few of course are the great champions including seven national championship Falcon crews, and the many other national level medaling crews which include the 2009 NCAA 3rd-place women's V8 and the 2010 NCAA Team Runner Up trophy winners. We've had dozens of regional and coast victories, countless conference wins and medals. We have had an undefeated men's and women's crew, the latter even managing a quadruple championship: the only SPU crew to win the conference, the region, the coast, and the national title at the National Invitational Rowing Championship. Those ladies went on to represent us all the way to the semi-finals at the 2004 Henley Women's Regatta in England as well, falling to Brown & Princeton, their only loss that year.

And achieving all this with almost no institutional funding has been almost miraculous except that so much has been at your generous hand. Literally the hundreds of thousands of donated dollars and so much equipment that has helped keep us safe and sharp and on the cutting edge. Many boats, oars, launches, ergs, and other critical items were purchased on your contributions, and likely eighty to ninety percent of the operations and travel and assistant salaries. My gratitude is without apt expression to all of you who have given so richly during my tenure. But thank you!

Additionally, I am so pleased to have been part of a terrific philanthropic effort by the teams through our car wash campaigns. These have graduated two Guatemalan nurses, as well as a nurse, a teacher, and two doctors from Hope Africa University. Additionally we were able to purchase nearly a herd of goats for beleaguered Egyptians. This was hard work during the demanding Spring Break training and competition schedule, and I am humbled by the student-athletes who did this amazing chore without complaint. You all can honestly say you are "world changers".

Beyond all that, the deep bonds you all formed, and those that I have personally experienced, have been so rich and have blessed me so much I hardly know where to start saying thank you. I think we lost count somewhere around 33 crew marriages, something I did not pursue specifically, but nevertheless have been a real bonus for the institution of marriage and for those excellent families that were started from our crew family. As the alumni continued to stack up over the years, 15 of you I believe went on to become my assistants, and anyone who has done anything like this knows that these leaders really are the backbone of any organization. I cannot express fully how inspirational and critical you all were to our success. Of notable mention were you few who for so little pay - or none - stayed for so long: Wendy Stubenrauch who helped me get started for the first three years; Jessie Pennington, 7 years; Matt Shi, 8 years; Zeke Schellberg, 7 years, you're amazing. Others who deserve honorable mention due to their unbelievably high impact are Josh Adam, Kip Wassink, Holly Allan, and Katy Stine. Two of these honor us all and have gone on to highly successful coaching careers of their own. And there are many more, you know who you are because you remain such good friends for me today.

As important to me as all the aforementioned is, I am glad most of all to have kept our mission prominently out ahead of our great rowing efforts. We have kept Christ centered in our program, have striven to represent Him, and we have endeavored to do the competition thing rather differently than the world does it. I believe God has returned the favor greatly upon us. His ability to take rather common individuals (myself most of all) through struggle and growth in rowing to such great team heights is staggering and has been worth all the work and strife. I'm thankful to all of you but thankful that God has chosen to use me in this capacity for so long. May He continue to bless our efforts through our lives, work, and relationships.

Many thanks and blessings,
Keith Jefferson

At our spring break car wash, not only did we raise money for our Hope Africa University student, but we also were able to purchase 5 goats for families in rural Egypt! THANK YOU to all who supported these efforts.

We Are SPU Crew

vimeo.com Featuring the Seattle Pacific University crew team, this film highlights the Raptor Cup, Blue Heron Regatta, and a series of practices during spring training of…

spufalcons.com SEATTLE (April 4) – Crosstown men's rowing rivals race on Saturday morning when Seattle Pacific and Seattle University men's crews clash in the Raptor Cup. The five-race slate begins at 8 a.m. on the Lake Washington Ship Canal that flows along the north side of the SPU campus.

The MV4 returns from their pre-row in the rain at Eureka, CA. [Blue Heron Regatta 2014]

Many thanks to those who contributed photos. Credit goes to: the Bowden family, AllSidesSports Photography, assistant coach Matt Shi, and captain Anne Philpot.

Many thanks to those who contributed photos. Credit goes to: the Bowden family, AllSidesSports Photography, assistant coach Matt Shi, and captain Anne Philpot.

Follow the link for tons of photos from Blue Heron last weekend! Courtesy of AllSidesSports.

allsidessports.com Photos are in date order. If you have difficulty finding the photos you’re looking for, please shoot the photographer an email at [email protected].

Happy birthday to assistant coach Katy Stine! We truly appreciate all she does.

spufalcons.com EUREKA, Calif. (Mar. 29) -- Seattle Pacific crews won four of the six events they raced on Saturday at the 31st-annual Blue Heron Redwood Sprints regatta on Humboldt Bay. The Falcons fleet was fantastic in the four-oared events, winning the men's varsity competition along with the women's varsity an...

The WV8 rows out to the start line at the 2014 PLU Duel on American Lake. 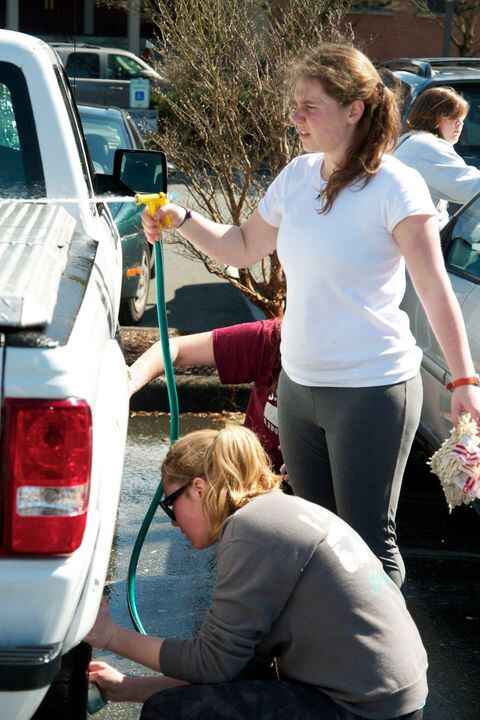 [03/21/14]   Our car wash fundraiser continues today from 11:45-2:00 at the 3rd & Nickerson parking lot (Alumni Center). All of the money goes to sponsor a medical student at Hope Africa University!

On March 15, SPU crew opened its 2014 season with an unofficial regatta at Lake Samish in Bellingham, competing against Western Washington University and University of Puget Sound. The event lasted all morning and included a variety of lineups on the 1k course. Photos by Anne Philpot and Emily Jarvis.

On March 15, SPU crew opened its 2014 season with an unofficial regatta at Lake Samish in Bellingham, competing against Western Washington University and University of Puget Sound. The event lasted all morning and included a variety of lineups on the 1k course. Photos by Anne Philpot and Emily Jarvis.

spufalcons.com SEATTLE (Mar. 13) -- Seattle Pacific's men and women crews take part in the Western Washington Invitational on Lake Samish in Bellingham, Wash. Not an official regatta, the event is termed a "scrimmage" as the races will be over a shorter 1,000-meter course. • VIDEO: Co...

[03/15/14]   First races of the day here at Lake Samish:
Women's V4a won over UPS! The V4b also placed first in their duel against WWU. In round two, both women's boats placed second. The men's V8 raced against UPS and later against WWU coming in second in both races. Go Falcons!!!

[03/11/14]   Can we reach 200 likes by race day? SHARE our page so friends and family can stay informed about upcoming events, photos, and results. Go Falcons!

Every rower can identify with this graph...

With only five training days until the beginning of racing season, our crews practiced a timed 2k on Saturday morning. Photos by Anne Philpot.

With only five training days until the beginning of racing season, our crews practiced a timed 2k on Saturday morning. Photos by Anne Philpot.

Share our page with friends and family so they can receive updates on the team's progress this season! Racing begins March 15 and a complete list of events can be found at: www.spu.edu/depts/crew/schedule.htm

For a list of our upcoming races, visit http://www.spu.edu/depts/crew/schedule.htm

The team just completed ergothon- each athlete rowed 30 miles on the wonderful ergs. If you would like to support us financially, you can contribute online at https://advance.spu.edu/
giving/giftnow/. Remember to specify "other" and type "Crew" into the box so that the funds come to the team. Page to share pictures, news and other information with the Bryant Elementary ultimate familites A community of students who love skiing and having a good time! Check out our instagram @huskyskiteam SAAC REPS: Look at our calendar for upcoming meetings/events