Built from the principal of providing premiere customer service, our standards have separated us from the competition for over thirty years. The Wide World of Golf provides the highest quality of products in the industry, offering all major brands including: TaylorMade, Nike, Callaway, Cobra, Titleist, Mizuno, Adams, Cleveland, and Ping.

We are approaching the 4th Major Championship of the year with the 2012 PGA Championship to be played at Kiawah Island Resort, The Ocean Course. Who do you think will win?

Who do you think will win the Open Championship?

Come in and check out our full selection of Golf Shirts, Shorts, Pants, Belts, and Hats. We have more than just clubs. Zach Johnson is going into the Open Championship with confidence after winning the 2012 John Deere Classic in a 2 hole playoff. Congrats!

Congratulations to Ted Potter, Jr. for becoming the sixth 1st time winner this year on the PGA Tour. He won on the 3rd extra hole sinking a 4 foot birdie put to capture the 2012 Greenbrier Classic. 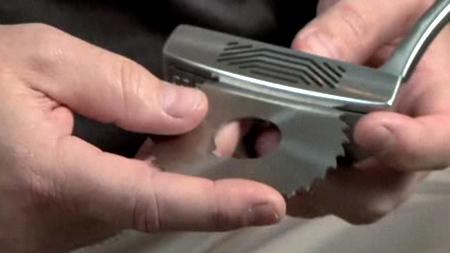 Why is the Nike Method putter so effective? Here is a quick video talking about the technology behind the putter that has helped Tiger Woods win 3 tournaments in 2012!

Congratulations to Tiger Woods for his 3rd win of the season as he won the 2012 AT&T National, at the Congressional Country Club! He also moved to #2 in all time wins!

Congratulations to Marc Leishman on his first PGA victory at the 2012 Travelers Championship!

Titleist Clubs have won the past two PGA Tournaments. Come in and hit the Titleist AP1 and AP2 irons.

Congratulations to Webb Simpson for winning the 2012 U.S. Open.

TW'13: Behind the Design

Here is some behind the scenes footage of the technology behind the new Nike TW 13 Shoes. Come try them on today.

TW'13: Behind the Design Tiger Woods and Nike Innovation Director, Tobie Hatfield, go behind the design of the TW'13 Footwear- bringing FREE-Inspired technology to the golf course. 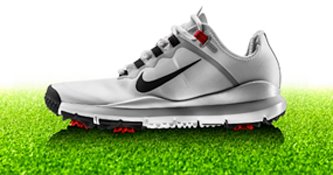 We have the new Nike TW 13 in stock. Come try them on today!
In both White/Varsity Red and Black/Stealth Red

Looking for a new set of clubs? Let one of our Certified Fitting Professionals analyze your swing and set you up with the clubs made for you.

Other Outdoor & Sporting Goods Companies in Spokane (show all)

Dave operates Camp Specialties as a sole proprietor online business that sells camping furniture and related merchandise from Camp Time® Inc. Dave is also the CEO of Camp Time® which has been manufacturing camping products since 1980 in the USA!

A monthly survival themed subscription box that will make you want to Get Out! Quality gear, skills training, videos, literature and more, delivered to you

We are a Footbag "Hacky Sack" Company From Santa fe, nm. We strive for durable and creative designed footbags. Shredd on!

Go Deeper into the Backcountry with Topo Maps+.

Join us this October the 28th for an epic Ski Film Premier to help raise money for our local avalanche center. IPAC!!. Purchase your ticket at the link below!! https://www.eventbrite.com/e/ski-film-premier-for-ipac-tickets-183785034987

Spokane Athletic Supply is the Northwest’s premier team dealer. It has been family owned and operated since 1938. We specialize in providing unique, high quality athletic uniforms, equipment, logo’d apparel, promotional products, and much, much more.

Our main products include hunting, fishing and camping gear and outdoor apparel.