Our Residential Golf Lessons are for beginners,Intermediate & advanced .Our professionals teach all our Tuition courses in a incredibly easy way to learn

Seriously committed to learning or improving your golf but want a relaxed, informal and pleasant place in which to do it? Then look no further. The Residential Golf School at Wokefield Park & Resort in beautiful Reading is the ideal place for you. Our Residential Golf Lessons are perfectly structured, you will receive world cla

ss golf tuition from our very own team of PGA professionals. The team is headed by the internationally renowned European tour player Adam Glass and his Academy. With a maximum group size of four pupils per class, you are assured of plenty of personal attention. The Devere Wokefield Park in Reading has ideal all-weather practice facilities for your Residential Golf School which includes the latest video analysis technology and a covered driving range. The short game area consists of several different greens including a chip & run, bunkers, plus a 60 metre chipping area. This means that our practice facilities are open 365 days a year. Our specially designed golf tuition courses offer the potential for improvement in as little as a day. The 2 -3 or 5 day residential golf instruction programme gives you time to learn, practice and play under the direct supervision of your PGA professional. This beatiful golf course is an 18-hole par 72. From your first drive down the wonderful fairways, you’ll discover playing here offers a rather unique golfing experience. At 7000 yards, the The golf course is deceptively long. It’s also been designed to include three par five and five par three holes. As a golf school student green fees are included as part of your Residential Golf Lessons package 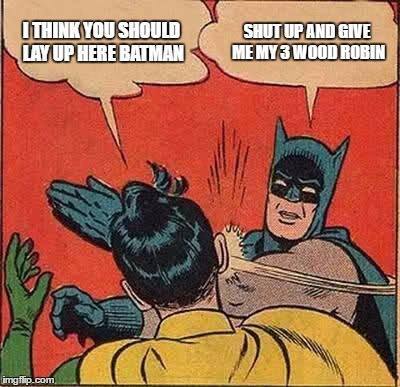 The Open Championship, often referred to as The Open, is the oldest of the four major championships in professional golf. Held in the United Kingdom, it is administered by The R&A and is the only major outside the United States. The Open is currently the third major of the year, between the U.S. Open and the PGA Championship, and is played in mid-July. 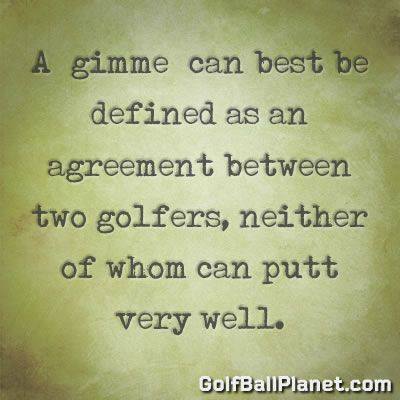 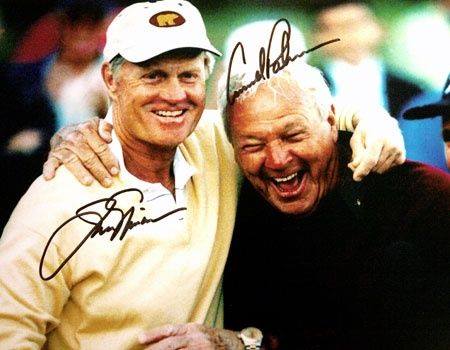 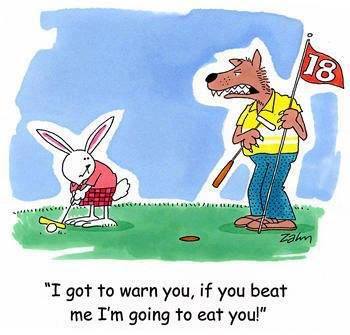 If in doubt ask yourself what would Seve do? I brought the T shirt 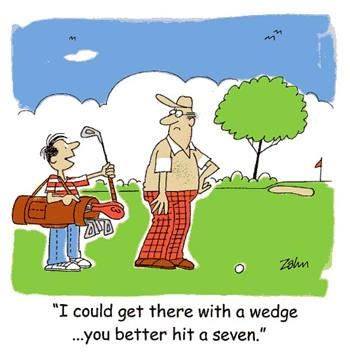 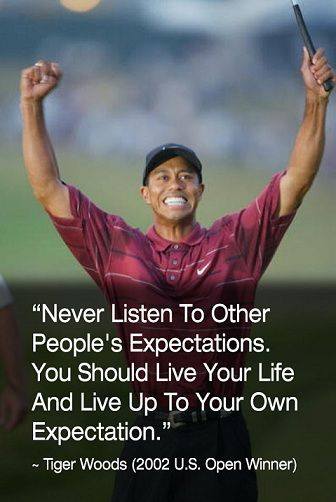 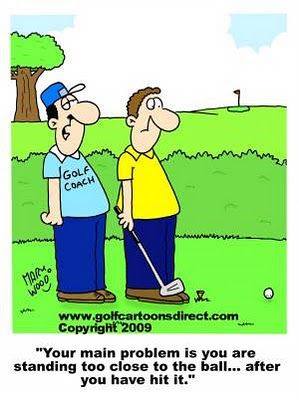 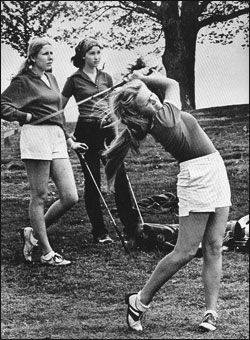 Would your golf club let ladies play golf with this length of shorts ? 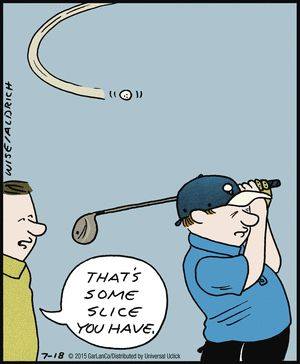 The greatness of a man is not in how much wealth he acquires, but in his integrity and his ability to affect those around him positively.

Elite Junior Golf Lessons
Sales & Marketing Director at Golf School GB
Elite athletes already have good technique, and group coaching at a high level (County, Regional, and National) should be aimed to give the student further advanced coaching that isn't available from their own coach.

Ideally there should be communication between the students own coach and the Elite coaches so the most is gained from the group coaching sessions. Also this communication should stop conflicting advice leading to confusion and deterioration of the student’s ability.

The student’s goals they have set themselves should be regularly checked and reset if necessary. They should also be given role models to follow that can encourage them to practice more to improve. Their mental state is very important too, their golf maybe affected by many outside factors.

A golf swing is a very complex movement that needs the student to be in a good physical state to achieve this technical process. This can be done by a series of tests which the player takes, the results are then recorded and an exercise programme to rectify the problems is given to the pupil. A lack of mobility in a players body can and will significantly restrict a player’s movement in the golf swing. This test should be performed regularly to give the student the results of their exercises and a record of improvements.

Eating the right food will help the student practice longer without feeling tired and play better for longer on the course. Most junk food will give an instant energy release but golf is a long game and a player needs to keep their energy level and alertness for upwards of 5 hours. Slow release energy foods are required. Dehydration is another issue on the course and a player must take plenty of liquid onto the course. Every top golfer has a diet plan developed for them that they follow religiously.

Being in control of your thoughts while playing golf is essential, this part of the game is very important. Playing one shot at a time, not thinking about past events or the oncoming holes or result of the match is critical for a player when in competition. Through good pre shot routines that can be practiced on the course or on the range it is very possible to eliminate all unnecessary and negative thoughts when swinging. Mind coaches have become ever more popular as Professionals attribute wins to their mind/mental coach.

Very good players generally have their own swing teacher and understanding how they are being coached is essential. This helps avoiding contradicting advice that will confuse the pupil. There should be communication between the players coach and elite coach so there is a smooth transition between the two.

This is the newest as most advanced coaching, where the player is connected to motion sensors that show the movement on a 3D monitor, and record the data. This data can then be analysed, compared to video of the students swing and a full evaluation of the player’s technique can be acquired. This is time consuming and the data gathering can take as much as 30-45 minutes. The analysis of the information should not be rushed either as there is a lot of data to look at.

This combined with the physical attributes of the student gives the coach all the information needed to improve the player.

When using these tools to help the students, it is very important that there is communication between the coaches so the student is channelled in the correct direction. It cannot be left up to the student to transport the information from one area to another.

The student must be given information to take away with him so that he can put it into practice. This I believe is the most important part as 90% of the work is done when the student is not with his coach.

At a recent Elite training session, I saw 16 pupils spend 7 hours being coached. They were split up into two groups, so that they could swop them over after half the day. The areas being coached were Biomechanical, skills testing and goal setting. The other half of the day was a Physical competency test.

This is a lot of coaching to be doing with 8 students in such a short space of time. There was not enough time and the biomechanical, skills testing and goal setting was very rushed.

Normal Biomechanics lessons are one hour and in the rush the coaches were looking at the data and coaching the pupils at the same time. This presented the pupils with what seemed like too much information that they didn’t need to hear, and then became confused. There was also no communication between the biomechanics coaches and the physical coach, which there really should have been. The students were asked to “make sure they told the physical coach” when they saw him later. Although some didn’t see the coaches in that order and weren’t able to get the direction to help them this way. This was a very poor sequence and did not make full use of the coaches there.

The skills test was a very good way to get the pupils to try different shots while being on the range (draw, fade, high and low etc). This could have been run by an organiser and didn’t need a specific coach. The goal setting went well as it was the start of the season and having these is a great motivator for practice in the upcoming months. I hope there is another session planned so the goals can be revised, to make best use of the upcoming time for the student.

The Physical Competency Test was very good and in-depth. The coach had more time with each pupil though. At the end of the tests each pupil had the results of their tests and exercises to help them. The instructor also gave his cards out to the students to encourage them to communicate with him in the coming weeks/months. This was great but he was the only instructor to do so.

Overall, the day was ok. Too much was tried to achieve in too small a time scale. The coaches are paid by their time, why not have separate sessions, the cost of the coaches will be the same but the students will have a huge amount more time to understand the instruction.

This must be a better use of resources. 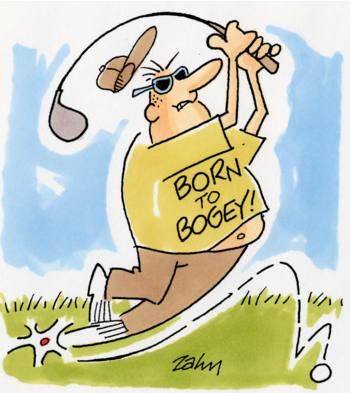 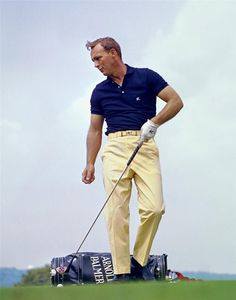 Reading Amateur Regatta 1842 - one of the UK's premier head-to-head regattas. Side-by-side racing on the River Thames since 1842. Traditional yet friendly. We are small family run business that operates out of Lower Earley in Reading. We provide tennis ball machines to Reading and the surrounding areas. The Royal Berkshire Conference Centre, based in the impressive Madejski Stadium complex provides the perfect unusual backdrop to any conference or event. Table Tennis Club in Woodley, to the East of Reading, off Woodlands Avenue and adjacent to Goals Soccer Centre.

Bulmershe Leisure Centre is a multi-purpose leisure facility situated in the heart of Woodley, East Reading. We are a council run facility serving a town of 26,000 residents as well as attracting customers from surrounding areas.