We are the inventor and the only place that markets the Partizan MKIV Berdan primer to Boxer primer conversion system.

Ok the damn hackers took down part of the website again. Our sales portal was hacked last week and we are trying to restore the files. If you would like to place an order just hit me up on here and I can get it to you.

OK we are back up and running. We had a lot of problems with the Chinese that had hacked our website and its finally all fixed. We were wondering why we were not seeing our orders or sporadic on the e mails. Seems that there is a shortage of ammo again....

OK the web portal is finally back up and running right!! We are very sorry for our delays on our orders.....

Our webstore is experiencing some difficulties and will delay some orders going out. Please be patient with me as I sort this out.

We now have our system in our Deluxe kit which can do pretty much any berdan primed case as long as the case has a taper to it.... We tried to get one to work with the Nagant Revolver but since it is a straight case we could get a few done but not to the high quality of the other casings.

some update info. I will be trying to get caught up on all orders. i have been layed up for the past few weeks after being sandwiched between two cars on my motorcycle. i am a one man operation so bare with me on this please

Breaking news!! Due to overwhelming demand that we make a system for doing the 5.56 Nato / .223 Berdan primed cartridges. We are looking at about another week before they are ready to go into our production....... We are looking at about a 2 week lead time on them. We will be offering a pre order introductory price on this unit. Leave a message on here if you are interested in getting one of the first units at a discount.

Today our first orders of the Partizan Mk V Polymer units go out!! It has been a long build up for it!! Time for all the Ads to start kicking in and getting some units out there.

Ok Guys .....you know I have been working on the next step in the Russian Reloads Berdan to Boxer primer system.......so today I debut it first from around the world.......right here on this post. I listened to everybody and got input from many customers and potential customers and I listened. I did some engineering on the new design and it is all made from a tough nylon polymer. it has hardened steel inserts and it is now available in many more calibers...... many will fit multiple calibers. Basically there are only 4 sizes now..... I can convert cartridges from the 5.45 x39 to the largest cases I have seen the berdan primers in the 7.5 x55 Swiss. So every cartridge between those two can now be converted!! I will be offering the first 25 units that are my first production order at a discounted price......I now have these units coming in at $ 97.95 for the units in the regular price but the first ones are going to be offered at that price of $77.95.. Talk about a major price reduction right? The first units will ship out at the first of November so pre order yours now.... only 25 available at this price!! I introduce to you.......... The "Partizan Mk V" !! from www.russianreloads.com

Some thing new and awesome is coming this week!! News to be announced!! Stay tuned.

So yea this is exactly why I invented this product!! https://www.youtube.com/watch?t=152&v=hwXflY-UmNA 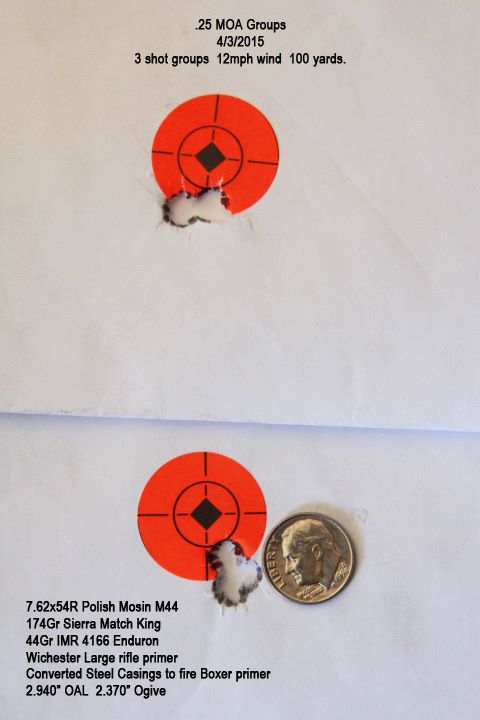 Ok new shot....I adjusted the seating depth slightly and actually went with a new powder with this one. It is supposed to be equivalent to Varget but it actually shrunk my groups it is IMR 4166 Enduron. Brand new powder and I highly recommend it! the gun is now shooting a .25 group out of steel casings!! So that myth that brass is more accurate is kind of out the door on this argument.

OK now an update.....yea the other group was good but after playing with seating depths look at this group now.. a little time with the seating depths can really shrink your groups huge. 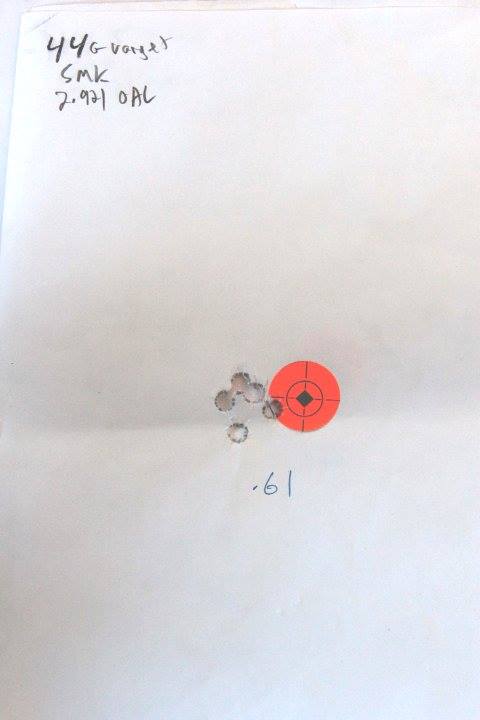 People ask us if shooting reloaded steel cartridges are accurate......you be the judge on this grouping. A 5 shot group with Sierra Match Kings in .311 under 44 grains of Varget with Wi******er Large rifle primers It came out to .61 moa. This was on a windy day as well with steady 15mph winds with gusts up to 30mph. 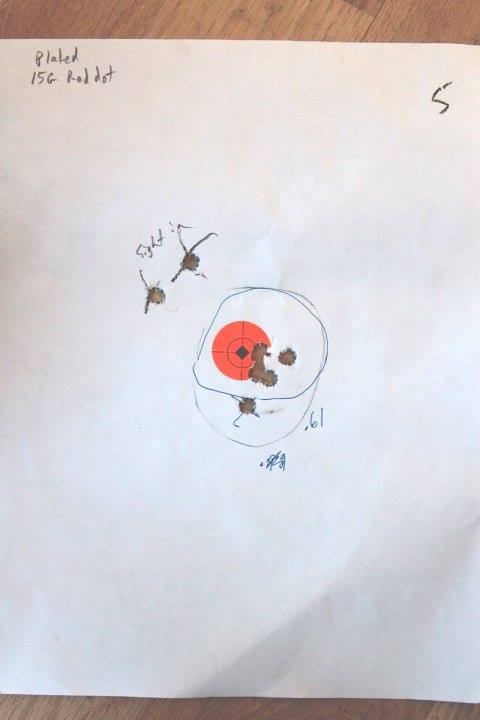 OK did some range tests with some of the bullets we offer and had some great results. One of the surprising ones was the 123gr. .310 flat nosed copper plated bullet. I shot a .61 moa group with them with 15 grains of Red Dot under it! here is a picture. disregard the few with the x on them those were used to get it on paper properly then followed up with 4 shots and you can see for yourself that these are great for reduced loads.

This is what the tool removes and converts it into....every time.

Like a bunch of little soldiers all waiting for their turn in the firing chamber..... reloaded 7.62 x 39 waiting to be fed through my AK

all finished and ready to fire some 217 grain lead cast bullets..

Our POW series..... 20.00 dollars from each one sold goes to various veterans groups.... They are Black anodized and we have them in all of our cartridges.

All converted and cleaned and polished ready to be loaded up.....it feels nice to be independant of the hunt for new brass all the time. With millions of these laying around that isnt even an issue to those that have bought our system and are now converting hundreds of them at a time.

Big News......we are now almost ready to release a conversion system for the 8mm Ma**er cartridge.. We have been getting many requests for it and so I listen to my customers. Hit me up if you want more info on it or want to be placed on a list to buy one of the first units.

I received this e mail from someone that heard about us on the Alex Jones show today. This is the kind of stuff I enjoy hearing for coming up with a solution to not having re-loadable casings. Now the world has a solution to the same problem.

Greetings,
Heard you on the Alex Jones Show. I don't live in the US anymore having gotten out some five years ago. I now live in Chile and am glad I moved out. But I listened to what you had to say and your ingenious solution to the ammo shortage problem and it made me smile to know that there are guys like you out there. Keep up the good work. If America ever has a rebirth it will guys like you who will be the midwives.

PS : Alex could have given you a little more air time to promote your wonderful product. He cut you pretty short there at the end. I barely caught your webpage name.

Alex Jones' Infowars.com - Because there is a war on for your mind.

We were just on the www.infowars.com show.... I was the first caller today about the 2nd Amendment.... Great plug for the company!!

Alex Jones' Infowars.com - Because there is a war on for your mind. Infowars is your source for news and information at the forefront of liberty. With a team of talented journalists, reporters, video producers and researchers, Infowars brings you an enormous amount of hard-hitting content, from the Alex Jones Show syndicated on over 160 radio stations across the U.S…

Due to the volume of new inquiries we have been getting since the new ammo ban talks going on we have been selling out of our .224 bullets as well as a few of our molds have been on back order but we are getting in new supplies at the first of the week. Please hold in there and more are coming!

For those that have not see how this is done please check out our step by step video. http://youtu.be/Ljdzo1HdNfE

We finally got around to opening up our facebook account for our website. We will be posting many upcoming things and modifications and all around good things for those with the love of fi****ms

Scuba 8 has been around since 2012 and we are a full service scuba center. We have a store now open in Albuquerque with a satellite in Rio Rancho as well. We provide high quality, safe scuba training and personalized service to meet your scuba needs.

We are primarily climbers, but at our core we are lovers of fitness and the outdoors. We crave the freedom that comes from being and playing in nature.

A local website for the free exchange of fi****ms and other fi****ms related items. http://www.JasonsGuns.com/

Fleet Feet Sports Albuquerque is dedicated to ensuring that runners and walkers of all abilities are fit with the proper footwear to meet their needs.