Pilates is a great form of exercise for any body. I love working with Athletes to achieve specific goals. Specializing in Golfers and Equestrians.

Mental Focus, balance, stability strength combined with flexibility are our main focus in Pilates. And that is why it compliments Golf and Equestrian sports so well. Specific movements target different groupings of muscles to allow for optimal strength and power during movement and at the critical time for your activity. We strive to improve the lives of every person we touch! Come in for a free class! 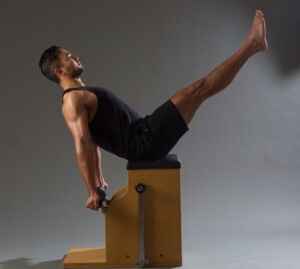 Pilates – not just for the girls

Men usually have a little more resistance to trying for the first time. But once they are in, they are hooked!

flexhk.com Pilates is great for guys, too. Getting more flexibility in the upper back and shoulders is one key to a great swing!
Mental Focus, Flexibility combined with strength, Stability and balance are all the things you will work on in class to help you achieve it on the course.
Strengthen your powerhouse ( the core) and improve your swing!
Weekly tips here on Facebook.
You can also attend our Clinic or come to a class!

California Chrome, which won both the Kentucky Derby and the Preakness Stakes while wearing nasal strips, may be held out of the Belmont Stakes if the New York Racing Association does not allow the horse to wear the strip. New York Times:

The trainer Art Sherman raised that possibility Sunday morning, saying the co-owner Perry Martin might decide to hold California Chrome out of the Belmont Stakes if the c**t is not allowed to wear a nasal strip for the third leg of the Triple Crown.

California Chrome has won six straight since Martin suggested to Sherman that he try the strip on the c**t. It looks like a giant Band-Aid and is intended to enhance breathing
The rule in New York is that horses — and jockeys — cannot wear anything which isn’t approved by the stewards. That includes the nasal strips, which is said to improve the horse’s breathing. It’s unknown whether New York will allow it, and a decision would not be made until Chrome’s trainers make a formal request.

Could a chance for the first Triple Crown winner since 1978 (Affirmed) be denied because of nasal strips?

Thoughts? Should California Chrome be allowed to wear a nasal strip for the Belmont?

Watching in HQ = good karma! McLain Ward and Vancouver take top honors in Friday night's Puissance class. Honestly, I was cheering for Darragh Kenny of Ireland and the terrific Gael Force. I was also hoping that the Sweet N Low's 1983 record of 7'7 1/2" would be broken, but no such luck. ...

One on One classes. Group Classes. And Weekend seminars.
Other Yoga & Pilates in Ashburn (show all)

Jiva DC is where you can find balance, harmony, and energy renewal amidst the hectic bustle of everyday pressures and deadlines. YogaSix is a modern approach to yoga. We believe in making yoga accessible to everyone. Visit us for classes that are energizing, empowering and FUN! Welcome to Easy Day Yoga!! Located at Goose Creek Village of Ashburn, EDY is where you can immerse yourself in the ancient practice of Yoga/Meditation Pilates Home Studio offers beginner to advanced clients expertise in biomechanics from a physical therapist from fitness to functional rehabilitation.