Angelo Moca "Back in the Game"
Streamwood 60107

At the request of athlete, it may be possible for us to come in earlier than stated above. 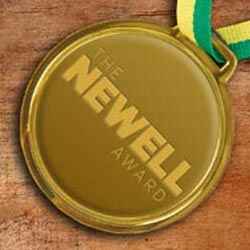 Join us in supporting one of our very own who has the chance to win a national award!

Our athletic trainer, Greg Garofalo, has been nominated by Barrington Orthopedic Specialists for The Newell National Athletic Trainer of the Year Award! Show your support here:

The Newell Award The Newell National Athletic Trainer of the Year Award recognizes athletic trainers for the service and leadership they provide local athletic communities.

Concussions are very serious injuries and should not be taken lightly. Not all concussions lead to CTE or long term symptoms, but recent studies show that it is more of the sub-concussive blows that are the problem. Regardless, when in doubt get it checked out!

The Concussion Diaries: One High School Football Player’s Secret Struggle with CTE Zac Easter knew what was happening. That CTE could attack more than just NFL pros. So he decided to write it all down—to let the world know what football had done to his body and his brain. And then he shot himself.

Here is your chance to grab HEHS Sports Medicine apparel! Show your support for the team that helps to keep all of our athletes healthy and on the field/court!

Vote for our school!! As part of National Athletic Training Month, a month dedicated to the promotion, awareness, and appreciation of the athletic training profession, Athletico holds a photo contest for the most create photo involving the athletes we work with. Please vote for Hoffman by clicking on the picture and liking!! Go HAWKS! 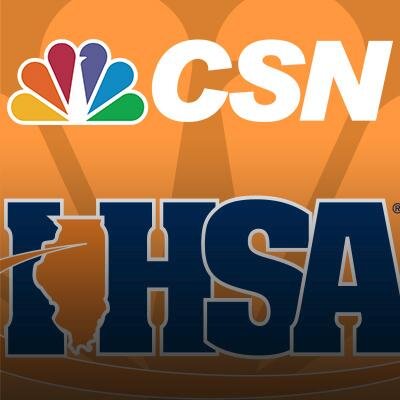 Vote for your HAWKS!!

Hawks Beat Conant!!! Amazing job, so proud of our seniors!!

The Right Response to Youth Concussions

Awareness and Education are the best way to protect athletes!

The Right Response to Youth Concussions Proper diagnosis and time are essential to recovery when young athletes are injured by blows to the head.

Who we are and what we do

Athletic Training: Why I Love My Job

We would definitely say this is true! We love our Hoffman family!!

This is AWESOME! Way to go David Csillan and all AT's who are promoting the profession during the Today Show!

March is National Athletic Training Month! Do you know if your athlete has access to an athletic trainer? Do you know their credentials? They are important to the health and safety of your athlete! 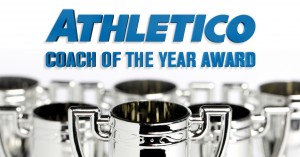 Athletico is the only company in Illinois to offer BNA, a brain mapping tool used to assist in knowing when athletes may return to play safely after a concussion. Check it out!

Chicago company using concussion technology to map brain Concussions among athletes has been a topic of concern for years. Now a company in Chicago is using cutting edge technology to take a deeper look into the brain's activity. Mike Palm from Athletico...

Check out our ALS ice bucket challenge!! We were nominated by Mr. Bullon, Mr. Carroll, and the HEHS Girls Volleyball team. We are donating all the money we make from our gatorade fundraising tomorrow to an ALS foundation. We now nominate the Barrington Orthopedic Specialists Rehab Department, Athletico Physical Therapy's Mike Schroeder, and Hoffman Coach, Ms. S! You have 24 hrs. to take the challenge and donate to ALS!! 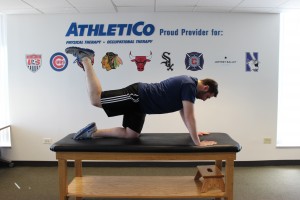 For all those athletes that are quad dominant. Great exercises!

3 Solutions for Quad Dominance: A Known Injury Risk Factor - Athletico One factor that athletic trainers and physical therapists look at when assessing knee injury risk is the reliance someone has between 3 groups of muscles -

For a short while we will have an online order form for anyone who is interested in getting some HEHS Sports Medicine gear!!

What you may not know about Athletic Trainers.

Athletic Trainers: Beyond Tape and Ice - Athletico For many, the term 'athletic trainer' brings about the image of a polo and khakis clad person standing on the sidelines taping ankles, stretching players, 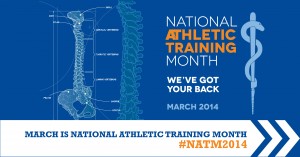 Athletico Physical Therapy and the National Athletic Trainers’ Association want you to know that “We Sore Back? You and Most Americans Could Benefit from an Athletic Trainer Back pain is a common problem that affects millions. In fact, eight out of ten pe

Look who made an appearance at our Corporate office yesterday! Thanks to Athletico’s Jeff Thomas, Assistant Athletic Trainer with the Chicago Blackhawks, for dropping by with Lord Stanley!

Back To School: Backpack Safety

Back To School: Backpack Safety Physical Therapist Amy Malone from shows you how to wear a backpack the right way to avoid hurting your back.

An In Depth Look with…Katie Heckenbach, MA, ATC « Board of Certification, Inc.

An In Depth Look with…Katie Heckenbach, MA, ATC « Board of Certification, Inc. I work at the United States Military Academy at West Point with Competitive Club Sports. I work with college students who are also learning to be officers in the United States Army, while receiving a college education. What makes West Point unique for an Athletic Trainer (AT) is that every cadet (...

Athletic trainers practice treating spinal injuries High school football practice is in full swing, but players are not the only ones practicing for the new season.

High school athletes: Early detection, appropriate rest key to treating overuse injuries At the beginning of every school year, Colts Neck athletic trainer Eric Nussbaum sees an influx of freshman athletes whose bodies get shocked by the amount of conditioning and training they've endured while preparing for the fall sports season.

Other Sports & Fitness Instruction in Hoffman Estates (show all)

The Club at Prairie Stone offers The Ultimate Fitness Experience.

Pure Barre is a low impact, high intensity total body workout that focusses on isometric movements to lift, tone and burn your muscles. Muscle groups are worked to fatigue with an emphasis on the core. Ballet barre is used for balance and stretching.

Orangetheory Fitness is the leading high intensity training gym. Our innovative workouts make us a health studio that you will see results at.

HD Fitness is known, in part, for our challenging workouts! We combine speed, strength, endurance, and agility in every workout. Train solo, or in groups!

Welcome and thank you for visiting Tiger Koo’s Martial Arts. We hope that every journey you choose to take begins with the first step.