“To empower the MMA community by rebuilding and strengthening ProElite to earn the respect of fighters and fans alike, while ensuring thrilling live events that showcase the world’s leading fighters.”

hawksopinion.com Hawks sets down with the beautiful Shannon Ihrke. Shannon has recenly been featured on Maxim Magazine, as a Hawks Hottie, and is now a full time ring girl with Pro Elite.

We still have a few Proelite posters to give away.Go to our FAN PAGE http://facebook.com/proelitemma & write on the post "i want one" to enter!!

Enter the ProElite Cage with a Virtual Reality Tour! Check it out!

Two of our gorgeous Pro Elite-Mma Ring Girls in the top twelve! Sexy Jennifer Swift in at number 8 and Sassy Shannon Ihrke in at number 5! Way to go ladies :)

ProElite would like to congratulate Sara McMann on her climb up ladder of the world rankings going from #9 to now #5! So far perfect in her MMA career, the Olympic wrestling silver medalist remained unbeaten following her dominating victory over then ranked #5 Hitomi “Girlfight Monster” Akano on January 21 at ProElite presents: Da Spyder vs Minowaman.... 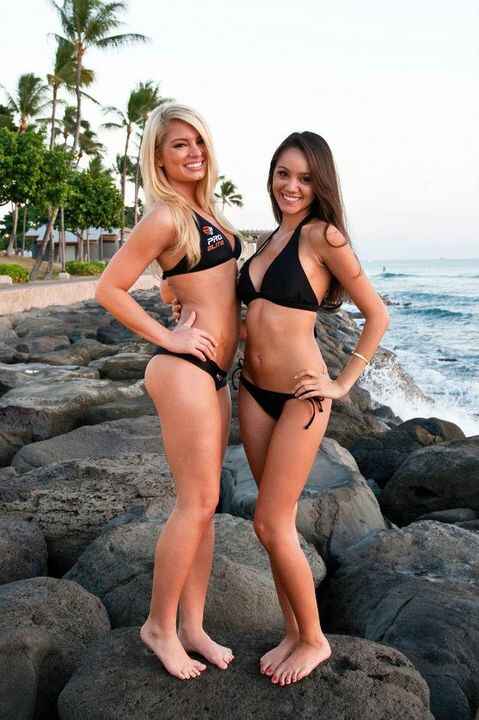 [01/25/12]   Ok, we have picked a winner in our fighter U pick em contest and that is Shawn Paul Diede-Chacon! He was randomly picked out of the 5 that picked 4 out of 5 of the fights correct. No one correctly picked all 5! Thank you all for playing!

Cynthia was on site during ProElite last week and on her own put together this amazing look behind the scenes of our event. Thank you for sharing your talent with us, Cynthia! You can find here on facebook: http://www.facebook.com/profile.php?id=1129530121

Fight Three in the Ring

Sara McMann: “Every Person at 135 Will Have a Hard Time Defending My Takedown”

Sara McMann talks her dominant win over top ranked fighter Hitomi Akano. All 3 judges scored the bout in McMann’s favor, as the 2004 Olympic silver medalist controlled the standup and ground game. Sara also gives her thoughts on how she matches up against other top ranked 135ers.

Richard Odoms talks his win over the fiery Jake Heun, his gameplan for the fight, and spending time with his family in Hawaii.

Ryan Martinez will meet Richard Odoms in a the finals of the Heavyweight Grand Prix. Using a steady stream of leg and body kicks, Martinez won every round on all three judges score cards.

Brent Schermerhorn open the broadcast with a stunning knock out of Kaleo Gambill 45 seconds into the first round. Schermerhorn discusses the fight and his plans for the future.

Kendall Grove answers questions from the press about his dominant win over the legendary Ikuhisa Minowa. The Maui native picks up his second ProElite win over a hometown crowd.

ProElite (PK:PELE) held another successful event in the beautiful state of Hawaii as Kendall “Da Spyder” Grove (14-9) dominated all three rounds in his main event tilt with Japanese MMA legend Ikuhisa “Minowaman” Minowa (51-33-8). With effective stand up and picture perfect back control, Grove took the score 30-27 on all three judges’ score cards....

In a completely one sided performance, Pat Cummins improves to 2-0 with an impressive arm triangle submission of of Tasi Edwards in the first round. The two-time NCAA All-American wrestler overwhelmed Edwards with a barrage of strikes and submission attempts.

Tatsuya Mizuno: “What I Fight For Are The Cheers From The Fans”

Tatsuya Mizuno talks his ProElite debut, submitting local favorite Ilima Maiava via arm triangle choke in the second round. The Dream veteran explains his game plan and gives his thoughts on the recent fighter exchange deal between ProElite and Dream.

Hey fight fans! Wanna win better seats here tonight? Go to facebook.com/proelitemma from your smart phone & put your current seats on the contest post. If we pick you we’ll have one of the ring girls come to your seats as the main event starts and move you!

I Apologize for typos and miss auto corrects, this reply is Sent from my iPhone

All main card fighters made weight for ProElite: Da Spyder vs Minowaman live on HDnet tomorrow night at 10pm ET! Kendall Grove, Ikuhisa Minowa, Sara McMann, Hitomi Akano, the 4 semifinalists of the Heavyweight Grand Prix, and the rest of the card weighed in and squared off in front of press and fans in Honolulu.

All main card fighters made weight for ProElite: Da Spyder vs Minowaman live on HDnet tomorrow night at 10pm ET! Kendall Grove, Ikuhisa Minowa, Sara McMann, Hitomi Akano, the 4 semifinalists of the Heavyweight Grand Prix, and the rest of the card weighed in and squared off in front of press and fans in Honolulu.

Our next poster contest is for those of you who made it to weigh ins!!

Post a photo on your profile that you took at the weigh ins today. Tag us in it, and we will be picking a winner at random. Hey, you never know, we may even give away some other prizes while we’re at it!!!

I Apologize for typos and miss auto corrects, this reply is Sent from my iPhone

Want one? Go to our facebook fan page or personal page, and tell us you want one on the comments. Then share the post on your wall. We will pick a winner randomly after the weekend is over just for doing it! Sooooooo easy!!

Want one? Go to our facebook fan page or personal page, and tell us you want one on the comments. Then share the post on your wall. We will pick a winner randomly after the weekend is over just for doing it! Sooooooo easy!!

As picked by you, the fans!!!
We have Cayla Shae with 303 votes and Tia Spence with 177!! You will see them side by side with Shannon Ihrke on Saturday night!! Thank you to the rest of the girls for participating and to all of the fans for their votes!!!

Look what @kendallgrovemma is signing!

You know you wanna win one!! More contests later today!

The fighters met with the media and fans in the final press conference before Saturday night’s show which will air live on HDnet 10pm ET. Main event fighters Kendall “Da Spyder” Grove and Ikuhisa “Minowaman” Minowa squared off for the first time. Also in attendance was the Olympic silver medalist in wrestling and number 9 world ranked fighter Sara McMann and her opponent, the number 5 ranked woman in the world... 10x Pro, Elite & Colligate National Champion. The peoples champ is here to giveback to the sport that gave him so much. Like the page & follow the journey. We are Los Angeles’ best children’s gymnastics center fostering an environment to help kids grow, develop, and have FUN. Golf instructor based out of MountainGate Country Club in Los Angeles

We are a 24 hour access gym for keycard holding members. We are the alternative to impersonal, corporate style gyms, and superior personal training.

Helping you reach your goals with personal training, nutrition classes, and group workouts. Fitness by the sea is a kids summer day camp for ages 4-14 with locations in Santa Monica and Pacific Palisades.