Korotsky Place is a cultural and spiritual point along N. Melrose Alley inspiring faith, creativity and pride in community and art.
7751 N. Melrose

Aquiring the Melrose Alley House in the late 1990's, the alley garage at approximately 7751 N. Melrose Alley adjacent to the #sportieLA parking lot of of N. Genesee Avenue. Genesee is in the eastern end of the Melrose District. The district, which runs from Fairfax to Highland Avenue, became a popular underground and new wave shopping area and street artist haven in the early 1980s. Pioneered by a

dventurous independent retailers such as SportieLA at the corner of Genesee, and restaurateurs, Melrose Avenue captured the global imagination as the birthplace of Southern California's New Wave and Punk cultures. Rapid notoriety quickly lured movie stars, moguls, and style seekers, leading the press to dub Melrose Avenue "the new Rodeo Drive" with street art. Being about a mile away from Paramount Studios, Melrose was ready for its close-up, and the avenue enjoyed its share of TV and movie cameos, and appears regularly today in Jay Leno's "Jaywalking" segments, in addition to pop culture gems like the 1986 film Modern Girls (with future Melrose Place star Daphne Zuniga, Entourage and LA Ink. Melrose District got its notoriety in Aaron Spelling's 1990s soap opera on the Fox network Melrose Place. While there are no apartment buildings on the real Melrose Place, there is one of those buildings with a pool located just steps from Melrose on Genesee (and our neighbors on the alley. As a constantly evolving merchant district, it has featured stores such as Olivia Newton-John's Korner of Australia in Los Angeles aka "Koala Blue", Vinyl Fe**sh, Harvey's On Melrose Golden Girls Rattan Furniture and Retail Slut, They all closed several years ago, Harvey's has made a come back after 20 years but on Beverly the new Melrose while The Burger That Ate L.A., a landmark fast food stand, was in recent years replaced with a Starbucks. The original Johnny Rockets opened in this end of Melrose in 1986. Long-term stakeholders like The Groundlings, l.a.Eyeworks, Angeli Caffe and Sportie LA have shown continued dedication to the community. In 2005, musician and director Joe Hahn, member of the rock band Linkin Park, opened his concept retail store SURU on the 7600 block of Melrose. Canadian designer John Fluevog opened on Melrose in 2003. As one of the city's most walking-friendly neighborhoods, this must-see destination has maintained its reputation for an original, alternative and independent experience for more than three decades. At the corner of Martel and Melrose is what has been described as one of the best neighborhood taverns in Los Angeles by Bon Appetit Magazine and is one of the only local pubs that are exclusively a futbol (soccer) bar. Its feel even reminds Melrose of its roots by having a distinct Aussie feel to it. Also on Martel, the alley south of Melrose is another of our street art hubs.

What is Japanese “forest bathing” and how can it improve your ...

Is John Chiang the 'undervalued stock' in California's governor’s race? - John Chiang for Governor, 2018 On Tuesday, Chiang snagged the early endorsement of Assembly Speaker Anthony Rendon (D-Paramount). Rendon may not be a household name in California, but the speaker is one of the most powerful and influential politicians in the state. “It makes John Chiang the candidate to watch in the race. Between...

California’s electric car program may be running out of gas

California’s electric car program may be running out of gas Asked recently about one of California’s most important programs to promote cleaner cars, the CEO of electric automaker Tesla Motors ripped into...

Boy Remembers His Past As An Extraterrestrial Being & Provides Startling Details

Boy Remembers His Past As An Extraterrestrial Being & Provides Startling Details You might not know it, but children remembering their past lives is nothing new. Reincarnation is no doubt a fascinating subject, even within the scientific community. Carl Sagan, American astronomer and astrobiologist, even acknowledged the fact that reincarnation deserves serious study, stating th...

Chicago artist fills in the city's potholes with beautiful mosaics

Chicago artist fills in the city's potholes with beautiful mosaics Artist Jim Bachor has been filling holes in the road in Chicago by creating mosaics which use the colours of the flag of the city and feature a fake serial number to highlight the severity of the pothole problem. 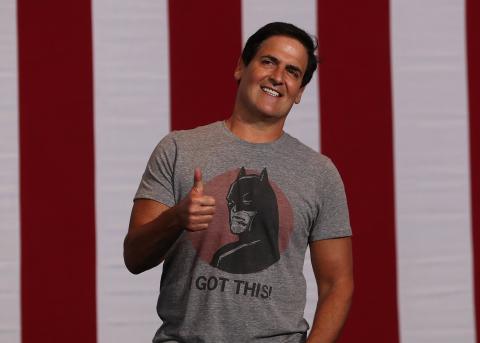 So Trump criticizes Muslim Family of Slain US soldier. So now everyday people who express their political ideas are now held up to scorn on a national level. #Disgusting

Donald Trump Criticizes Muslim Family of Slain U.S. Soldier, Drawing Ire In an ABC interview, Mr. Trump implied that Ghazala Khan’s silence while her husband spoke about their soldier son’s death at the Democratic convention may have been because of her Muslim faith.

@HillaryClinton #BlackLivesMatter Unfortunately, the race problem today was caused by Lincoln's lack of vision regarding the end of slavery. Though Lincoln argued that the founding fathers’ phrase “All men are created equal” applied to blacks and whites alike, this did not mean he thought they should have the same social and political rights. His views became clear during an 1858 series of debates with his opponent in the Illinois race for U.S. Senate, Stephen Douglas, who had accused him of supporting “negro equality.” In their fourth debate, at Charleston, Illinois, on September 18, 1858, Lincoln made his position clear. “I will say then that I am not, nor ever have been, in favor of bringing about in any way the social and political equality of the white and black races,” he began, going on to say that he opposed blacks having the right to vote, to serve on juries, to hold office and to intermarry with whites. What he did believe was that, like all men, blacks had the right to improve their condition in society and to enjoy the fruits of their labor. In this way they were equal to white men, and for this reason slavery was inherently unjust. 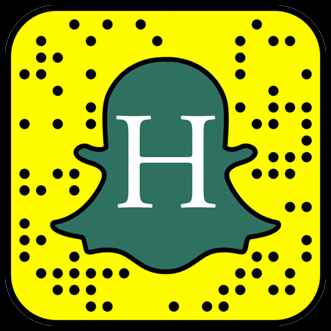 How Poetry Can Improve Meditation

How Poetry Can Improve Meditation By The Chopra Well

What can we do so this stops being a weekly horror of senseless loss? There must be more we can do than Pray For Nice

#KorotskyPlace is the location where the last two feral cats born of the land and owned by no-one resident in particular, where raised by animal activists Kevin and Don Norte.

#lgbt boys make an #LASplash at the #Mondrian

PHOTOS: Pride Makes a Splash | Advocate.com In Los Angeles, a pre-Pride pool party at Skybar on Sunset bring them all out.

Remembering Gretchen Wyler, whom we lost 9 years ago this month.

Melissa Etheridge - Pulse Pulse - Dedicated the victims of the attack on the Orlando LGBT community.

🐸 #Street #Art #Rome 🐸 Would you be able to find it ? #streetart #roma #instaroma #muro #beyondroma

Variety Boys & Girls Club has a 60-year tradition of providing social and educational enrichment programs for our children and youth in the Boyle Heights / East Los Angeles community.

Here we share focus each day, to remind True Voice dedication to every day action. Let us join intention together, and joyfully create your desired change!

Fight Rewind is a look back at the best fight related news, videos, photos, social media postings and more.