Fitness Inside & Out
Tamiami Trail N

Classes are held Monday and Wednesday from 7pm - 9pm

DAIMYOJIN JINJA My brother Mark visiting and praying at the Daimyojin Jinja. Takamatsu sensei often taught that the heart is the most important. This also includes the intention of the person. While in Japan I studied a lot about Buddhi...

Bujinkan Historic Moment I was going through some photos, and found this photo from my 2010 Japan Trip. On this day Soke was unable to make class. This was the first and last time I know of or experienced two Japanese Shihan teaching together in...

ROXBURY, NJ – Chris Carbonaro’s detached garage, on a quiet Ledgewood street, looks about the same as many others in Roxbury; beige walls and two white doors.

The only clue about its true nature are two small, brown placards - one on each door - that say “Ninjas Only.”

That message could be mistaken for a joke or an indication Carbonaro, a Randolph police officer, has a collection of Kawasaki Ninja sport bikes. Both assumptions would be wrong.

Carbonaro, 36, is a seasoned practitioner of ninjutsu. He’s a ninja. And his garage isn’t a garage anymore. It’s a traditional Japanese dojo – a special space reserved for the study and teaching of ninjutsu and other Japanese arts.

“For me, the dojo is basically two parts,” Carbonaro said. “It’s a place for my spiritual studies as well as my physical martial arts.”

Mounted on the dojo’s interior walls are Japanese scrolls and racks holding traditional ninja weapons and armor. Its floors are covered with tatami mats.

Those passing by Carbonaro’s house on Oct. 6 might have seen a white-bearded man, in flowing robes, walking around the dojo chanting and performing other ritualistic actions. That was the Rev. Lawrence Koichi Barrish, a Shinto priest, who came from Washington State to bless the building with an Ohari ceremony.

It was a very special day for Carbonaro, his family and a small group of his friends and students. “The idea of the blessing is to remove all negative energy and or evil spirits and to create good fortune and good prosperity for the dojo as well as all those who attend.

“I didn’t realize it, but this guy’s quite famous,” Carbonaro said, referring to Barrish. He said Barrish is the first American to attain the stature of Shinto priest. “He’s been doing this for a long time ... We flew him in and he did two blessings, two in New York and ours.”

A Staten Island native who was raised a Roman Catholic, Carbonaro long ago became fascinated with Japanese culture. He began studying Japanese martial arts as a 12-year-old living in Pennsylvania and he enlisted in the U.S. Air Force largely because he hoped to be stationed in Japan, a dream that eventually came true.

“I studied Japanese language on the air base and, obviously from living in Japan, I was able to use it every day,” Carbonaro said. “In Februrary, 2002, I started ninjutsu studies in Japan.”

Carbonaro, who eventually came to study under renowned Japanese martial arts master Masaaki Hatsumi, is himself a teacher. “I’ve been around,” he said. “I taught seminars throughout the U.S. as well as Mexico and the Dominican Republic.”

He stressed that his new dojo is not a business venture. However, Carbonaro said he will use the building “to help those who are interested in furthering their study” of Japanese culture, history and martial arts.

Carbonaro, whose wife is Japanese, became a Randolph policeman in 2013. The couple bought the house in Ledgewood last year.

”Prior to moving to Morris County, my wife and I used to live in Bergen County where we were connected to a large Japanese community,” he said. “However, although there are quite a few Japanese living in the Morris County area, it is a goal of my wife and I to try to bring them together.”

He said he was looking for a house with a garage big enough to store his collection of Japanese items and to allow him to practice. “The dojo was actually my wife’s idea,” Carbonaro said. “She said, ‘You should build a dojo at the house … The garage was empty. I brought in all the things I’ve collected over the years. You pick up the mats, it’s still a garage.”

What is Bujinkan? | ART OF ONE DOJO

What is Bujinkan? | ART OF ONE DOJO What is Bujinkan?I was invited to take part in a small class to celebrate the opening of a new Bujinkan Dojo in South Florida. This episode is a highlight of...

Many people who join the Bujinkan have come from other martial arts, and bring their old martial art habits with them. This is not a problem, unless you are unable to lose those habits.

The one mistake many students make is to never copy, and straight away make their own way (Jiko Ryu).

Students in the Bujinkan Daimyojin Ninpo Dojo learn how to use their body properly in accordance with the standards of Bujinkan Budo Taijutsu.

To all, thank you for your interest in this page. I have decided to post about my understanding and experiences in the Bujinkan. I am happy to see that there are others that have done a great job to preserve the Bujinkan Art as well. Alex Esteve has published numerous books on the Bujinkan which is much needed for example. However, with Covid 19 and the increased isolation, I have noticed many strange posts, videos, books, etc emerging about the art.

I hope my posts of my personal experience of Living and Practicing in Japan, as well as my unique experience as having many opportunities to translate at Hombu Dojo for Soke and the Japanese Shihan shed some light on some of the confusion about our art.

Please like and Share this page and posts if you find this page useful. Also I am willing to answer any well thought out questions anyone may have based on my experience.

Currently I teach at my dojo in NJ and My student Craig Brogna had a dojo in Fl. Anyone interested in becoming a student at either one of these dojos, please contact me here. 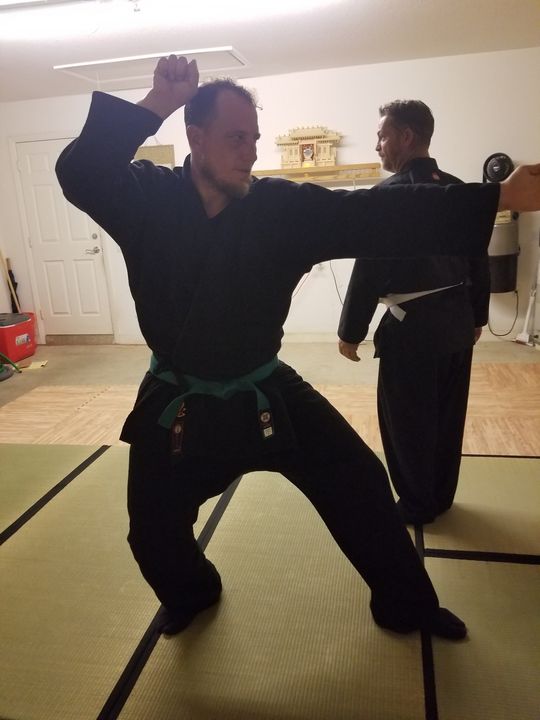 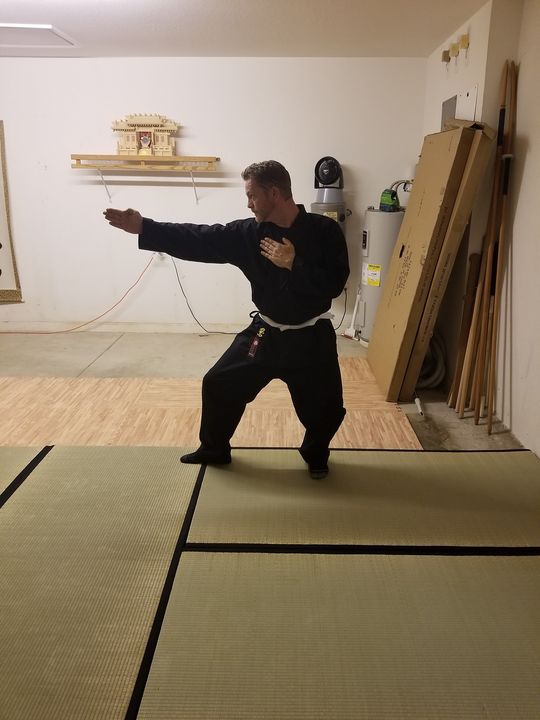 Other Gyms in Naples (show all)

Total Athletic Performance: We WILL take you to the Next Level!!

Are U Looking for a Natural diet pill that works? I lost 52lbs in 12weeks & I want to share it w/anyone wanting to lose weight. suppresses appetite burns fat https://slimin30.bigcartel.com/product/slimin30-silver

This is a Martial Arts school in Collier County. Our school has programs for all ages.

The Berman Method specializes in helping golfers over the age of 60 gain more distance off the tee, shoot more consistently, and play more frequently!

Tumbles is a children's gym (4 months-10 yrs) providing a safe, CLEAN, and fun place for families.

We offer 30 Minute Workouts with Custom Nutritional Programming for All Fitness Levels!