Kroc Center Volleyball Academy is a volleyball club located in Phoenix, AZ. We offer both traveling

2nd place finish today for our 17 Black team . Way to kick off the season. Good job!

First official practice for our 12 Red team and they came ready to work with smiles on their faces! KCVA 12 Red. 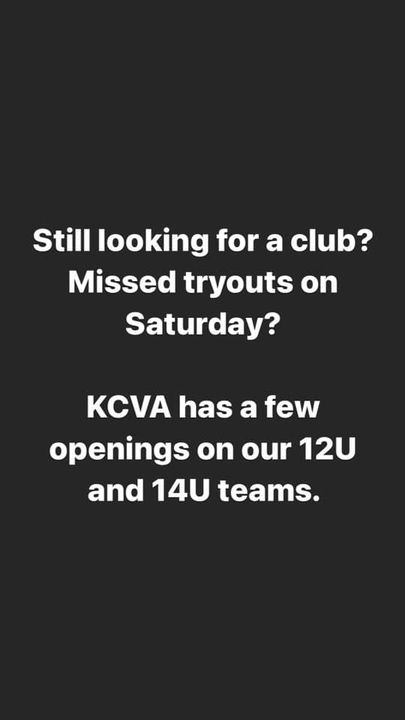 Our player registration will be paperless again this year. You can register for tryouts using the following link. All required paperwork can be found on the AZ Region website.

Coach Alan Rascon has been with KCVA since 2016. Has been coaching volleyball for the past 8 years.

Coached at NFL YET College Prep for 6 years where he was named the 1A South Coach of the Year in 2018. Had back to back to back region championships and 4 state tournament appearances 2 of the which ended in a semi final run.

Currently coaching at Glenview College Prep High School and is excited to start building the volleyball program on campus for both Men and Women.

In addition to coaching, Alan loves to spend time with his 2 year old baby girl Alanis and wife, playing competitive volleyball with friends and doing tons of DIYs.

Played some HS football, basketball & baseball. As a HS sophomore in 1977, I organized a 3 class + faculty VB tourney. My soph team won.😃

KCVA would like to welcome Alumni Tyasia McGruder to our coaching staff.

Tyasia attended Sunnyslope High School and was a part of the 2018 State Champion team and the 2017 State Runner Up team. Tyasia was also named to the All- Region and All-Conference team.

Tyasia attends Henderson State where she is a senior on their volleyball team. In 2018 her team was the Conference runner ups.

Tyasia will be graduating in December. She is majoring in Psychology with a double minor in criminal justice and sociology.

Coach September Lopez has been with KCVA since it’s 1st season in 2014, she is entering her 6th season as Club Director. In 2017 she coached the KCVA 18 National team that earned an American bid at the USAVB Jr. Nationals.

She has been a volleyball coach for the past 16 years at both the High School and Club level. September started off as a volunteer club coach to give back and provide an opportunity for girls in the South Phoenix community.

In 2010 she won the CAA High school State Championship at NFL Y.E.T. Academy. She is currently the Head Coach at St. Mary’s HS and was named the 4A Skyline Region Coach of the year in 2019.

Coach Destiny Ramirez has been coaching club volleyball for 5 years and is in her second year with St. Mary’s.

Destiny played indoor and sand volleyball for Benedictine University. She ended her volleyball career as beach caption and played in the California Pacific Conference Championship. Destiny is also KCVA alumni.

She recently graduated with her Bachelors in Criminal Justice and a minor in Political Science. Destiny plans on getting her masters and growing more as a coach.

She has taught for 36 years and has coached volleyball for all those 36 years. She has coached club volleyball for 23 years. During her career as a teacher, she graduated from Fuller Theological Seminary with a Master of Divinity.

She started coaching at the Kroc Center in 2016 and absolutely loves it. Coach Kirk has a desire to mentor others in the coaching world while teaching and coaching young athletes. 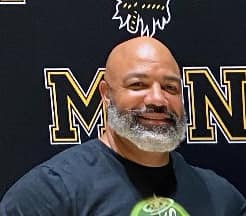 Coach Marcus is a Maryland native "Go Ravens" went to school in Ohio Central State to play football. Moved to Arizona in 1994. In 1996 became a personal trainer training multiple high level athletes. Coach Marcus has been married for 15 years and has 3 children 2 that have played volleyball at the Kroc and now one plays at the collegiate level.

Coach Marcus started volunteer coaching as a strength and conditioning coach. After 2 years joined the coaching staff as a 14N assistant coach.

We would like to welcome coach James “Jimmy” White to our coaching staff.

This will be Jimmy’s first year with the club. Jimmy has coached with Club One AZ since 2013, and his 17 Platinum squad in 2014-15 was COV’s first 17’s team to earn a bid to the USAV Girls Junior National Championships.

Jimmy joined the COV staff after moving to Arizona from Illinois, where he attended Southern Illinois University and earned a M.S. in Sports Administration. While in Illinois, he built up a notable foundation in volleyball coaching:
-student assistant for the SIU volleyball team from 2007-2011
-head coach for several age groups with Southern Illinois Select Volleyball Club from 2008-2013
-JV head coach/varsity assistant at Murphysboro High School
-assistant coach at John A. Logan College from 2011 until his move to AZ

At SIU, Jimmy was an assistant for the women’s program, coached and played on the men’s team, and coached a girls’ club team, all concurrently - a testament to his love of the game!

Jimmy is married and has two twin daughters.

We are excited to have you.

After a very short retirement 😂…
KCVA would like to welcome back Coach Harold.

Coach Harold is a Texas Native “Go Cowboys!”. He moved to Arizona to play collegiate football at Arizona State University. He also served in the United States Marine Corps. Harold has been married for 25 years, and has three daughters that all play volleyball, two of them are currently playing at the collegiate level.

Coach Harold started coaching volleyball by volunteering to help one of his daughter’s teams. He was a part of the coaching staff for the KCVA 18U team that went to the USAVB National Championships. Being a parent of the sport he started to learn about the recruiting process, and played a major role in getting both of his daughters recruited.

He has been coaching for 8 years at both the club and HS level.

We are excited to have you back.

KCVA would like to welcome Coach Eric Hodgson to our coaching staff. Players and coaches are in for a treat with this one. Eric has been coaching volleyball for over 25 years. He has worked with the AZ Region for the past 25 years and is currently the Director of Outreach. He has his CAP III certification and is a USAVB Education Cadre. He has ran coaching clinics abroad for FIVB and US sports. This year for KCVA he will focus on our coaching development as well as coaching our 12U team. Welcome Eric we are excited to have you! Check Out Leilani’s interview... link in post below! ❤️🏐🖤

Congrats to Leilani for signing onto the South Mountain College Volleyball Program! You have been a dominant player at KCVA and we will miss you! Best of luck in your collegiate career!⁠
⁠
https://www.youtube.com/watch?v=t7Xben80jt0&feature=youtu.be⁠
⁠

KCVA 18 Black had fun night of scrimmaging with Next Lvl Vball club! Thank you guys for coming out.

Roses are Red, Violets are Blue, I can’t wait to shake it with you! Our KCVA 18N team kicking off Valentine’s Day weekend with some team Zumba led by their team mom @druclark.

It’s going to be cold this weekend for Open #2...good thing our 17 Black team made these warm and comfy blankets during their team bonding activity!

“If you can be great teammates, you have a chance to be a great team.” -Diana Taurasi

TOMORROW our 17 Black team will have a fundraiser at Chipotle on Central and Camelback from 4:00pm to 8:00pm. This is one of our regional teams that is fundraising to pay for a traveling tournament. Please share this post and stop by to help them out.

Other Sports & Recreation Venues in Phoenix (show all)

Save hundreds on your Jet Ski Rental by towing your self. Call or Visit AZXtremeRentals.com . EST2005

The Ahwatukee Golf Academy is built upon the concept of "Total Game Improvement" We strive to provide unparalleled instruction nobody else can offer!

Rio Salado Trail Run is a timed 10K and 5K trail run and walk in the heart of Phoenix, Arizona just

We are an award-winning local swim school offering swim lessons to the NW valley. We are travel to you, and teach all ages and all levels! We do have an outdoor pool on 75th Ave and Deer Valley

We train athletes for speed ,quickness, agility, and strength. We are training youth to learn how to run, the art of running, speed and the heart of an athlete.

Arizona's Outdoor Adventure Company Offering Half Day and Full Day Adventures in Phoenix By Reservation Only, Call or Email to Schedule Today Thank You!