Get yours today: https://goldstrike3d.com/products/throttle-wing?_pos=1&_sid=af9df68bc&_ss=r
Does anyone have the 2018 WingWorld magazine still? If so I would really to have all I can get.
Hi, I am a 13 year GWRRA member. I know that Wing World has classified ads for those who are selling bikes but how about a
”Wanted” section. I, for instance, am looking to buy a trike......preferably white in color from year 2001 and above. Anyone out there have a trike like that that they want to sell? Let me know.
Check out the test/review of our VStream+ Deluxe replacement screens and Wing Deflectors in Wing World Magazine
http://www.nationalcycle.com/media/wysiwyg/pdf/documents/2021Feb_WingWorld_ProductReview.pdf

Honda just announced the 2021 Gold Wing!
---The Tour model’s top trunk is 11 liters larger, for a total of 61 liters storage capacity.
---The passenger seat’s backrest features a more relaxed angle, thicker foam and a taller profile. The seat has a suede-like cover with an enhanced appearance, and the Gold Wing has colored seat piping for added color contrast.
-----A number of audio improvements were incorporated, including upgraded, 45 watt speakers with richer audio; optimized automatic volume-adjustment level and a standard XM radio antenna. Android Auto™ integration joins Apple CarPlay integration, and the rear turn signals are now all red for a clean, stylish look.
----Colors! --- Gold Wing Tour Air Bag DCT: Candy Ardent Red. Gold Wing Tour DCT, Gold Wing Tour: Candy Ardent Red and Metallic Black. Gold Wing DCT, Gold Wing: Deep Pearl Gray.
Oh, and available in February! Honda Motorcycles & ATVs Wing World Magazine
Hi! I was a charter member back in 1977. There were just a few of us...I had a 1975 GW. Sadly in 1991 I was hit by a car on my bike and lost a leg, thus ending my riding forever. I remember the good times in AZ with the club and miss riding. Photo is Sonoita back in the day......
Goldstrike in the latest September issue of Wing World Magazine! 🔥
Have you seen Wing World Magazine's July issue?

Wing World, the publication of the GWRRA, features Gold Wings, their owners and related information

Many are receiving the second to the last mag, which is now also online. We hope you enjoy reading it and thanks everyone.
Friends for Fun, Safety and Knowledge always
http://wingworldmag.com/wing_issue/august-2022/

Some of the great folks at Wing Ding trade show.

More from today's Wing Ding. Here's a great pic of Mary and Mike Hildebrand! Mike writes product reviews for Wing World. Many asked about their great T-shirts, and guess where they bought them last year? ------ WING DING ----of course!!!! Make sure to say hi to this wonderful couple.

Gold Wing Road Riders and fun arriving at Wing Ding in Louisiana. (Thanks to Mike Hildebrand for pics.) Wing-ding.org

Are you ready for some good times? The Shreveport-Bossier Welcome Party is around the corner...

http://Wing-Ding.org Spotlight inside of the mag and Calloway's Gold Wing in front of the USS North Carolina on the front cover of the July Wing World.

Many thanks to Peter Rakestrow of Great Britain for the photo of his 2015 GL1800 in front of the Leaderfoot disused railway viaduct over the River Tweed in Scotland. 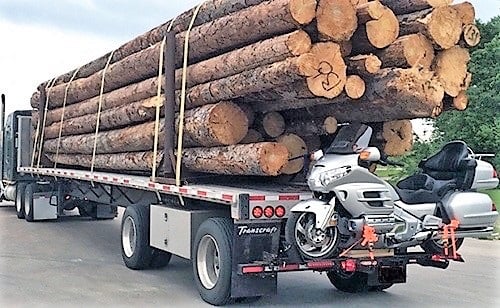 When it's Monday and you still have to work, but you keep your Gold Wing close. How would you caption this? (Many thanks to Paul R for this pic from Florida.) This was such a fun rally! Happy 2022 Star Wars Day.
May the Fourth and Force be with you.

Great visual. Watch out for motorcycles.

America the Beautiful. Tony Calloway's Gold Wing in front of the Washington Monument from our March magazine.

There's a helmet for everyone. Wear it.
(Sneering and daring them to say something, optional.)

WE RECOMMEND a DOT and/or SNELL-certified FULL-FACE helmet to protect your chin.

Many have gotten their April mags in the mail. Remember Gold Book comes will come with the May magazine for some or alone in May for others. Will let you know when April's Digital Edition is up (website's up but database is down right now, sorry bout that0).

Where it all started for this Lifelong Biker, Wing World reader, GWRRA Member in the spring of 1970-something.
Anyone else have a kit or bike like this?
Anyone else find HAPPINESS at a young age?

Just some suggested reading for those that need it....

ATTENTION GWRRA MEMBERS: Our 2022 Gold Books have been delayed due to staff and paper shortages, and a change of printers. They will now be bundled with the May magazine and should arrive in the mail the middle of April. (Digital subscribers, expect just the book in the mail.)

We appreciate your understanding and are sorry for any inconvenience this may cause. We are also working hard to make sure our online version https://goldbook.gwrra.org/ is available to all members. Thank you for your patience.

The 2022 Gold Wing's goal is long-distance touring luxury with greater comfort and convenience.

FYI. Who's been there?

We're crazy about Gold Wings and crazy about this photo by Adam Koons. It's sort of like where's Waldo. Where's the Wing?

Look at that seat in close ups! Nice-looking don't ya agree.
Who drives or drove one of these Gold Wings?
https://www.autoevolution.com/news/1996-honda-gold-wing-trike-conversion-looks-very-bulky-yet-comfy-179874.html#

1996 Honda Gold Wing Trike Conversion Looks Very Bulky, Yet Comfy There are few companies out there that are involved in making both cars and motorcycles under the same name, because even if at first glance it does look easy, it’s kind of complicated to mix the two worlds. But not impossible, as companies like Japanese Honda proved over the years.

Anyone can drive a motorcycle fast. Can you drive slow? Can you maneuver at slow speeds? GWRRA Drill Team on their Gold Wings showing how it's done. www.gwrra.org offers on- and off-bike skills training.

Who was at Wing Ding 37 in Huntsville, Alabama?
Who is going to Wing Ding 43 in Shreveport, Louisiana?

Our own GWRRA Chapter Florida 1-H and their Gold Wings had the honor to be in a show segment that Bob Saget was filming in 2005. Our condolences to his family and friends. Mr. Saget

Happy New Year to all of our friends around the world! We really appreciate all your support the last couple of years. We look forward to seeing everyone in Louisiana. Keep the laughter in your heart and the rubber on the road. www.wing-ding.org

Our Christmas list includes a Happy Holiday to all our Gold Wing community and all those who ride the wind. 🎄
(Thanks Goldstrike! You always have great posts.)

Santa is a big fan of Gold Wings and Goldstrike! What's on your Christmas list?

"Buone Feste a Tutti" in Italian means "Happy Holidays to All" in English. (Thanks Italy Chapter A and our GWRRA Membership Enhancement Program for posting Santa on a Gold Wing.)

Gold Wings are some of the most comfortable, luxurious, and safe bikes on the road and you’ll find products, gear, tech, routes, destinations, road trips, safety tips and more in each issue. In our pages, you’ll find classic Gold Wing GL1000s, GL1100s, GL1200s, GL1500s, GL1800s, 2018 Gold Wings, F6Bs, Valkyries, trikes and more. We are the largest monthly magazine for those who appreciate or love riding Gold Wing motorcycles.

Other Sport & Recreation in Phoenix (show all)

Are you Loco4Golf? Golf course promotions, discounted tee times, Loco Deals and events. Check us out

Trail & endurance runs across the wild Southwest. Over 30 events from 4 miles to 250 miles.

KOMMANDER INDUSTRIES is Phoenix's #1 source for YAMAHA WAVERUNNER. Home of the KOMMANDER GP1.

We are an Okinawan Kenpo style school, servicing the Phoenix area.

Putting on desert trail races since 2010, ShendoCat is the premier trail race company in Arizona.