This 10 week strength and conditioning program is designed for the athlete looking to take their strength and power gains to the next level. We will spend the summer training the core lifts including squat, front squat, split squat, bench press, power clean, power sn**ch, and more to develop strength and power. We also include many assistance or auxiliary exercises to develop stability and overall

balance. With multiple training locations across the country, the ability to download the program for your own use, and a forum to interact with coaches and share results with athletes online, this is likely to be your most powerful and competitive summer yet. Find a training center near you or get the program for yourself soon!

I wouldn’t be where I am today without the coaches I’ve worked with over the years. ALTIS is raising the bar for coaching education.

The ALTIS Foundation Course is a first of its kind online coach education resource. Modules range from biomechanical concepts and speed development basics to applied physiology and cueing.

I love my Job. Helping people improve is everything to us. Soooooo...

Save $100 and receive hundreds of hours of world class content with ALTIS 360.

This really says it all. Thanks to Tom Crick for taking the time to post this review. It's a great overview of ALTIS 360º's features, and it really demonstrates 360º's immense volume of information...

Awesome review of ALTIS 360 by Coach Tom Crick. Get an in depth look at all the features this amazing coaching resource has to offer!

ALTIS has created a global educational environment with ALTIS 360º as it’s cornerstone. ALTIS 360º is a vast library with hundreds of hours of technique instruction, educational lectures, Poolside Chat roundtable discussions and more!

What ALTIS 360º is today is just the beginning. What is next on the slate?
- Hundreds more hours of content to come
- New content releases every 2 weeks
- LIVE education events on through the ALTIS AGORA private group

Use code ALTIS360 to get our Yearly Membership for $199 for the first year!

150 Hours of Online Content Will Become Available on November 1st

twitter.com “These athletes responses to the same training plan are unique @Athletigen #superacp”

True words from Jeremy Koenig. Not necessary, but definitely helpful.

twitter.com “As a coach, it helps to experience the training you are prescribing. Makes prescription more accurate @KoeniGator”

Your plan today may not be what it was yesterday...

twitter.com “We do not get emotionally tied to our training plans. We work in landmarks not timelines @CoachSanAndreas #superacp”

twitter.com “Do not underestimate the value of debriefing - yearly, monthly, daily, throughout a session... @PfaffSC #superacp” 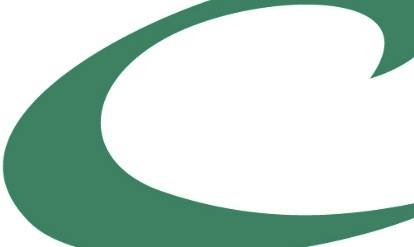 There will be a big announcement from @ALTISworld later today. This is a game-changer. Stay tuned throughout the day to hear the news! #carrytheshield

This is big in so many ways!: @ALTISworld announces @Connor_Sports as Official Track Surface and Facility Maintenance Partner. Two great companies doing more for the sport. This 8 year partnership will focus on athlete and coach development at all levels as well as provide ALTIS Elite athletes with world-class track surface on which to cultivate their talent for years to come.

Register for an ALTIS Summer Throws Camp today! This year we will host Camps in California, Ohio and Iowa. Space is limited. Register now!http://conta.cc/27pgvs0

conta.cc Register for an ALTIS Summer Throws Camp today! This year we will host Camps in California, Ohio and Iowa. Space is limited. Register now!http://conta.cc/27pgvs0

Looking for a summer camp for your son/daughter/brother/sister/niece/nephew?

Check out the ALTIS camps held in 4 locations across the U.S.

Throws, pole vault, endurance, sprint/speed - ALTIS has it all for you!

altis.world ALTIS Camps connect some of the most successful Track & Field Coaches in the world with athletes and coaches.

spikes.iaaf.org Long jumper Christabel Nettey has followed up an outstanding indoor season with an equally impressive start outdoors. The Canadian tells SPIKES how she emerged from her sister's shadow to become one of the world's best.

Whether you are coming to learn how to throw for the first time, improve your fundamentals, or fine tune your technique - the Throws Camp will help you reach your goals.

worldathleticscenter.com World Athletics Center Camps connect some of the most successful Track & Field Coaches in the world with athletes and coaches.

We want young athletes to experience up close and personal what it takes to be successful in their event. Our throwers are not only world class athletes, they are also fantastic coaches and mentors. Our Throws camp provides athletes with an active learning environment to foster holistic development.

worldathleticscenter.com World Athletics Center Camps connect some of the most successful Track & Field Coaches in the world with athletes and coaches.

Returning to the mothership Sunday with WorldAthleticsCenter and our Wyoming Athlete Clinics http://buff.ly/1Gx3xcI

ALERT! Only 2 slots left in throws and sprints for the WAC Phase 1 Clinic in Cheyenne, WY! http://buff.ly/1CA8pAm

Food for thought from Coach Nick Sheuerman: Coaching the Individual in the Athlete http://buff.ly/1MotA7R

How about a little help for a track and field guy?: Wyoming's Greatest Athlete: Championship Round TS GOLF LLC is a golf school for kids. We do after school enrichment programs along with golf camps at a golf facility and private lessons. Teaching citizens to safely use fi****ms. Serving Arizona's runners and walkers since 1978. Pure Barre is more than just a workout; it's a lifestyle. Classes offered throughout Phoenix, Anthem, and Glendale. Visit our website for a class near you! northwestvalley.fit4mom.com Please call or email to schedule a lesson ThirtyDown is a Sports Performance program geared towards youth and teens. Strength and conditioning for all levels.