Just came across this video. We need more people like him: http://bit.ly/kfrjjM

We just reduced the price on all the K2 and Line Skis we have left!

Big thanks goes out to Angel Fire Resort and all their amazing staff for making the TTN No Drama Days Hawaiian Style a simply rock'n event!

Also, the video is now up of TTN No Drama Days Hawaiian Style including rare never before seen footage of the TTN Chicken. Go check it out.
http://www.youtube.com/watch?v=AsDyyMpYAR4

March 18th marked that last TTN No Drama Days for the 2010-2011 winter season. There was all sorts of good stuff going down. Red Bull had their Buttercup, USASA had a slope-style competition, Burton had a demo going on and we had the TTN Chicken, the TTN Tent, the TTN Transport, free cool refreshing

Just think in a few weeks you would have wished you could go ride that wonderful cold white stuff but instead you're thinking right now about doing something else something so 2011 Spring this weekend. Like a nice bike ride or a hike through the Bosque.

Stop it right now. The season is not over. The snow is still on the mountains and the time is to go ride. If you don't you will regret it.

So put that spring thinking on hold for the time being and make plans to head up to the mountains . . . and ride!

With great weather, a recent snow fall and cameras rolling the TTN Film Crew captured the day with Sipapu locals and Team TTN enjoying the many features the mountain had to offer. Here is a little fun edit of the great times! Shot all on the GoPro HD Hero. Music: "My Other Love" - Pretty L 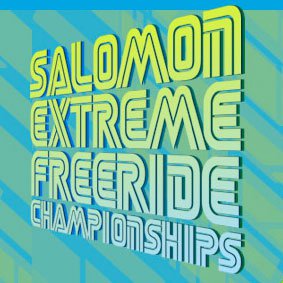 This week at Taos on March 3rd marks the start of the 2011 Salomon Extreme Freeride Championships. Check out http://skitaos.org/freeride/ for general info, registration info and videos and pics of last years event.

On the heels of the approaching storm system that is destine to bring the powder, TTN is having its 4th No Drama Days of the season at Purgatory at Durango Mountain Resort on February 5th and 6th. RSVP our event and Come Ride with Us!

Just an FYI, word on the street is that Angel Fire Resort is going to open a portion of Liberation Park. How much? Our source couldn't say. But it's another reason to join us this weekend for TTN No Drama Days January 22nd & 23rd @ Angel Fire Resort. Come Ride with Us!

We were at Taos Sunday and we're blown away. They've been making snow like crazy. We skied top to bottom, hit the Pocket Park & kept going. No rocks! Taos snow making team is amazing. Combined with high altitude & cold temperatures they've been making snow around the clock. Who has the best snow in the region right now? TAOS does.

TTN No Drama Days & Taos Demo Days together @ Taos Ski Valley. Demo the best skis and boards & join our Team as we cut a video at TAOS. We want you in it! It's going to be an amazing day. Join us on the mountain!

Pretty sweet looking film by Dendrite Studios - Out of the Shadows - Full HD Starts at $1.99 - http://bit.ly/eW8XhN

Check out our latest edition, TTN No Drama Days at Sipapu on our web site: http://bit.ly/eFvrnK

Join us for a TTN No Drama Days at Sipapu Ski and Summer Resort Tomorrow. See our latest post for more details: http://bit.ly/dUfP5x

Happy Thanksgiving Everyone!!! Have fun and be safe.

This is just simply fun to listen and watch. http://www.youtube.com/watch?v=k26nt3Y4cmg&feature=related

Just
added a bunch of products to the site. We gathered a ton of sweet
products together and linked them to some really great on-line
retailers. This way you don't have to go searching all over the web to
find the stuff you need for this season! Take a look!

For all of you wanting to get on the overflow list we have made a page just for your. Go here: http://twintipnation.com/overflow

All of us from TTN would like to thank everyone who attended our Garage Sale and the Angel Fire Resort Student Ambassador Decal Program (AFRSADP) sign-up. Thank you for your patience and understanding through the event. We never know what to expect. We are eagerly working on other means for those who signed up on the overflow list. Big thanks to Angel Fire Resort. With out them the program wouldn't be possible.

Today is the DAY! AFR Student Ambassador Decal Program and TTN Garage Sale! It all starts at 10am. See you all here!

Shoot in 3D with your GoPro HD. http://bit.ly/9OUwqV

At 1:30pm today there is the 2nd annual Skate Fest at Star Heights Park http://bit.ly/dhGbA2 - Stop by for FREE food and fun!

Want to get on the Angel Fire Resort Student Ambassador Decal Program? Details are here: http://bit.ly/aGVUK1

We just put some sweet $1 auctions up on Ebay for boots and bindings: http://bit.ly/9EvxNk - So if you are looking for a deal, here you go!

New video released http://youtu.be/XCrHjLkC5-4 . Its about roller coasters and water slides. And some screaming!

Well isn't that just swell. It worked like a charm! Thanks to you all for putting up with these tests.

One last test. Figuring out all the talkie talkie with all these different accounts.

Constitution for the United States of America

For all of us who live in the USA, we all know what is just around the corner. That's right, some quality time with our friends and family celebrating the birth of this great Country. It's 4th of July, baby! Now this year lets make it extra special and do something a little different. Lets all brush up on our government skills, some of which we havent exercised since high school, and read up on the Bill of Rights and Constituion. Maybe it will put a smile on your face.

constitution.org We the People of the United States, in Order to

provide for the common defence, promote the general Welfare, and secure the

Blessings of Liberty to ourselves and our Posterity, do ordain and establish

Other Gyms in Rio Rancho (show all)

Our mission is to help you achieve your health and wellness goals.

At Defined Fitness, we have 5 full-service gyms across New Mexico and we accommodate all levels of fitness. Our memberships include FREE supervised childcare, over 400 FREE classes every week, and full aquatic centers including Jr. Olympic-sized pools.

Jazzercise is a pulse-pounding, beat-pumping fitness program that gets you results fast.

Elevate Trampoline Park is a high adventure indoor activity center with dodge ball, foam pits and a lot of trampolines.

All around fitness is a place to meet your fitness goals. We specialize in helping you to develop go