Are we coming back? What's the story?
New Bocce Ball Court at Potomac Point Vineyard and Winery in Stafford, VA!
When does the Summer 2021 league begin?
Hi! What's the status of 2021 leagues?
For those that play in the SE league at Garfield Park or at the American Legion. Our favorite bartender, Lewis, has recently had surgery and is in need of some care this Holiday Season. A go fund me page has been set up for donations. I know times are tough, but if you can give I know it would be greatly appreciated.
Calling all Terps: Are you a business owner, or do you know of a Terp-owned business? Join us for week, a celebration of alumni entrepreneurs from June 8-12th! Submit your business’ information via the University of Maryland Alumni Association's Facebook () and IG () accounts, and access a list of business resources during COVID-19 (and beyond), plus get a chance to be featured during week.

We've tagged some of our favorite Terp-owned and Terp-run businesses in the DMV below. Please be sure to check them out, and add other's in the Comments for us to promote in the future!

Rasa, Atlas Brew Works, Busboys and Poets, Ledo Pizza, CAVA, Phillips Seafood, Free State, Lost & Found, Cheesemonster Studio, Lou's City Bar, JRINK, 801 Restaurant & Bar, The Influencer Collective Lisa Helfert Photography, Mike Morgan Photography, Misfit Foods, Modern Bar Cart, Picnic Pops, Corcoran Caterers, MOM's Organic Market, DC Bocce League, Podcast Village, Artisans and Vines, Honeycakes Desserts, Bethesda Florist, Chouquette Chocolates, Creative Cakes, Inc., Fancy Cakes by Leslie, Los Chorros Restaurant, The Red Bandana Bakery, Tart & Craft, Ize's Deli & Bagelry, Spilled Milk Catering, Super Chicken, Tysons Corner, Toby's Homemade Ice Cream & Coffee
Leagues are a hot ticket in Washington D.C. The DC Bocce League quickly gained popularity and grew from 50 players its first season to the approximately 4,000 players today! It has expanded outside of D.C. as well under the brand Major League Bocce to 11 cities across the country. The league hosts four seasons a year. Players get an 8-week bocce season and can register for multiple seasons. Games last between 45 minutes to an hour. At the end of the season, the league seeds teams based on their win/loss record. Get on out there and join a league!
If anyone would like to try a mobile game:) https://www.facebook.com/3D-Bocce-Ball-360988977730114/
Do we have any weather updates for the Alexandria division?
Question - When just using a park/playground that doesn't have an actual bocce court, what dimensions do you guys use when setting up the cones? (Such as Battery Ln Park in Bethesda, for example)
Any idea if Florence/current rain will ruin our championship playoffs tomorrow?
Need to polish your bocce skills?!
Check out WWW.WIKETZ.COM

Embrace your inner-Italian and sign up to play bocce this season! Bocce is a very social activity that's easy to learn and fun to play. We welcome all ages and genders and feature a truly diverse group of players. Games are best played with an ice-cold beer nearby and members receive exclusive discounts at all sponsor bars. Create a team with friends or sign up solo and make some new ones - it's always a good night when bocce's on tap!

We're back baby! Fall season registration is now open! Run, don't walk to the link in profile to register!

Happy Pride everyone! Amazing to see the District back in full colors after the long quarantine. And stay tuned for some good news on bocce's return!

Happy St. Paddy’s bocce friends. We’ve aged quite a bit since we last rolled, but here’s to getting together and putting back a few very soon! Sláinte!
#2021

all points go to the carpet this round, but the wooden set is a close second

Happy holidays, bocce family! We're embracing ALL of the holiday spirits for 2020 🍸🍷🍺🥛😁. Have a safe & joyous holiday season, and we hope to see you all in-person sometime in the New Year!🍾🥂🎉

Happy Thanksgiving to all the bocce lovers out there! We are grateful to all of you for being part of our DC Bocce community and wish you a love and laughter filled holiday. Stay safe, and enjoy the turkey and fixin’s!

Thanks to our moms and cheers to all those out there mothering! ❤️🏆⭐

Never again will we take for granted a large group photo!
.
.

It's easy to socially distance on the super huge bocce courts at Highland Park in Colubmia Heights! We can't wait to get back to it once quarantine is OVER 🙏 😀 🍺
.
.

Get outdoors if you can today, even if it's only on your balcony. Here's to caring for our home planet. 🌎❤️ and for seeing more green someday soon.

Using the quarantine to churn out our next album. Title track: Everybocce Dance NOW! 🎵 Game night inspiration at
.
.

🎵 Don't you know things will change, things'll go your way, if you hooooold on for one more day! 🎵 Channeling Wilson Phillips & sending out some bocce love & support to anyone that's struggling right now. You got this! 💪
.
.

There's a national high five day. Who knew? Obvi some of us did. Here's a virtual high five to all our bocce friends.

On Wednesdays, we wear PINK on Capitol Hill with . Missing those outrageous nights in Garfield Park!
.
.

You've got questions, we've got answers! Updates just went out via email re: winter & spring leagues. The big takeaway: GAMES WILL BE PLAYED! 👍 Read all about it here: https://conta.cc/2xSNTQ6

Thank you for your continued support, patience & flexibility. We promise to deliver on our upcoming spring season & get you all 6 regular season games plus playoffs once it's deemed safe to do so. Please continue to stay safe & healthy. Wishing you the best during these difficult times & looking forward to rolling with you soon!

The CDC is currently mulling whether or not to issue guidelines that the general public wear masks. While masks won't necessarily protect you, it will protect others from being infected by you, should you be asymptomatic. Here's an easy way to create a mask using a bandanna & 2 rubber bands - you could probably also use one of your old bocce t-shirts too! 😃

The Wondy has a fundy! Ok really bad puns aside, if you want to support one of our long time favorite sponsor bars, click the GoFundMe link to send a donation to the hardworking staff at The Wonderland Ballroom. We'll be back as soon as we can!! 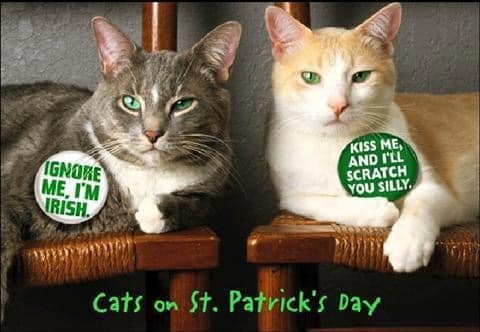 Just because we all need a smile. Happy St. Patrick's Day, bocce friends.

We're doing our part to flatten the curve. Winter leagues are postponed til further notice! That includes all league nights, tournaments & parties. https://conta.cc/2Qmz3HN

The DC Bocce League will be practicing social distancing for the next few weeks. Washington, DC has already started to close bars, restaurants and parks due to the spread of the coronavirus. Not only is social distancing a best practice, it is the only option available to most of us as daily life begins to shut down across the region.

The CDC has recommended all gatherings with 50+ people be postponed for 8 weeks. We are hoping that these guidelines will improve once our communities get a handle on the spread of the virus. We will have another update to you on the status of our winter season the week of 4/6.

Looking ahead, we are still anticipating to run bocce this spring. The start of the season will most likely be pushed back in accordance with local & federal guidelines around events & gatherings. While we don't have all the answers regarding our spring program today, we are planning to proceed with the season once it is deemed safe to do so.

This is certainly the biggest challenge the DC Bocce League has ever had to face since we began operating in 2004. Truth be told, if the pandemic gets out of hand, it could drive us out of business altogether. Countless small businesses, independent contractors, and tipped & hourly wage workers across this country are struggling with the same fears. To anyone who is struggling, please know you are not alone! We are all in this together, come hell or high water. Don't hesitate to ask for help from a friend, family member, or even your friendly neighborhood bocce league :)

We urge you to continue to follow all guidelines posted by state & federal officials. Wash your hands & maintain a safe distance at all times. And if you're in a position to provide help to those in need, consider donating to your local food bank, homeless shelter, or give blood.

CONGRATULATIONS Jermar Rountree, our 1st place winner in the DC Bocce League Photo Contest! We loved the composition of your photo at Hook Hall this past winter. Cheers! Only 2 days left to catch early-bird pricing on all spring leagues & save $10! Don't miss out: http://www.dcbocce.com/leagues/bocce

Don't miss out on your chance to win. All photos must be received by MIDNIGHT MARCH 1, 2020! http://ow.ly/ncvH50yyLqB